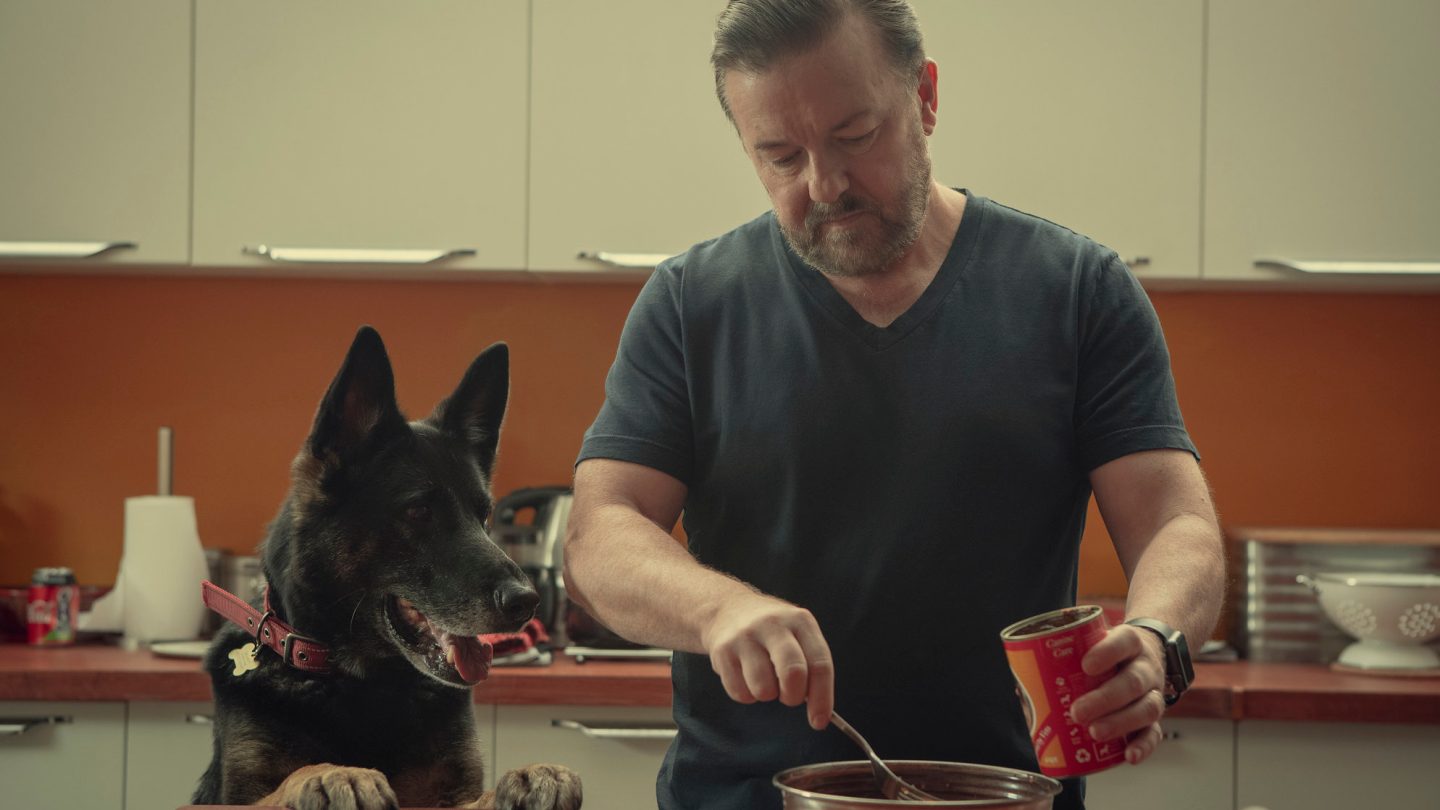 In taking a look at the most-watched shows on Netflix over the past month, I was utterly pleased to learn the fate of a series I quickly binged when it was released towards the end of April — and which many of you did, too, considering that it’s at the top of our new ranking for the month.

Season 2 of the Ricky Gervais-led series After Life actually debuted on the streamer in April, but it was close enough to the end of that month that I suspect many of you were like me and didn’t get around to it until May. I guess, with the crappy state of the world right now, I’m more susceptible to sappy art — either that or Gervais’s performance as a grieving widower who works as a small-town newspaper journalist in After Life is even better than I realize. Either way, I found the series’ sophomore season to be the perfect quarantine binge, and so have the millions of monthly users of the streaming search engine service Reelgood, which shared with us their data showing which Netflix series were the most popular among its users for the month of May.

You can see the full list for the month at the bottom of this post. After Life, we should add, was received so well by Netflix users that it inspired Gervais to make a rare departure from his usual TV formula. Normally, his TV projects consist of two seasons and a one-off special episode. Going into the new season of After Life, the comic and actor said he’d press on with a third season only if fans responded well to this one, and, indeed, they did — and Gervais is not only working on a new season of the show. He’s also reached an overall production pact with Netflix that includes bringing new scripted projects and standup specials to the streamer.

Other top draws in May for Netflix, meanwhile, included Season 2 of Dead to Me, which premiered in May, as well as recurring favorites like Ozark, Breaking Bad, and the hit Spanish-language series Money Heist. Regarding the latter, I’m thinking of making it my next Netflix binge, because I’ve found myself drawn to something a lot of people have become newfound fans of during the quarantine (when we’re stuck at home and can’t travel anywhere): Foreign series, especially with sumptuous visuals that give you an incredible taste of the world until things get back to normal, whatever that means.

As promised, here are May’s most-watched series on Netflix, as determined by Reelgood: