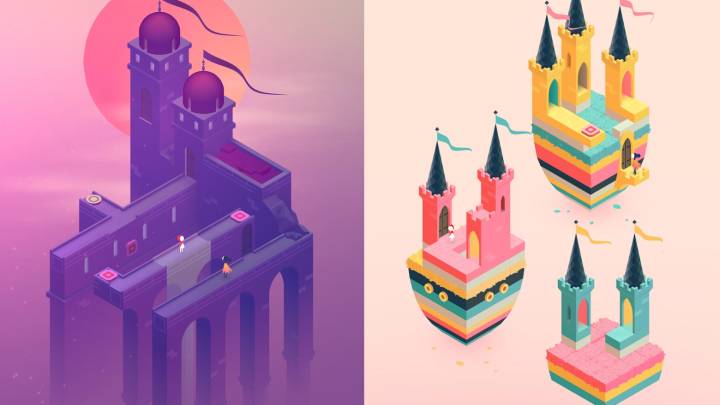 Monument Valley was one of the best games of 2014, mixing gorgeous art with some of the most rewarding and visually interesting puzzles of any mobile game. On Monday, in the middle of Apple’s WWDC 2017 keynote, the developer surprised everyone by launching its sequel on the App Store.

“Guide a mother and her child as they embark on a journey through magical architecture, discovering illusionary pathways and delightful puzzles as you learn the secrets of the Sacred Geometry,” reads the App Store description. “Help Ro as she teaches her child about the mysteries of the valley, exploring stunning environments and manipulating architecture to guide them on their way.”

In addition to featuring a standalone story, two characters and completely new mechanics with which to solve puzzles, Monument Valley 2 has taken a step forward when it comes to graphics as well:

Although you don’t need to have played the first game to enjoy Monument Valley 2, there’s a reason that Monument Valley was crowned Game of the Year in 2014. These are some of the most inventive and sensory puzzle games you’ll ever play on a mobile device, so pick both up if you can.

As developer ustwo games says on its website, Monument Valley 2 is available exclusively on the App Store for iPhone, iPad and iPod touch. Monument Valley launched on both the App Store and Google Play, so it’s unclear if this is a limited exclusivity deal or something more permanent. We’ll be sure to provide an update when we find out, but for now, if you have an iOS device, go get Monument Valley 2.