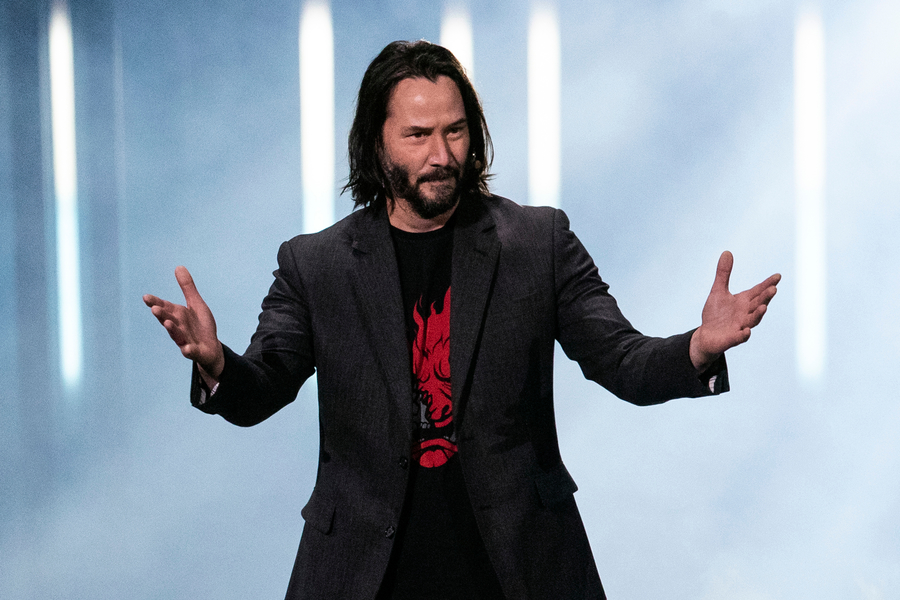 There’s no denying Keanu Reeves is one of the most bankable action movie stars on the planet right now — so in demand that he’s even being sought out for cameos in quirky Netflix rom-coms (Always Be My Maybe) and to voice animated movie characters (Toy Story 4). His John Wick: Chapter 3 – Parabellum premiered to positive reviews a few weeks ago, and all of this has actually started to beg a particular question about his future:

At what point will Marvel Studios finally find a way to bring him into the Marvel Cinematic Universe?

Marvel Studios president Kevin Feige, in a new interview with ComicBook.com, gave us a kind-of answer. One that’s short of specifics like an actual date and movie vehicle for the star. But he did at least confirm — yes, Marvel has actually been talking with Keanu for “almost every film we make.” It thus seems like it will eventually happen, it’s just a matter of when.

“We talk to Keanu Reeves about… I don’t know when, if, or ever he’ll join the MCU, but we very much want to figure out the right way to do it,” Feige told the outlet, after confirming that talks with Keanu have been ongoing.

This comes in the heels of our report that Marvel had been rumored to be looking to formally add Keanu to The Eternals, with a source telling MCU Cosmic that The Eternals is in the works now at Marvel, though it’s not known who Keanu would portray in the movie.

We may not have to wait long to see if Marvel is indeed successful in roping in the John Wick star. The studio may start unveiling titles for the eight new unnamed MCU films it’s already given us dates for. Presumably, that will start happening in the wake of the release of Spider-Man: Far From Home.