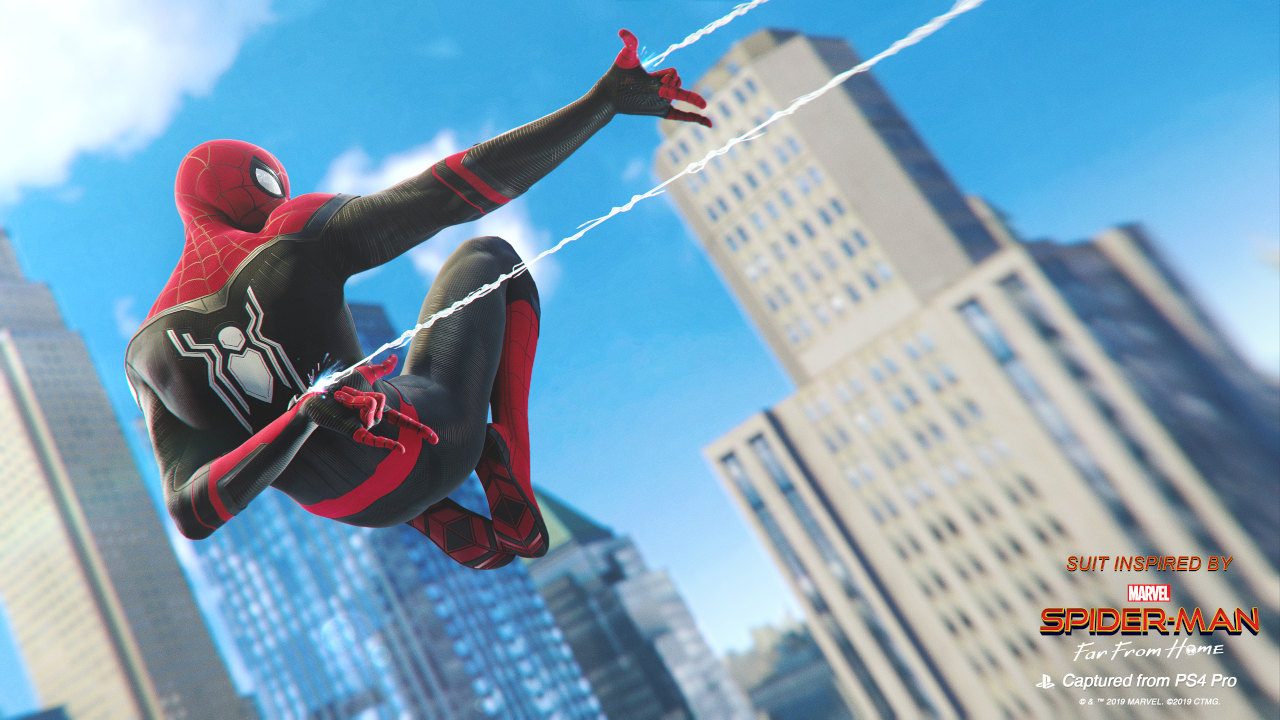 Despite Avengers: Endgame having returned to theaters after a record-setting run this spring, the Marvel Cinematic Universe continues to march on, as Spider-Man: Far From Home hit the big screen this week. Endgame finished the Infinity Saga that kicked off over ten years ago with the release of Iron Man, but Far From Home is actually the final movie of Phase 3. And if the reviews are anything to go by, it’s a must-see.

In celebration of the movie’s release, Insomniac Games has returned to its PS4 exclusive title, Marvel’s Spider-Man, to add two new suits for players to acquire. As with all of the other suits Insomniac has added in the months since the game launched, these Far From Home-themed costumes are completely free.

This isn’t the first time Insomniac has added free suits to the game. Last December, the team added the Webbed Suit from the original Spider-Man film trilogy. Then in January, the Bombastic Bag-Man and Future Foundation suits were introduced into the game. And if you want even more suits, you can pick up the three-part expansion series — The City That Never Sleeps — for $24.99 on the PlayStation Store.

No other post-launch content is currently planned for Marvel’s Spider-Man, but we can hope that Insomniac Games continues to sprinkle in an occasional new suit in the months to come.