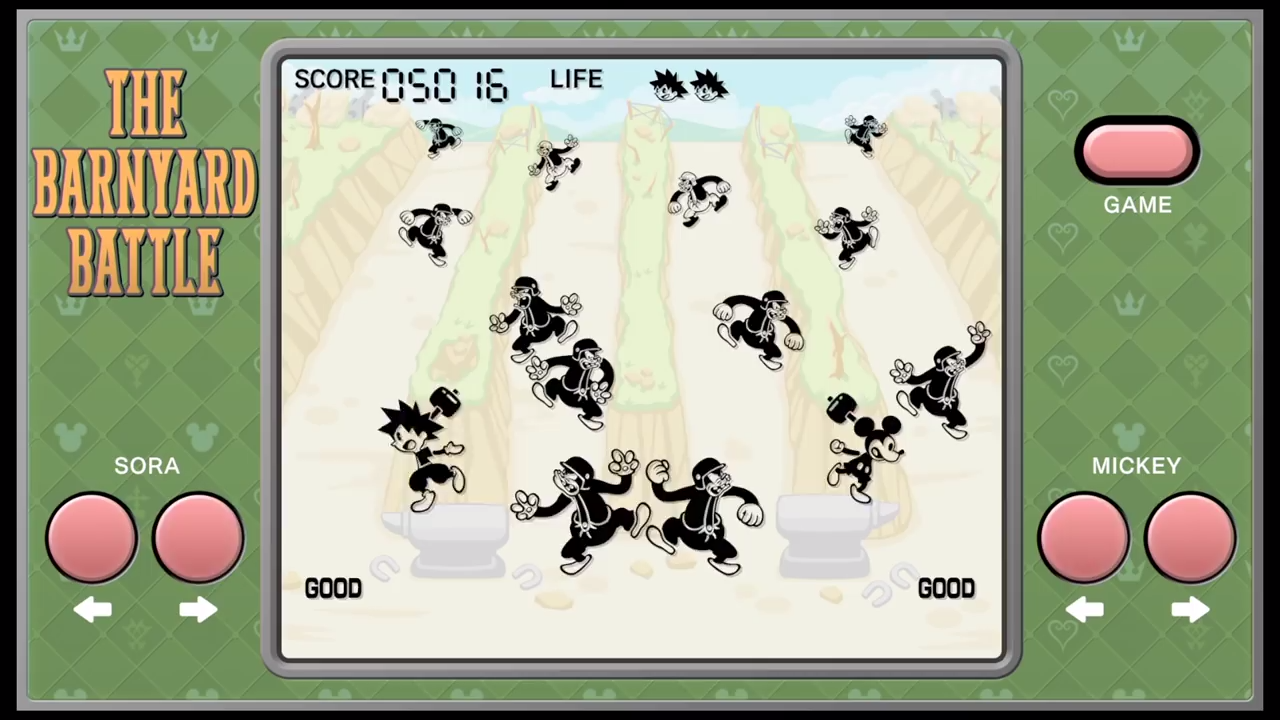 There aren’t many game studios that can keep fans interested in an unreleased game for years on end, but Square Enix has made a habit of it. Officially confirmed to be in development in 2013, Kingdom Hearts III has been among the most anticipated sequels in the gaming world ever since Kingdom Hearts II launched in 2006. Unfortunately, the game still doesn’t have a release date, but Square Enix did share a new trailer over the weekend.

Making its debut at a Kingdom Hearts fan event on Sunday, the new Classic Kingdom trailer showcases a series of retro-style minigames that will appear in Kingdom Hearts III. The minigames seem to be inspired by the classic Game & Watch handheld games, with the main character Sora even receiving a portable system in-game.

The minigames we see in the trailer include The Barnyard Battle, The Karnival Kid, Giantland, and Musical Farmer, but Kingdom Hearts Insider claims that there will be over 20 LCD games in all. Mickey Mouse (or King Mickey, as he is know in the Kingdom Hearts universe) appears to be prominently featured alongside Sora in all of the minigames, though other characters such as Minnie, Donald and Goofy show up as well:

It’s unclear how the portable game machine will fit into the game as a whole, or when the player will gain access to the device, but it looks to be an interesting distraction between taking out the Heartless and doing battle with villains. For now, Kingdom Hearts III is still slated to launch before the end of the year.