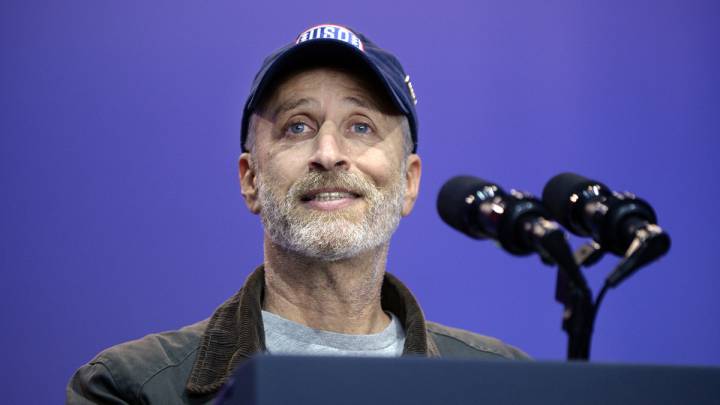 With the US presidential election now less than one week away, there was precious little chance that comedian and former Daily Show host Jon Stewart would focus on anything else during his special appearance at the Stand Up For Heroes benefit in New York on Tuesday night. The benefit, which took place at New York’s Madison Square Garden and was hosted by The Bob Woodruff Foundation, sought to raise money to help current and former United States military personnel and their families. Stewart was one of several comedians in the star-studded lineup, but he might have stolen the show when he turned to Trump and discussed his bizarre Twitter battle with the Republican presidential candidate.

As is always the case, The Bob Woodruff Foundation managed to bring together a truly impressive lineup of stars on Tuesday night at the Garden. Among them were Louis C.K., Jerry Seinfeld, Jim Gaffigan and Bruce Springsteen. But all eyes turned to Jon Stewart when the comedian took the stage with just one week to go until election day. The topic of conversation, needless to say, was Donald Trump.

Stewart didn’t put together any one-liners or elaborate routines for the benefit. Instead, he simply told the story of his recent Twitter battle with the presidential hopeful. It began with a pair of tweets from Trump that seemingly came from out of nowhere to attack Stewart, and things only got worse and more petty from there. The full clip of Stewart’s account is embedded below.