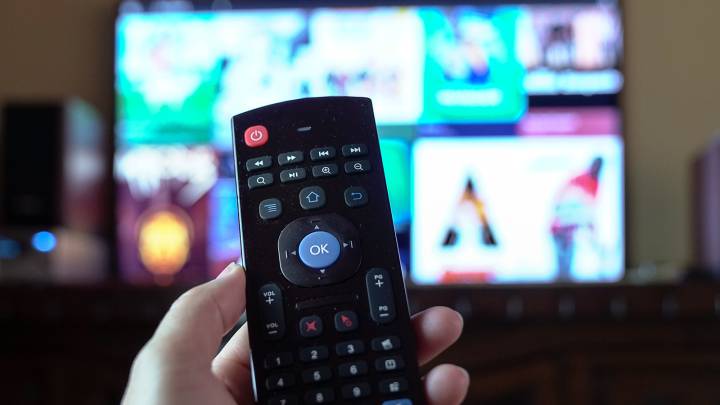 Netflix is fantastic, especially during the novel coronavirus pandemic when many of us are spending a whole lot more time at home than usual. There are thousands upon thousands of movies, full seasons of TV shows, and specials to enjoy on Netflix, and more than 100 new additions are added to the streamer’s catalog each month here in the US. Here’s a list of 60 new movies and shows coming to Netflix in August 2020 — and those are just the Netflix originals that are set to premiere this month. There’s also plenty of content being added to Netflix that’s licensed from other studios, of course.

If you’re a horror movie fan, all that content is a blessing and a curse. Yes, there are tons of terrific horror movies in Netflix’s huge content catalog, but Netflix doesn’t typically promote it much. That means people browsing Netflix will find hundreds upon hundreds of dramas, action flicks, comedies, and other types of movies for every few horror movies they come across. Lucky for you, we dug through the deepest depths of Netflix’s US catalog to find 10 hidden gems that every horror movie fan should watch. From chilling thrillers like Hush and The Girl with All the Gifts to eerie flicks like The Autopsy of Jane Doe and Creep, we’ve got all the bases covered. You’ll even find a gloriously gory horror-comedy in Tucker & Dale vs Evil, which is a phenomenal flick that you’ll definitely want to watch before it disappears in September — or rewatch if you’ve already seen it.

Check out the full list of all 10 horror movies below, complete with trailers, synopses, and links to stream each film on Netflix.

In this heart-pounding thriller from acclaimed writer and director Mike Flanagan (Oculus, Before I Wake), silence takes on a terrifying new dimension for a young woman living along in the woods. Author Maddie Young (Kate Siegel) lives a life of utter isolation after losing her hearing as a teenager. She’s retreated form society, living in seclusion and existing in a completely silent world. But one night, the fragile world is shattered when the masked face of a psychotic killer appears in her window. Without another living soul for miles, and with no way to call for help, it appears that Maddie is at the killer’s mercy… but he may have underestimated his prey. As this horrifying game of cat and mouse escalates to a breathless fever-pitch, Maddie must push herself beyond her mental and physical limits in order to survive the night.

Tucker & Dale vs Evil is a hilariously gory, good-spirited horror comedy, doing for killer rednecks what Shaun of the Dead did for zombies. Tucker and Dale are two best friends on vacation at their dilapidated mountain house, who are mistaken for murderous backwoods hillbillies by a group of obnoxious, preppy college kids. When one of the students gets separated from her friends, the boys try to lend a hand, but as the misunderstanding grows, so does the body count. Tucker & Dale vs Evil has been a hit on the festival circuit, debuting at Sundance, and winning the Midnight Audience Award at SXSW, the Jury Prize for First Feature at Fantasia, the Best Director award at Fantaspoa, and the Best Motion Picture Award at Sitges. — (C) Official Site

Shideh (Narges Rashidi) and her family live amid the chaos of the Iran-Iraq war, a period known as The War of the Cities. Accused of subversion by the post-Revolution government and blacklisted from medical college, she falls into a state of malaise. With Tehran under the constant threat of aerial bombardment, her husband (Bobby Naderi) is drafted and sent to the frontlines by the army, leaving Shideh all alone to protect their young daughter, Dorsa (Avin Manshadi). Soon after he leaves, a missile hits their apartment building and while failing to explode, a neighbor dies under mysterious circumstances and Dorsa’s behavior becomes increasingly erratic. Shideh finds herself slowly drawn into the ensuing turmoil, struggling to cling onto what is real and what is not. Searching for answers, she learns from a superstitious neighbor that the cursed missile might have brought with it Djinn – malevolent Middle-Eastern spirits that travel on the wind. Convinced that a supernatural force within the building is attempting to possess Dorsa, Shideh has no choice but to confront these forces if she is to save her daughter and herself.

Watch Under the Shadow on Netflix

The near future humanity has been all but destroyed by a mutated fungal disease that eradicates free will and turns its victims into flesh-eating “hungries”. Only a small group of children seem immune to its effects. At an army base in rural England, this group of unique children are being studied, subjected to cruel experiments by biologist Dr. Caldwell. Despite having been infected with the zombie pathogen that has decimated the world, these children retain normal thoughts and emotions. And while still being subject to the craving for human flesh that marks the disease these second-generation “hungries” are able to think and feel making them a vital resource in the search for a cure. The children attend school lessons daily, guarded by the ever watchful Sergeant Parks. But one little girl, Melanie, stands out from the rest. Melanie is special. She excels in the classroom, is inquisitive, imaginative and loves her favourite teacher Miss Justineau. When the base falls, Melanie escapes along with Miss Justineau, Sergeant Parks and Dr. Caldwell. Against the backdrop of a blighted Britain, Melanie must discover what she is and ultimately decide both her own future and that of the human race.

Watch The Girl with All the Gifts on Netflix

The Autopsy of Jane Doe

It’s just another night at the morgue for a father (Brian Cox) and son (Emile Hirsch) team of coroners, until an unidentified, highly unusual corpse comes in. Discovered buried in the basement of the home of a brutally murdered family, the young Jane Doe-eerily well preserved and with no visible signs of trauma-is shrouded in mystery. As they work into the night to piece together the cause of her death, the two men begin to uncover the disturbing secrets of her life. Soon, a series of terrifying events make it clear: this Jane Doe may not be dead. The latest from Trollhunter director Andre Ovredal is a scarily unpredictable, supernatural shocker that never lets up.

Watch The Autopsy of Jane Doe on Netflix

When her husband’s sex game goes wrong, Jessie (Carla Gugino) — handcuffed to a bed in a remote lake house — faces warped visions, dark secrets and a dire choice. Based on the novel by Stephen King, Gerald’s Game was directed by Mike Flanagan.

London, 1905. Prodigal son Thomas Richardson (Dan Stevens) has returned home, only to learn that his sister is being held for ransom by a religious cult. Determined to get her back at any cost, Thomas travels to the idyllic island where the cult lives under the leadership of the charismatic Prophet Malcolm (Michael Sheen). As Thomas infiltrates the island’s community, he learns that the corruption of mainland society that they claim to reject has infested the cult’s ranks nonetheless – and uncovers a secret far more evil than he could have imagined. Written and directed by Gareth Evans (THE RAID), APOSTLE is a harrowing occult fable where the only thing more horrifying than madness is the sinister reality behind it.

When troubled musical prodigy Charlotte (Allison Williams) seeks out Elizabeth (Logan Browning), the new star pupil of her former school, the encounter sends both musicians down a sinister path with shocking consequences.

Watch The Perfection on Netflix

Looking for work, Aaron (Patrick Brice) comes across a cryptic online ad: “$1,000 for the day. Filming service. Discretion is appreciated.” Low on cash and full of naiveté, he decides to go for it. He drives to a cabin in a remote mountain town where he meets Josef (Mark Duplass), his cinematic subject for the day. Josef is sincere and the project seems heartfelt, so Aaron begins to film. But as the day goes on, it becomes clear that Josef is not who he says, and his intentions are not at all pure. The directorial debut of Patrick Brice and produced by Jason Blum (PARANORMAL ACTIVITY, INSIDIOUS) and Mark Duplass (SAFETY NOT GUARANTEED), CREEP’s intense interplay between its two protagonists upends expectations at every turn. (c) The Orchard

Jenn has washed ashore a small tropical island and it doesn’t take her long to realize she’s completely alone. She must spend her days not only surviving the elements, but must also fend off the malevolent force that comes out each night.