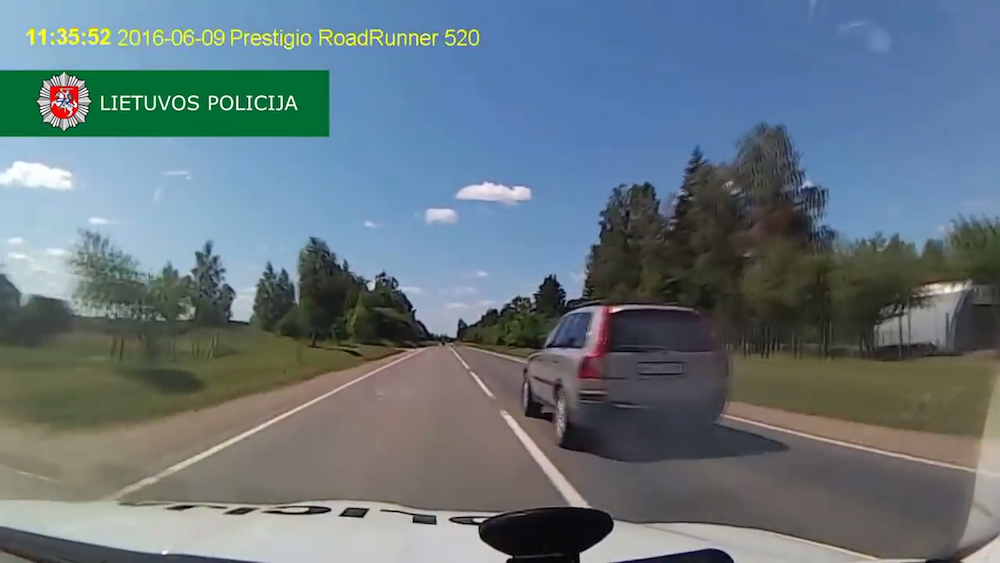 If you’re going to attempt to escape law enforcement in a car, you might as well go all out. At least, that appears to be the thinking behind one Lithuanian driver who, rather than simply pull over and accept his punishment, decided to reenact a chase scene from The Italian Job, putting several lives in danger in the process.

SEE ALSO: 10 things we all hate about blockbuster movies

According to the YouTube description, Lithuanian police released the following video on June 11th, showing a Volvo driver using the exhaust from his car as a smoke screen and tossing spikes out of the window in order to throw of his pursuers. He easily could have killed himself, the officers or any of the drivers that were nearly run off the road during the course of the chase, but the footage is stunning:

As several commenters noted, the driver just needed oil sleeks to complete his transformation into Spy Hunter. He probably also could have used a faster car, because it’s clear that unless the officers simply gave up, they were going to catch him eventually. We only get to see a glimpse of the “finale,” as it were, but it appears that the police were finally able to run the culprit off the road.

I know this is entirely unnecessary, but I’ll say it anyway: don’t try this at home.