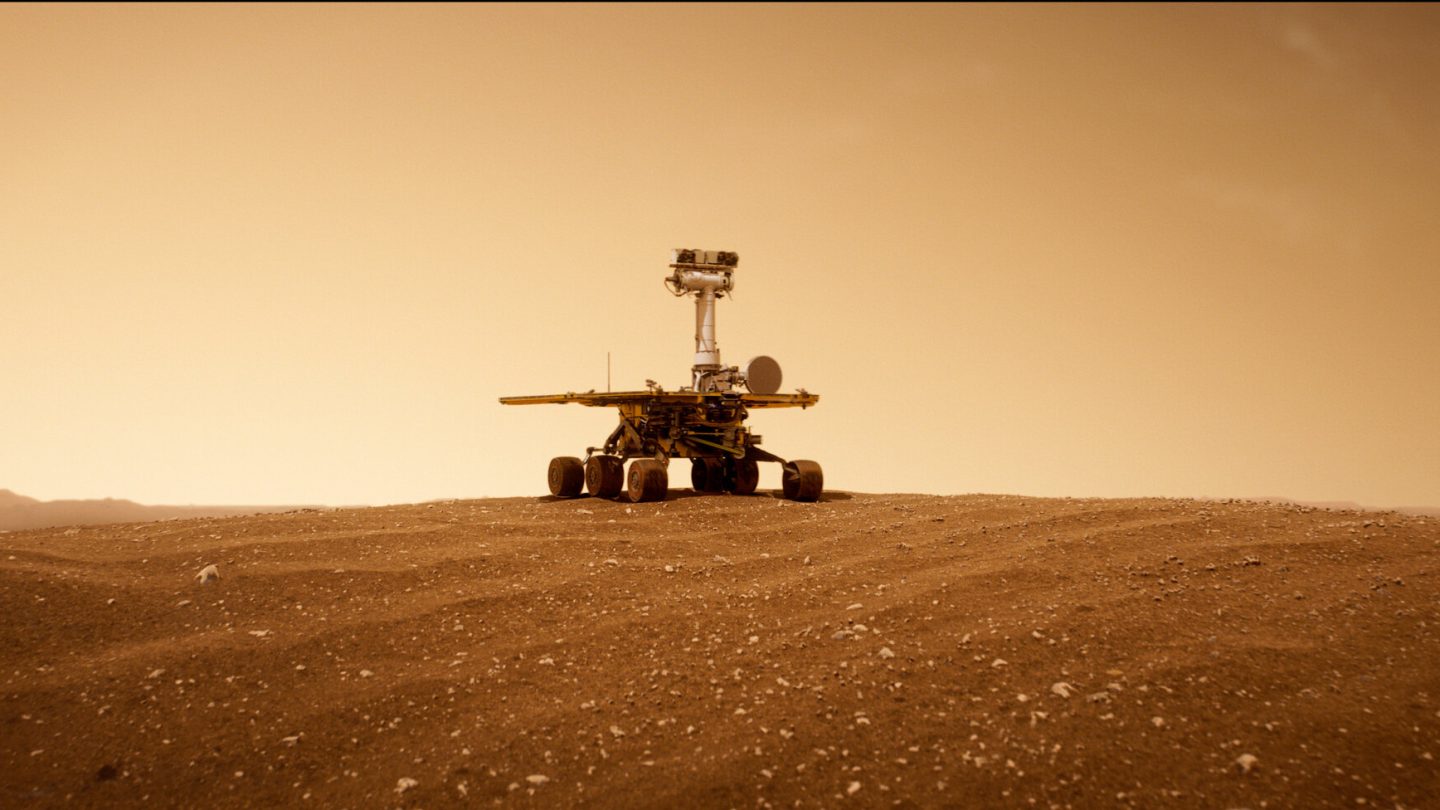 I’m a simple man — I see a new streaming release about a robot that looks like Wall-E, the adorable robot star of the greatest Pixar film of all time, and I instantly click, no questions asked. Then again, the title of this new Prime Video documentary release alone (Good Night Oppy) gives away what the film is all about, and lets you know that you might also want to keep a box of Kleenex nearby.

This documentary tells the story of the “Oppy” rover of NASA’s Opportunity mission, which used a solar-powered robotic rover to explore Mars for almost 15 years. Initially designed to last only three months, the rover ended up crawling its way across the Red Planet and enduring the harsh elements for almost a decade and a half, ultimately making practically everyone on the internet sob uncontrollably with the final messages that it sent back to earth in 2018 — messages that basically amounted to, “My battery is low, and it’s getting dark.”

NASA’s ambitious rover, which captivated so many of us with its 3D images of Mars’ rocky surface, was part of a mission that predated the launch of the iPhone by a few years. Oppy broke down for good in a spot on Mars’ surface that seems, in hindsight, especially fitting for this resilient piece of machinery: Perseverance Valley.

The end came when Opportunity was apparently swallowed up by a planet-wide dust storm that engulfed Mars, and it was forced to enter a standby mode after its solar power was cut off by the huge clouds of dust.

The Prime Video documentary follows Opportunity’s journey on Mars and the bond forged between the robot and the humans who built and took care of it from millions of miles away. The film debuted in select US theaters for a limited theatrical run starting on November 4, and it starts streaming on Prime Video on November 23.

I like to think that a documentary like Good Night Oppy is a bit of a litmus test separating the cynics from the kind of people who get emotional at the scope and grandeur of the universe.

Dr. Tanya Harrison, a geoscientist and mission operations specialist on multiple NASA Mars missions, is one of the latter. She penned a Medium post describing what an extraordinary experience it was to watch the documentary, reliving the Opportunity adventure all over again. The night that everyone said goodbye to Oppy, she writes, the tears flowed freely — as they did during a screening of Good Night Oppy.

“Some people in that room had spent literally decades of their life working on developing, building, and operating the rover,” Harrison writes about that night years ago. “It was something we all worked on day after day, to the point where your schedule bent to accommodate this little robotic explorer. It was an extension of us, venturing where we could not.”

There’s something restorative and truly special that happens between a group of people who band together to try and accomplish something bigger than themselves — all the more so, when that endeavor involves pressing against the bounds of what we know about the universe. Good Night Oppy is for them, and for people like them.