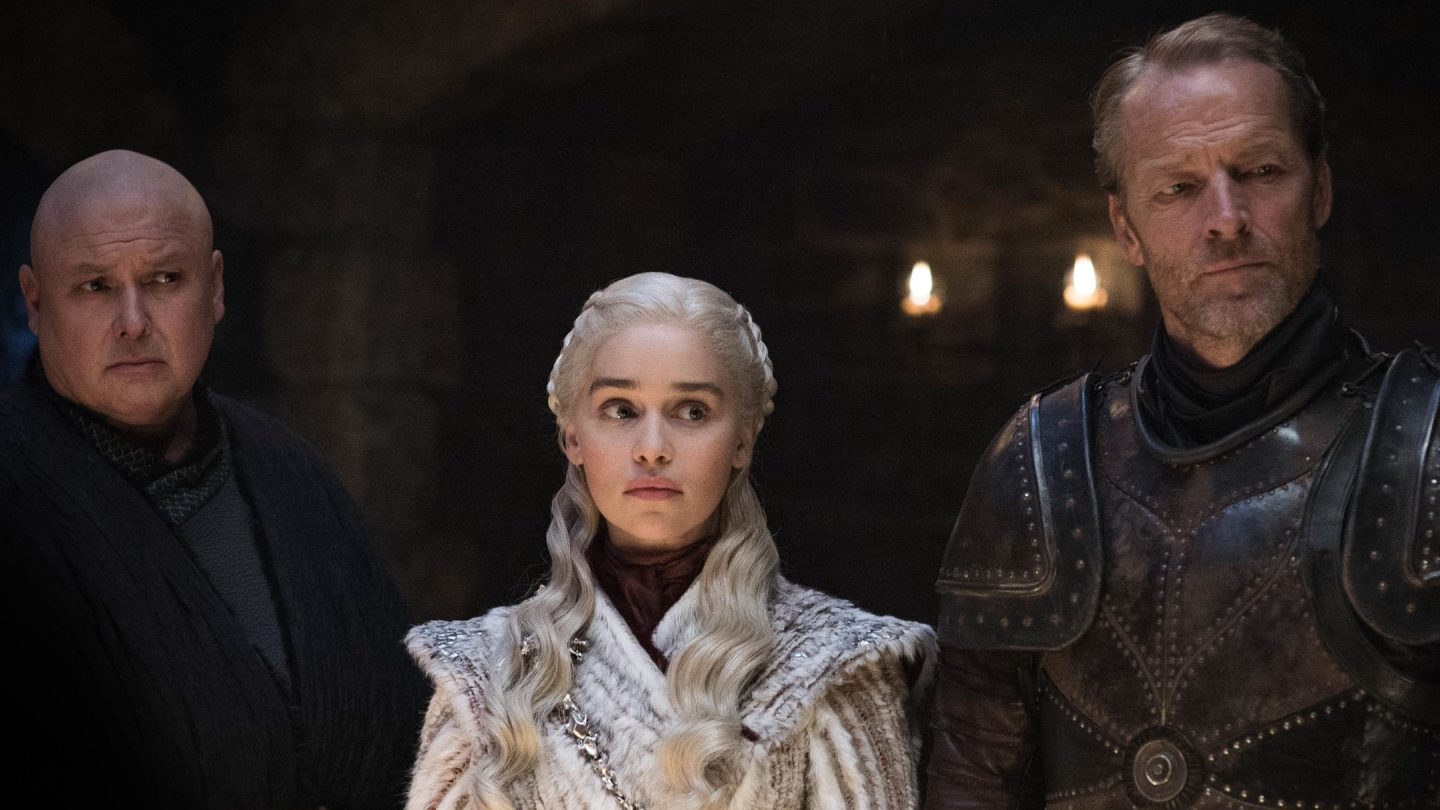 There were a few major, game-changing revelations and bombshells that Game of Thrones dropped on us in episode 1 this past Sunday that fans will be chomping at the bit to watch play out this weekend during episode 2, as the show’s eighth and final season draws to a close. Major plot twists, like the revelation Jon Snow, not Daenerys, is the true heir to the Iron Throne — and that he and Dany are also related, which will make for an awkward conversation given how “close” they’ve been.

You almost wonder if that revelation is the reason for the concern seen on everyone’s face in the image at the top of this post, which is part of a batch of new images from the show’s upcoming episode that HBO has just released.

Nothing by way of the plot is spoiled by HBO offering these images as a preview, but some of them will no doubt excite fans to see how what they depict plays out. At the end of the last episode, for example, we saw a hooded Jaime Lannister ride into Winterfell and be promptly stunned by the sight of the very much alive (relatively speaking) Bran Stark.

Which leads to the reception Jaime gets, as depicted in another of HBO’s new images from episode 2:

Most everyone else in the batch of new images is depicted along those same lines. Drinking, frowning, pondering, knowing things and not knowing things. Seriously, HBO, we get it. Eight seasons in, all of our thespians have mastered the art of the meaningful stare.

We joke, of course, because it’s not like the network is going to let the cat out of the bag early on anything important. And HBO certainly knows what it’s doing related to messaging and amping up fan interest in the final season. As we reported Monday, the season 8 premiere was watched by a record-breaking 17.4 million people.

Without further ado, here are some of the additional images HBO released today ahead of episode 2 of season 8, the full collection of which you can check out at Entertainment Weekly.