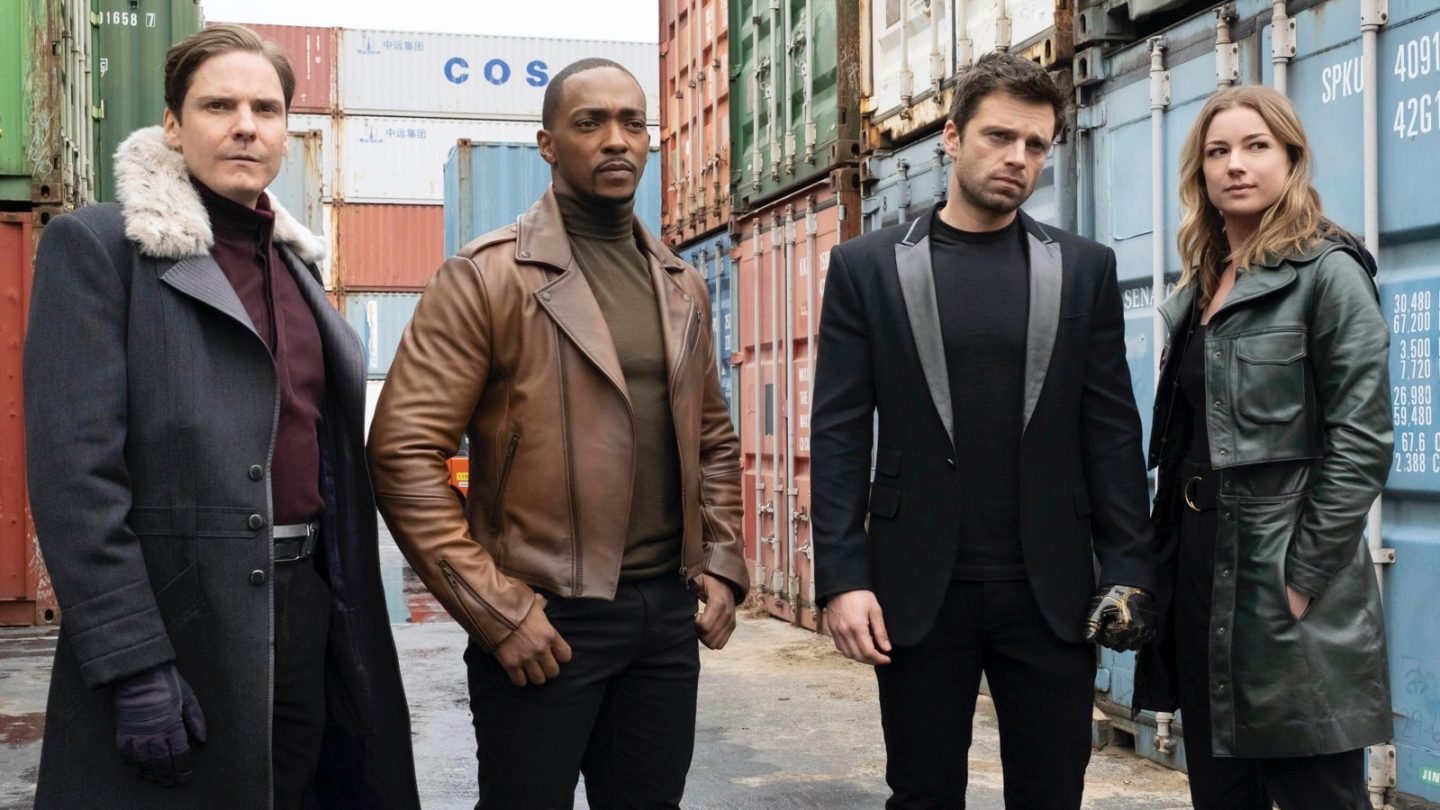 The Falcon and the Winter Soldier is the hottest show streaming on Disney+ or any other service right now. It feels like one long Marvel movie, which is what many fans seem to want. That’s not to say that WandaVision isn’t a fun show to watch or that Marvel doesn’t deserve recognition for trying a new approach in telling superhero stories, but Falcon manages to hit all the right notes while telling a more familiar story.

We don’t just get to explore Sam Wilson (Anthony Mackie) and Bucky Barnes (Sebastian Stan) more thoroughly than we could have in a traditional Captain America or Avengers film. We also discover exciting antagonists that could show up time and again in upcoming MCU Phase 4 adventures. Zemo (Daniel Brühl) and John Walker (Wyatt Russell) are at the top of the list of not-quite-villains who we’ll want to see in future films and TV series. Not to mention that we get to explore this broken world of the future, where people are still trying to deal with the massive blip that brought everyone back after five years. That’s a side of the MCU’s Earth we were never shown until now, and WandaVision only scratched the surface.

With two episodes to go, Marvel is now teasing the Falcon and the Winter Soldier fight scene we’ve all been waiting for since it began. And it has nothing to do with the surprise cameo in Episode 5 that we’ve been told to expect. Before you go any further, significant spoilers for the first four episodes follow below.

Episode 4 showed why Sam is the best choice for the Captain America role. Steve wasn’t wrong about him, which is what Bucky feared earlier in the series. John Walker lost his cool and did the unthinkable. He let rage control him, something we’ve been expecting to happen ever since that locker room conversation. Walker would not be the first superhero to let emotion guide him, even if that meant hurting the ones he loves. The difference is that Walker’s Cap doesn’t have a functional moral compass. Where others might have stopped, Walker went all the way, killing a foe who had already surrendered. The world was watching and recording, but nobody dared intervene.

Sam and Bucky arrived too late to stop the new Captain America from murdering in cold blood. That’s how Episode 4 ended, and there’s no question that we’ve reached a tipping point. Sam and Bucky will surely confront Walker the first chance they get, and they’ll probably want the shield back. That’s what every fan would speculate after Episode 4, especially given those Falcon trailers showing Sam and Bucky training with the shield.

On Monday, Marvel released an 84-second sneak peek video that recaps everything that has happened so far in the series. The best part comes right at the end of the clip, where Walker, still wearing the Captain America uniform, sits alone in a warehouse when Sam and Bucky appear. They’re wearing the exact same outfits as in the final scenes of Episode 4, so this fight seems to happen early in Episode 5.

“We don’t want anyone else to get hurt,” Sam says.

“You don’t want to do this,” Walker warns, but Bucky disagrees.

“Yeah, we do,” he says, before the camera cuts.

Walker won’t give up the shield willingly, especially now that he has the same powers as Steve. We’re likely going to get a fight about as epic as the finale of Captain America: Civil War. Back then, Tony Stark (Robert Downey Jr.) fought against Steve Rogers (Chris Evans) and Bucky. Their friendship prevented a fatal outcome. This time around, there’s a clear disconnect between the two sides. Sam and Bucky aren’t exactly best friends, but they’ve been against Walker from the day he took the job. And Walker’s animosity towards them has not been a secret. That’s not to say that any of the three characters will die, just that Marvel isn’t going for a repeat of that iconic fight.

This climactic battle might not even be the best part of Episode 5 — if it takes place in Episode 5 at all, that is. We’ve already been told to expect significant emotional development in this Falcon and the Winter Soldier episode, as well as a mysterious cameo that’s supposed to be a Marvel superhero we’ve never seen in the MCU.

Episode 5 premieres on Disney+ on Friday. The sneak peek that Marvel just released follows below:

Marvel The Falcon and the Winter Soldier