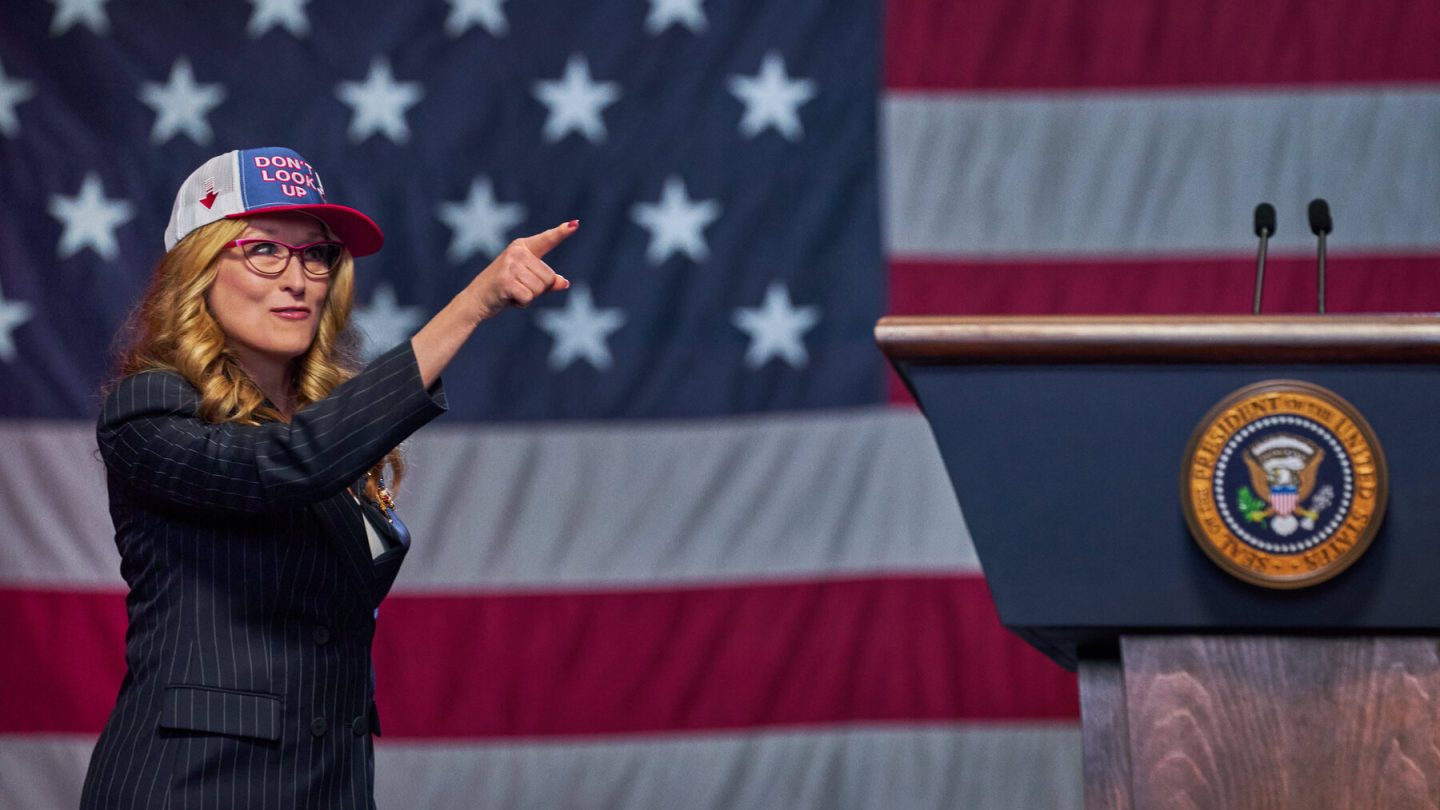 Netflix has a ton of great original movies to stream. Don’t Look Up is not one of them.

I can’t stress this point enough about the new star-packed film from director Adam McKay that’s now available on Netflix. It is so painfully un-entertaining, so full of sound and fury signifying nothing, and so condescending toward the targets of the film’s ire that a much better and more accurate title for this one would have been Don’t Watch This. Indeed, this is a climate change screed — starring Leonardo DiCaprio, Jennifer Lawrence, Meryl Streep, Jonah Hill, and a bunch of other high-profile actors — that’s so unfunny you really have to force yourself to finish it. The only sort-of redeeming quality about it is the message, but we’ll get to that.

I’m not an outlier here, by the way. Given the caliber of the cast that McKay & Co. assembled for the movie, a certain amount of fawning press attention was to be expected. As we got closer to the streaming release date the day before Christmas, however, I started to feel a little vindicated:

From The Wall Street Journal: “Don’t Look Up review: A Cosmic Disaster”

Polygon: “Don’t Look Up is a hellishly unfunny ride through The Discourse”

The Daily Beast: ” … It’s not a film with anything particularly interesting to say …”

Here’s really all you need to know going into Don’t Look Up. Kate Dibiasky, played by Jennifer Lawrence, is a perpetually-scowling astronomy graduate student. She and her professor Dr. Randall Mindy (played by a staggeringly unlikeable Leonardo DiCaprio here) make, as Netflix teases, “an astounding discovery of a comet orbiting within the solar system.”

The problem? It’s on a collision course with Earth. The even bigger problem is that the TV-addled, social media-obsessed generation in the movie that’s about to get annihilated does not care. So Leo and J-Law’s characters go on a splashy media tour that takes them from the idiocy of morning TV to the idiocy of President Janie Orlean’s White House (wherein the nation’s chief executive is played by Meryl Streep). Nothing matters. No one cares. No one wants to “look up.”

One last big Netflix original for the year

Look, I get the point here. Earth is hurtling toward real-life catastrophe thanks to not only the planet’s collective inaction vis a vis climate change. But also as a consequence of our terrible choices that will only hasten the worst-case outcomes.

In press materials that accompany Don’t Look Up, McKay recounts how an analogy kept popping up in conversation with one of his longtime friends, journalist David Sirota. “It’s like a comet is going to hit Earth and no one cares. And at one point, I said: ‘That’s it. That’s the movie.’ Sometimes it’s as simple as that.”

Unfortunately, in my opinion, the movie that apparently resulted from that premise veers too often into “Why can’t you idiots see what big idiots you all are?” narrative territory. While a point that seems lost on everyone involved in making this film is that no matter how valid or urgent your message is? No one is going to listen to you if, you know, you make them hate you.

It’s like if you turned Al Gore’s documentary An Inconvenient Truth into a two-hour, fictionalized dark comedy. One in which everyone is an idiot.

Verdict: Skip this one

Written by McKay, based on a story from Sirota, this thing has been described as a comedy. It is very much not that. To borrow a great line from Polygon’s review, humor is subjective. But citing an example of any of the jokes in Don’t Look Up would be unfair. Because it would spoil one of maybe three times you’ll laugh in the whole movie.

So, to recap: This movie is not funny. It’s not a particularly enjoyable watch. And the self-assured smugness of the unlikeable protagonists is only surpassed by the contempt the filmmakers apparently feel for anyone not sufficiently outraged by reality. Even though the forces at work depriving us of a meaningful conversation around climate change at the national level are much more nuanced and textured than what’s presented in this movie.

All of us don’t take our cues from the low-tier babble of morning TV. Or spend our free time tweeting. Or wrap ourselves up in the lives of pop stars like Ariana Grande, who’s in this movie for some reason and contributed a  song to the plot.

You could always skip this one and just go re-watch something like 1998’s Armaggedon. Except, this time, just pretend it’s your own fault.