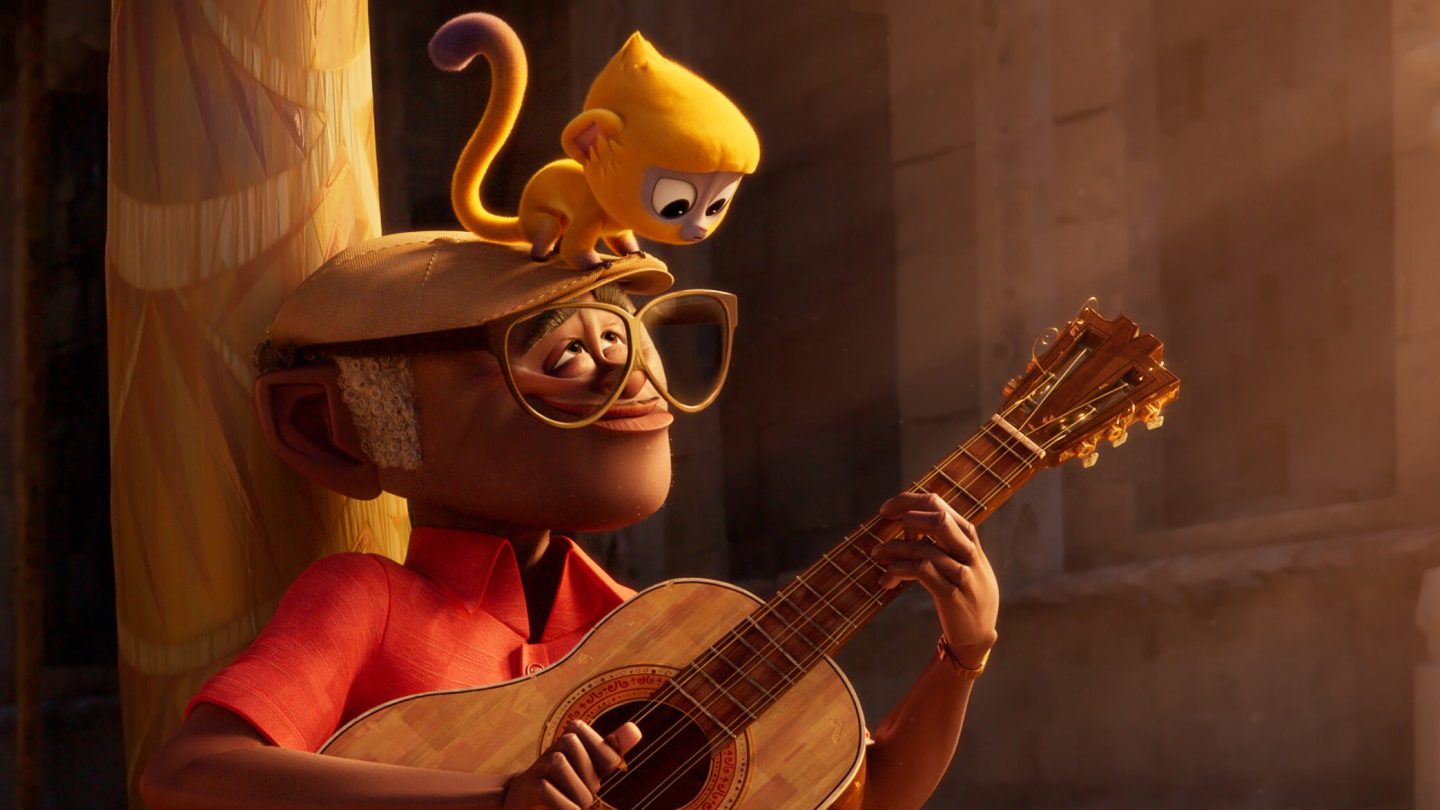 In one sense, Netflix’s new animated original film Vivo — #3 on the service’s overall Top 10 list today — has a story we’ve all encountered a million times before. An improbable hero sets out on a quest. The journey is exceedingly perilous. He meets danger, and unexpected allies, along the way. The new Vivo movie, however, is just different enough in its handling of these familiar elements to be a memorable addition to this narrative genre.

The story: “All my love … I put it into a song,” is what Andres, a Havana musician who performs in the plaza, tells his beloved kinkajou (voiced by Lin-Manuel Miranda) at one point in this sweet musical adventure. And so Andres tasks the kinkajou with delivering an important package. It contains the song and a love letter declaring Andres’ affection for Marta. She’s the love of his life, and voiced by Gloria Estefan.

One thing that’s also especially interesting about this animated romp is that it actually pre-dates Miranda’s post-Hamilton creative spurt. He reportedly pitched it originally to DreamWorks back in 2010, years before Hamilton would ever hit the stage. One thing led to another, and the project ultimately became a Sony Animation film, originally set for release in 2020. It got bumped to 2021, shifted to Netflix, and here we are.

“Vivo follows a one-of-kind kinkajou (aka a rainforest “honey bear,” voiced by Miranda), who spends his days playing music to the crowds in a lively square with his beloved owner Andrés,” Netflix’s official synopsis explains.

“Though they may not speak the same language, Vivo and Andrés are the perfect duo through their … love of music. But when tragedy strikes shortly after Andrés receives a letter from the famous Marta Sandoval … inviting her old partner to her farewell concert with the hope of reconnecting, it’s up to Vivo to deliver a message that Andrés never could.”

Vivo’s debonair style was inspired by the distinguished and sophisticated gentlemen of old Havana as well as Golden Age stars such as Gene Kelly and Frank Sinatra. He’s unflappable, smooth, and his hat *always* sits at the right angle. pic.twitter.com/x3Kvj8UbnU

The cast and the music

The Vivo movie, we should add, is also one of the more star-packed releases in August from Netflix, with the cast including Zoe Saldana and Brian Tyree Henry, along with Miranda and Estefan. It was directed by Oscar nominee Kirk DeMicco (The Croods), co-directed by Brandon Jeffords (Cloudy with a Chance of Meatballs 2), and written by Quiara Alegria Hudes (In the Heights).

“Vivo came into my life a long time ago, just after I had finished writing In the Heights,” Manuel explains in Netflix’s press material for the movie. “So I started writing the songs way back in 2009, and then obviously it got pushed. When we revisited the project with Sony Animation, and with Quiara attached as the screenwriter, we totally rediscovered this journey.”

Miranda wrote eight original songs as well as a grand finale for the Vivo movie. According to the streamer, they serve as a love letter to Cuban music. “With a dash of Caribbean and hip-hop influences added to the mix.”