Have you ever taken a step back and really thought about just how staggeringly large has become? When I was young, all that “Disney” represented was theme parks and animated feature films.

But over the past several decades, has become a conglomerate with few, if any, equals. is one of the biggest media companies in the world, and even if you have an interest in the world of media, you still might not have a complete grasp on just how far-reaching the empire has become.

On the heels of the 21st Century Fox acquisition, the web of companies that are now owned in part or in whole by has gone from staggering to completely overwhelming. In order to help us sort through it all, TitleMax has put together an infographic that attempts to round up each and every property that has acquired or created over the years. Avengers: Endgame (a movie) is said to be over three hours long, but sorting through this entire map might actually take longer than that. You can click on the image for a better view: 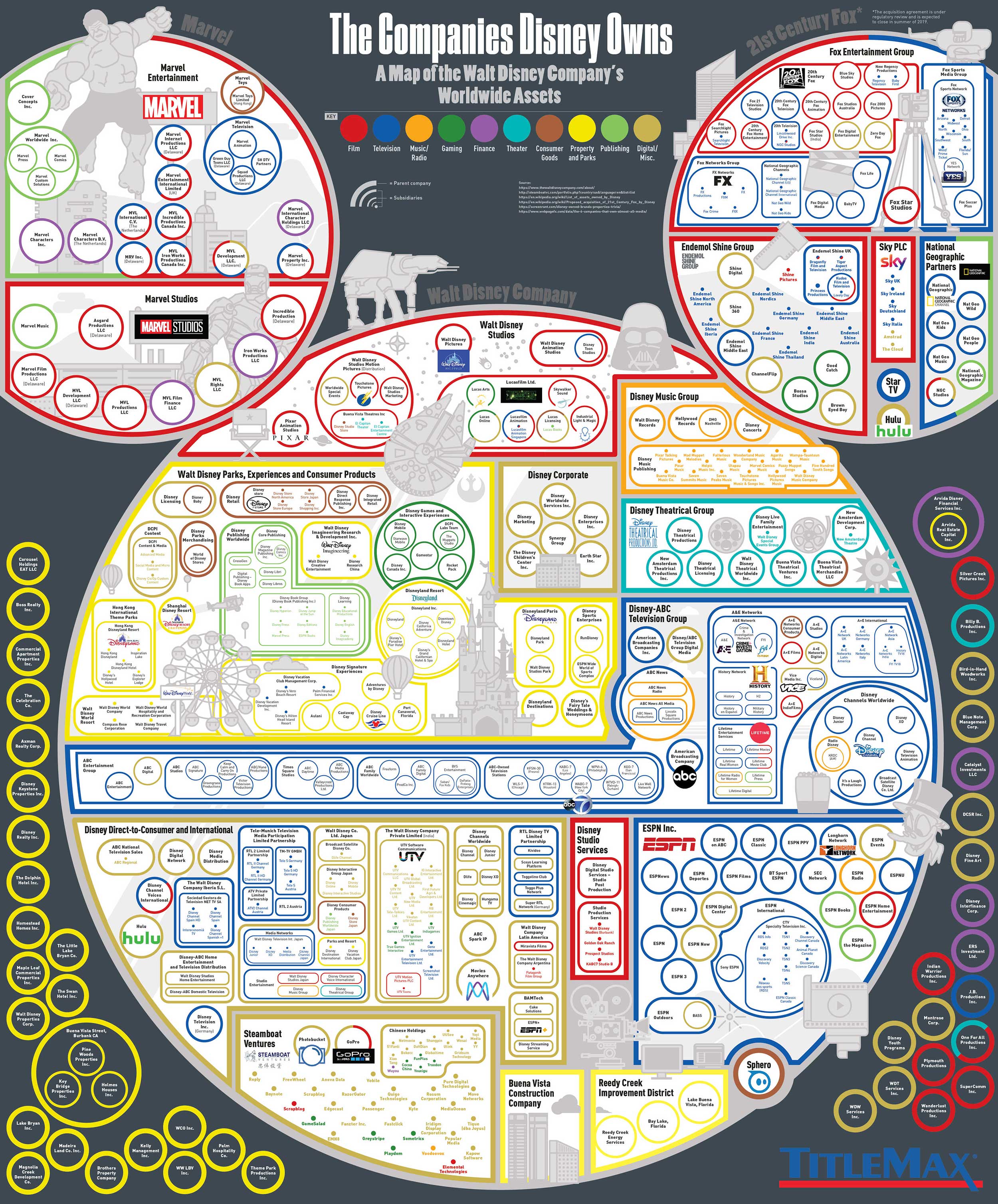 Outside of Marvel and Fox, owns Lucasfilm (and the Star Wars franchise), ABC, , Touchstone Pictures, Pixar, and cable channels such as A&E, The History Channel, and Lifetime. Just think about how pervasive all these brands are in your life, or the lives of people you know. Unless you live out in the woods without electricity, there’s a very good chance that plays a major role in your entertainment consumption habits.