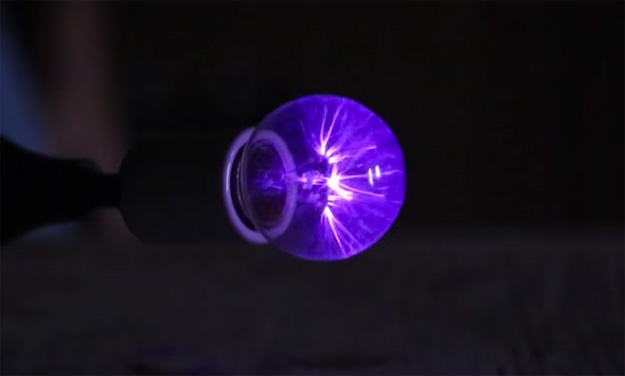 Remember that awesome little plasma ball you had in your bedroom when you were growing up? Remember how much fun you has staring at those little lightning bolts as they danced across the inside of the glass? A recent DIY project from everyone’s favorite crazy Russian will let you relive the magic and then some… or you could be safe and just watch the video below.

If you haven’t heard of CrazyRussianHacker, do yourself a favor. Stop whatever you’re doing immediately, head over to his YouTube channel, and watch every single one of his videos. Seriously. All of them. Go now.

OK fine, you don’t have time to watch them all so we’ll give you a good place to start. CrazyRussianHacker posted a video earlier this month that shows a fun and easy to create a plasma globe out of a regular light bulb. All you’ll need is a Tesla Coil, the high-voltage, low-current gadget invented by Nikola Tesla in the late 1800s.

What, you don’t have a Tesla Coil lying around the house? Don’t worry, you’ll have just as much fun watching CrazyRussianHacker shock himself while making one anyway. Check out the video embedded below.