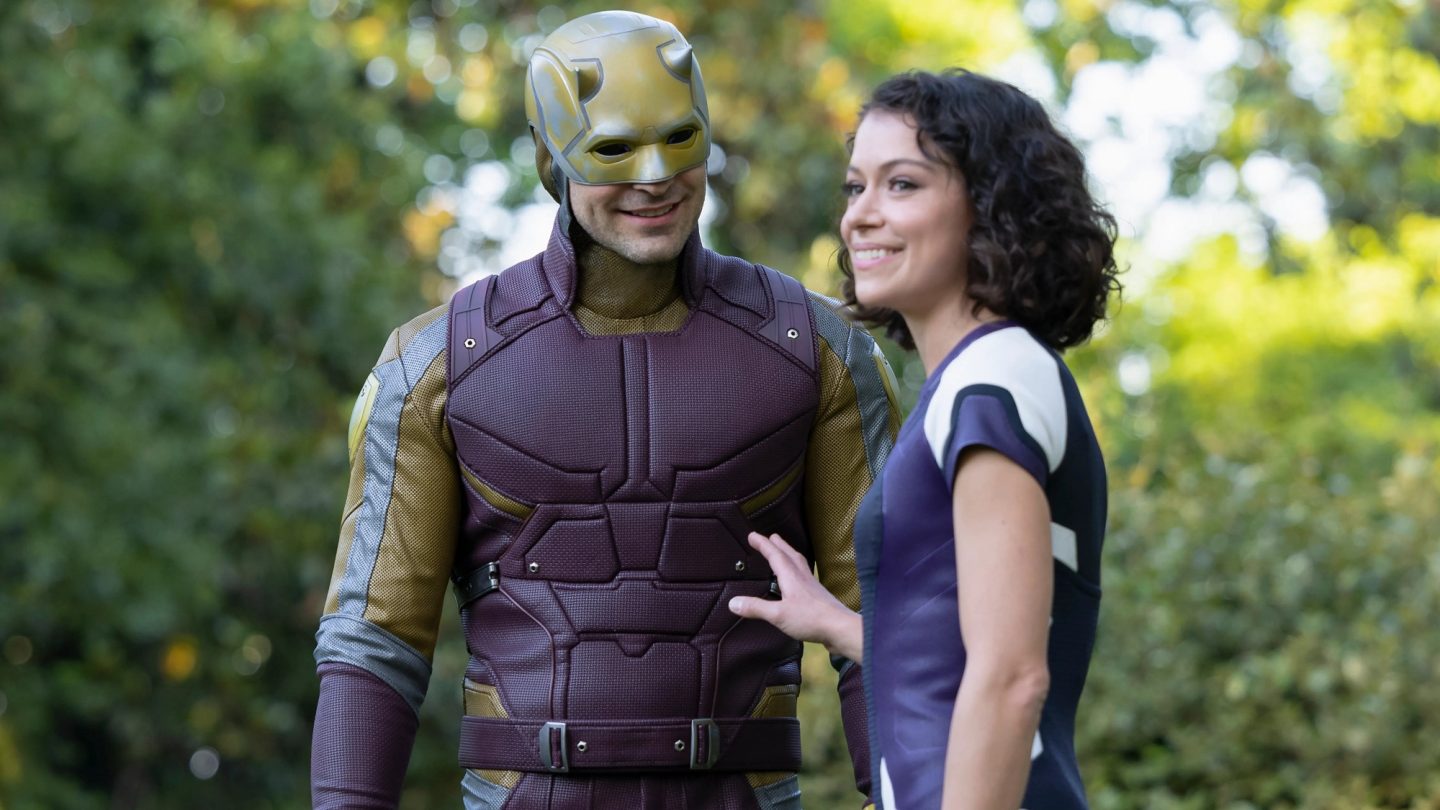 Daredevil: Born Again is the Daredevil reboot that fans of the Netflix show have been waiting for. Born Again will be an 18-episode series that premieres in the spring of 2024. But we already have plenty of rumors about the show, as Marvel is getting ready to start production. The newest rumor claims that Bob Iger’s return as CEO of Disney might impact the overall tone and rating of Daredevil: Born Again.

Separately, a report says that Michael Gandolfini has joined the Daredevil TV show and will play a prominent character. Before we can explain, you should know that spoilers might follow.

Nothing has been decided, and it’s unclear what it means. Marvel should start shooting the highly-anticipated reboot next February, so there’s time to course-correct if these claims are accurate.

Previous rumors said Born Again would have a lighter tone than the Netflix show. The original Daredevil project did not get an R rating, but it is a TV-MA show. That’s not quite the PG-13 rating that Marvel is aiming for with its MCU properties.

One notable exception to that rule will be Deadpool 3, which should keep its R rating. That’s what Disney and Marvel seemed to indicate after the Fox purchase, a staple of Iger’s previous tenure as CEO of Disney. That R rating is still in place, according to more recent reports.

As for Randolph’s Daredevil claims, she indicates that nothing has been decided on the matter.

Who will Michael Gandolfini play in Daredevil?

According to Deadline’s sources, Michael Gandolfini will have a “major role” in Born Again opposite Charlie Cox and Vincent D’Onofrio.

The details about the character are still secret, the report notes. But Gandolfini might play an ambitious young man from Staten Island who is referred to as Liam.

Grace Randolph reacted to the report, claiming that Gandolfini will play Kingpin’s son. If accurate, that would be an exciting development for Daredevil: Born Again.

Giving D’Onofrio’s character a son would add another layer of complexity to the story. Especially considering Wilson Fisk’s massive conflict with Matt Murdock.

This is just speculation at this point. But D’Onofrio commented on the new series during a recent panel. While he was careful not to spill any spoilers, he did say that Daredevil: Born Again will dig deeper into the characters of Wilson Fisk and Matt Murdock:

I can only say… I’m trying to have to stick to the rules, so I will only say that Charlie and I are going to be given the chance to dig deeper than ever before with our characters.

That’s not enough to confirm that Wilson Fisk will have a son in the TV show. But family and personal relationships would allow Marvel to further enrich these characters’ arcs.