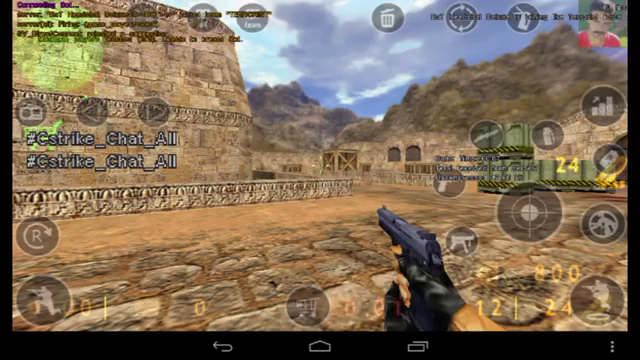 The average mobile game is never going to compare to a $60 console game, but as smartphones become increasingly powerful, the idea of bringing full-fledged gaming experiences to mobile platforms becomes more and more plausible.

To that end, mobile developer Alibek Omarev has rewritten the client for popular PC FPS Counter-Strike 1.6 to run on Android devices.

DON’T MISS: Insider says next year’s redesigned iPhone will be unlike anything we’ve seen so far

As you can see in the video below, the transition from PC to phone isn’t flawless, but considering all the hurdles Omarev had to overcome (and the fact that he completed this entire project on his own), it’s an impressive achievement.

Omarev even went so far as to add touch controls, which clutter the screen, but are apparently customizable. The again, as Kotaku points out, it shouldn’t be hard to connect a peripheral to your Android device if you need more accuracy.

Everything you need to play CS 1.6 on your Android phone or tablet can be found here on Github, but we’ve included the instruction (with links) below as well. Keep in mind, you need CS 1.6 in your Steam library for this to work.

If you get it working on your phone, be sure to let us know how it runs.