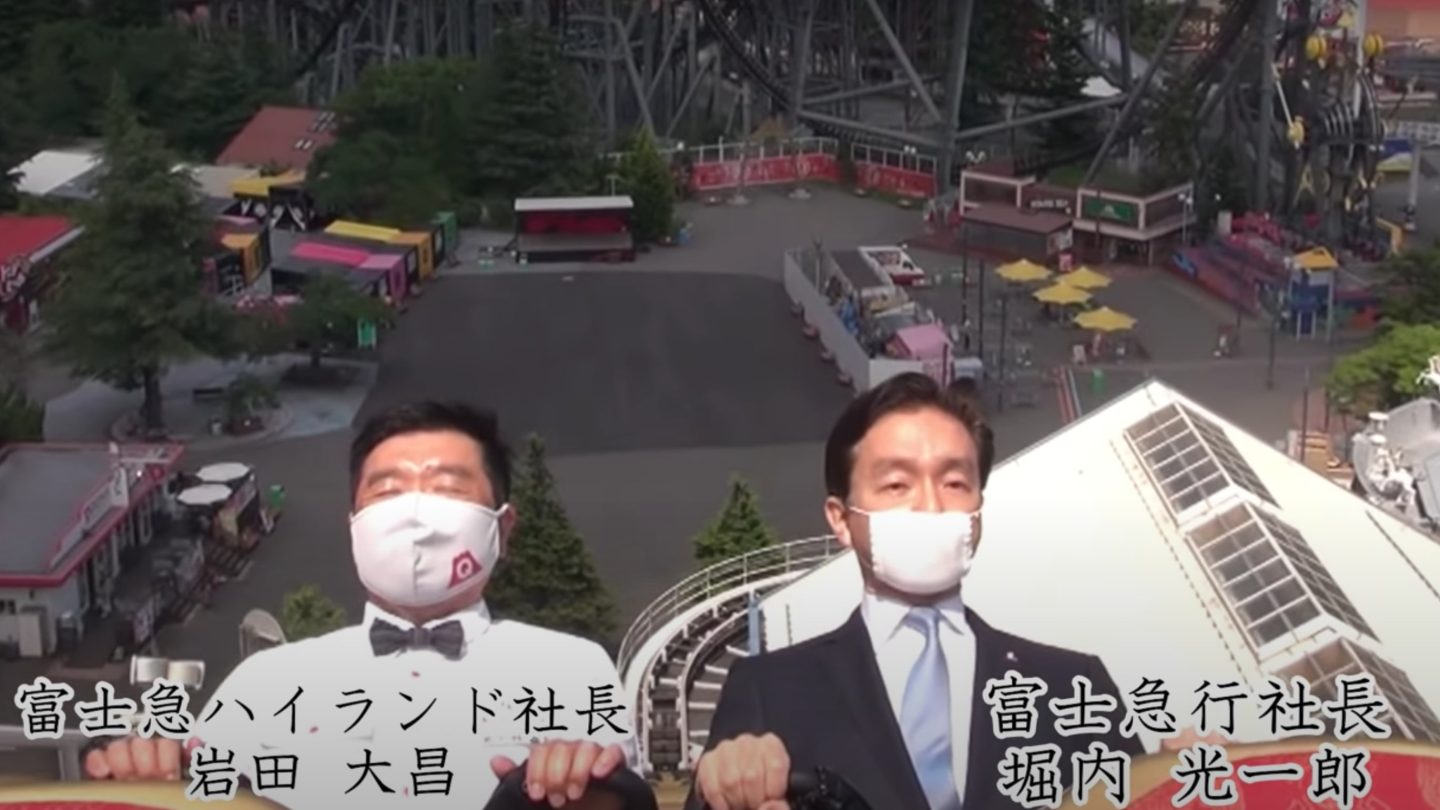 The coronavirus pandemic, in addition to causing a global public health crisis and spawning billions of dollars in economic damage that it will take years to recover from, has sparked lots of byproducts and offshoot realities that didn’t necessarily seem imminent at the start of the crisis.

For example, drive-in movie theaters — heretofore an anachronistic, barely surviving offshoot of the traditional movie business — are now suddenly enjoying a second life. Everyone’s work life started reorienting itself around Zoom meetings, which means less need to dress up in formal attire the way you would for in-person meetings (which is why Brooks Brothers has just filed for bankruptcy). Those of you who caught one of our earlier coronavirus reports will also recall that a study has found you can spread the virus just by talking — and talking especially loud spreads it more — which leads us to what may be one of the unintentionally silliest byproducts of the COVID-19 crisis yet. It has to do with theme parks in Japan, and the fact that they are now strongly encouraging people who ride roller coasters to … well, refrain from screaming. You know, because your exclamations of joy (or terror) may also be spraying coronavirus all over the place.

This news comes via The Wall Street Journal, which notes that the association governing Japan’s theme parks has come up with guidelines meant to support the parks’ gradual reopening that began in May. Those guidelines included a face mask mandate — and the aforementioned ban on screaming.

In fact, two executives from the Fuji-Q Highland theme park recorded a video of themselves, wearing face masks and dressed sharply, sitting ramrod straight, and riding a roller coaster in complete silence. They are still, with serious faces, and they barely move.

The video, which you can see below, ends with a request that park visitors “scream in your heart.”

According to the Journal, most parks in the country including Universal Studios Japan in Osaka are following the new guidelines, which includes the scream ban — but be aware, if you do let out a yelp either voluntarily or involuntarily as you plunge down a terrifying roller-coaster dip, you won’t be punished.

Even so, some parkgoers think a rule like this is a bit too much to ask. “You don’t see Disneylands in other countries asking people not to scream,” Yuuki Suzuki, who bought tickets for Tokyo Disneyland’s reopening day, told the paper. “It’s too strict. If a scream comes out, it comes out.”

It’s an especially tough ask for people not to scream at the park you see in the video above, which is west of Tokyo. The Do-Dodonpa roller coaster there actually holds the world record for the fastest acceleration, according to the park website. It can hit 112 miles an hour in just 1.56 seconds. Yikes!