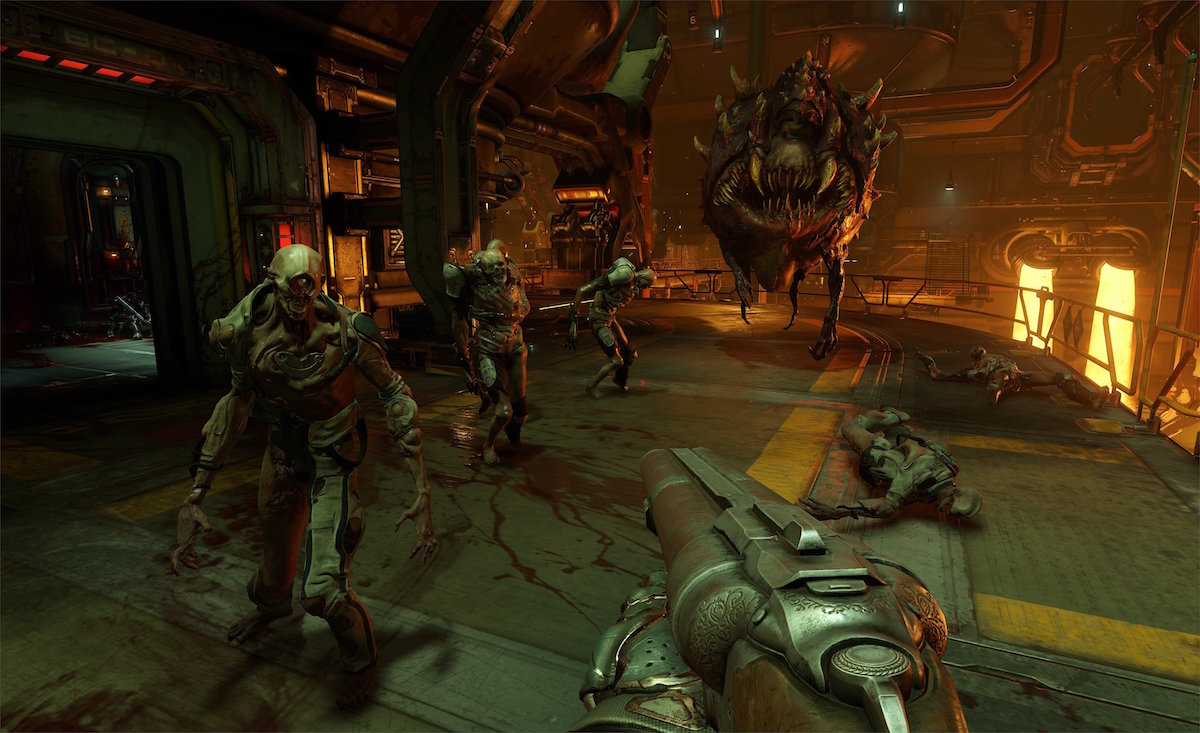 Clueless Gamer has become one of Conan O’Brien’s most popular recurring segments, but we’ve been seeing them far less frequently in recent months. Thankfully, when Conan does release a new episode, it’s clear that a lot of effort goes into it, as is the case on this week’s edition of Clueless Gamer, which features two Super Bowl athletes playing Doom with the host.

In case you hadn’t heard, Doom is an upcoming reboot of the classic first-person shooter series, set to release on PS4, Xbox One and PC this May. The game has been in development for nearly a decade, but as of Bethesda’s E3 press conference last year, it was clear that the game was finally ready to see the light of day.

Fast-forward a few months and the marketing campaign has begun in full. There’s a new campaign trailer on YouTube, TV commercials are impossible to avoid and Conan O’Brien is playing the game on his show with Von Miller of the Denver Broncos, Josh Norman of the Carolina Panthers and Marshawn Lynch of the Seattle Seahawks.

There’s not a whole lot in the way of gameplay footage here, but if you want to see some of the NFL’s best athletes slice monsters apart in the most gruesome ways possible, you can watch the full video below: