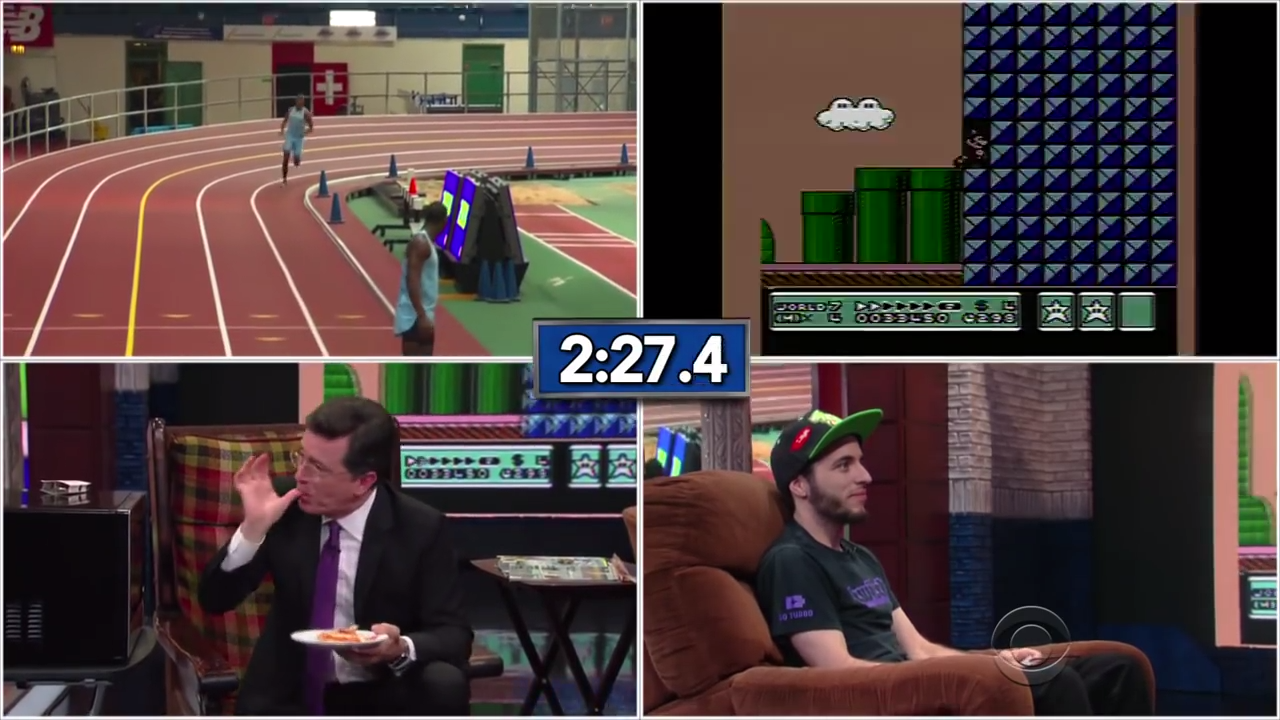 This is one of the strangest things I’ve seen on late night TV in quite a while.

On Friday’s episode of The Late Show with Stephen Colbert, Colbert participated in a race against Mitch Fowler, the current world record holder for speedrunning Super Mario Bros. 3 on the Nintendo Entertainment System. But Colbert didn’t race against him in the game. Rather, the host attempted to cook and eat a Hot Pocket before Fowler could finish Mario 3.

As if that premise wasn’t bizarre enough, Colbert also noted that 3 minutes and 8 seconds (Fowler’s record for an “any percent” run of Mario 3) is also about the amount of time it takes for a track team to run a 4×400 relay race. So Fowler and Colbert have to compete against the Columbia University track team as well.

With all that in mind, here’s the inaugural edition of the Late Show 3-Legged Race:

The real reason that Colbert burnt his tongue on national television was to help promote Summer Games Done Quick, a week-long charity live stream during which dozens of speedrunners blow through games as quickly as they can in order to raise money for the Doctors Without Borders humanitarian organization.

The marathon lasts from July 3rd – July 10th, and in less than 24 hours, the stream has already raised over $100,000. You can check out the schedule for the event on GamesDoneQuick.com, or just watch the stream below: