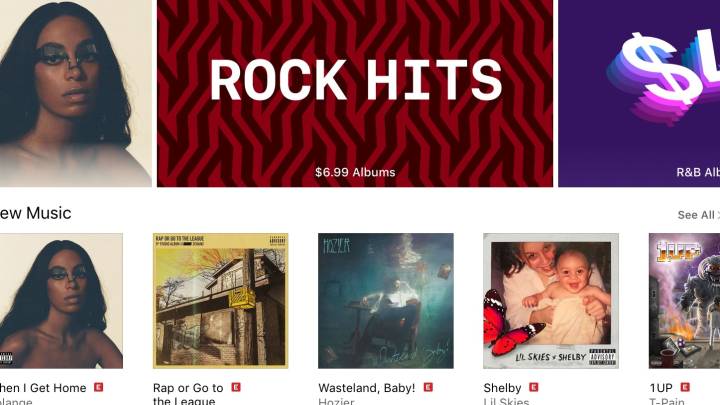 Sales from individual song downloads have unsurprisingly been falling with no end in sight, thanks to the convenience of streaming options like Spotify and Apple Music. A new report, though, makes clear just how few people there are these days who will buy individual digital songs — there are so few of them, in fact, that they were outnumbered in 2018 by people who went old-school and bought actual compact discs and vinyl records.

According to the Recording Industry Association of America, total download sales in 2018 — for which iTunes led the pack — dropped almost 30%, to a little more than $1 billion. Purchases of full album downloads likewise fell, by 25%.

To put that in context, download sales represented more than 40% of the music industry’s revenue back in 2013. Last year? About 11%. Meanwhile, that drop in sales has resulted in a lop-sided reality that harkens back to the pre-iTunes days. Sales of physical media including CDs and vinyl, according to the RIAA’s new report, were down 23 percent but totaled $1.15 billion, thus edging out digital download sales.

Another interesting takeaway from the new report: Music fans bought almost $420 million worth of vinyl in 2018, which Cult of Mac notes in a piece today is almost as much as people spent buying album downloads from iTunes last year.

Of course, we shouldn’t have to spell out the force at work behind these trends. Per the RIAA: “Revenues from streaming music platforms grew 30% year-over-year to reach $7.4 billion, contributing 75% of total revenues for 2018, and accounting for virtually all the revenue growth for the year.”

We’ve known this shift was under way for a while now, which also accounts for the pretty regular chatter that anticipates Apple to eventually move away from iTunes sales completely and nudge everyone towards its streaming package. Apple and Spotify are the dominant forces in streaming right now, which helped the average number of paid subscriptions in 2018 grow 42% compared to 2017 — “exceeding 50 million for the first time ever,” says the RIAA.

Moreover, the trend is not slowing down. Again, per the new report, streaming services like Apple Music collectively added more than 1 million new subscriptions on average each month in 2018.

By the way, don’t be fooled into reading something positive about CDs from the title of this post. While physical media sales were down 23%, CD sales themselves slipped 34% for the year to $698 million. That’s the first time CD yearly revenue has come in below $1 billion since 1986.