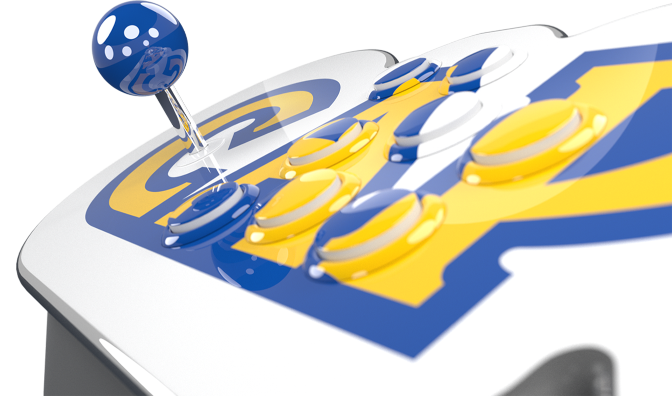 We’ve seen a handful of video game companies, including Nintendo and Sony, launch super retro mini-consoles that are packed with classic video games, and it’s a trend that doesn’t seem to be going away. The latest gaming company to jump onboard the mini-console bandwagon is Capcom, which announced today that it’s teed up the Capcom Home Arcade: A plug-and-play system built around two joystick controllers that includes 16 arcade titles like Street Fighter II: Hyper Fighting and Mega Man: The Power Battle.

It will be released on October 25th in the UK for about 230 euros, while there has yet to be any mention of a North American release at this time.

The Home Arcade will also include some less popular titles like Darkstalkers: The Night Warriors, as well as games from different genres like Super Puzzle Fighter II Turbo. Per Capcom’s announcement page, you’ll be able to upload your best scores via the Home Arcade’s onboard Wi-Fi to a “Worldwide High Score Leaderboard” to see how well you stack up against other players across the world.

It’s a pretty nostalgia-inducing setup, with the large buttons that feel satisfying to press or mash and the joysticks with oversized round grip at the top. The whole system is also in the shape of Campcom’s classic logo, and it’s powered via USB and connects to your TV via HDMI.

Capcom’s official page says more retailers will be announced soon — hopefully that includes the ability to purchase the setup stateside. The video at the top of this post will give you a basic look at the Home Arcade in action, and the list of games that will be included is as follows: