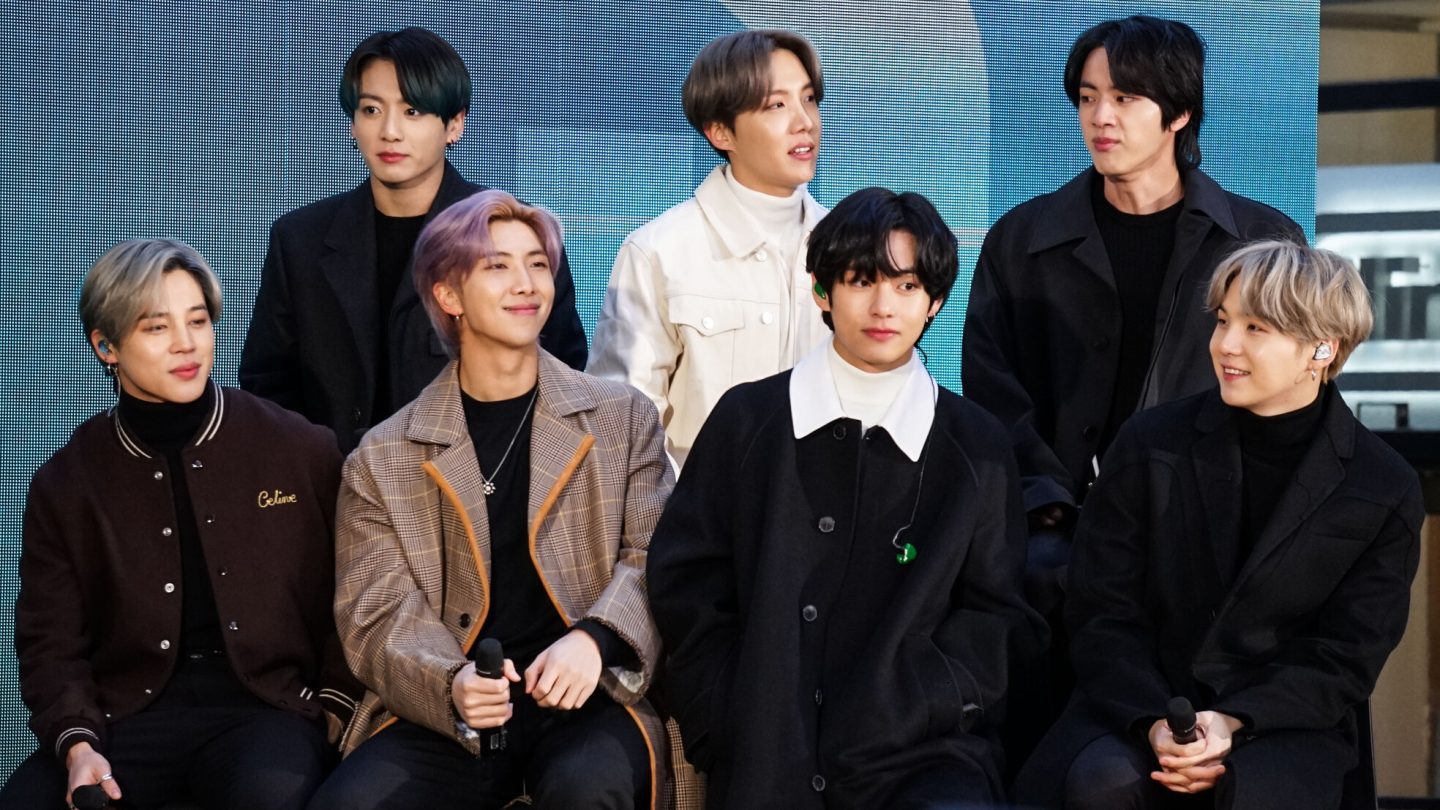 Tuesday afternoon, BTS fans got the first bit of news they’ve been anticipating for at least a few months now — the next live BTS concert dates, following the group’s Los Angeles shows at SoFi Stadium at the end of 2021. Next month, the K-pop supergroup will also perform a multi-date set of concerts in Seoul (with one of those performances being shared as a delayed livestream in participating theaters around the world). And then, after that? Get ready, BTS fans: The boys are coming to Las Vegas.

The band has announced four shows in April in Las Vegas — two Friday-Saturday pairings, with shows on April 8 and 9, and then the next week (on April 15 and 16).

Now, before we share a few key details to know about the Las Vegas BTS concerts themselves, it’s important to add some context here:

BTS will already be in town a few days prior to the first show for the 64th Annual Grammy Awards. BTS’ fanbase quickly pounced on all kinds of nuance inherent in the dates, because of that fact.

For one thing, while the group has been nominated, it’s never actually won a Grammy yet. Which, at this point — given how popular and just downright great they are — is truly insane. The second thing: The seven members of the group are going to stroll in to the MGM Grand Garden Arena in Vegas on April 3, grinning ear-to-ear, after having teed up four sellout dates at Allegiant Stadium, plus the hotel room sales and everything else that goes along with that.

They will, in other words, already be the talk of the town as thousands of Grammy voting members are descending on Vegas. Which is to say perhaps, finally, this will be their year at the awards show.

BTS using American award shows as warm-ups for their stadium shows these days.

As I type these words, the BTS concert announcement is still just a few minutes old. But the machinery of the Las Vegas tourism machine is already cranking to life. MGM Resorts, for example, quickly put out a call to BTS fans: “MGM Resorts has rooms just for the #BTS fans who are visiting,” the company tweeted.

If you thought the Adele Las Vegas show instructions were a bit cumbersome, meanwhile, the BTS concert signup might make you feel like you’re doing your taxes.

In short, here’s what to know:

That leaves two categories of potential pre-sale tickets. The first, happening Wednesday March 2, is for members of the BTS fan “ARMY.” But you can’t just be an official, signed-up member of ARMY and think, cool, I’ll just wait to log on during the ARMY presale. You’ll also want to apply for the BTS ARMY member presale on Weverse (this link tells you how to do that).

BTS PERMISSION TO DANCE ON STAGE – LAS VEGAS: How to Register for the Verified Fan Presales https://t.co/F58gOh66hN

You will also boost your chances for getting a ticket to one of the BTS concert dates in Las Vegas by, in addition to signing up for the ARMY presale on Weverse, also signing up for a Ticketmaster Verified Fan account. That’s just a way to let Ticketmaster know you’re a real person, and not a bot. And it’s an important thing to do, since Ticketmaster is redoubling its efforts to make sure that real fans get tickets, as much as possible.

If you’ve done all of those things (joined ARMY, signed up for the ARMY presale on Weverse, and signed up for a Ticketmaster Verified Fan account) you’ll then simply wait for an email from Tickemaster on Tuesday, March 1, saying congratulations — you can participate in the presale. Or some wording to that effect. And you’ll be given steps on how to do that.

If you are NOT an official BTS Army member (or, if you’re an ARMY member who did NOT sign up for the presale on Weverse by February 26), you will move to the second day’s presale.

Again, this is for potential concertgoers who’ve signed up for a Ticketmaster Verified Fan account and who either are not part of BTS ARMY (or who didn’t sign up for the Weverse ARMY presale in time).

The day after that — on Friday, March 4 — a general public presale is scheduled. But, again, don’t kid yourself. It won’t get that far. These tickets will disappear faster than you can blink.

For more details spelling all of this out, you’ll definitely want to check out this special BTS concert Ticketmaster page. And read carefully, because the steps for the Las Vegas shows are, as you can probably tell above, a little complicated.

Having said all this, and as we alluded to above, the BTS fan community is pretty much going insane right now.

Next month, tons of fans around the US will be heading to cinemas to enjoy a livestream of one of the group’s Seoul concerts that are also happening next month. Then just a few short weeks after that, the first dates (in Las Vegas) of what everyone assumes will be the start of a world tour.

Maybe with at least one Grammy award under the belt this time around, to boot.

OH MY GOD WHAT????? pic.twitter.com/n4vAUEVzVL

You know what’s also brilliant? There is NO WAY the Bangtan concerts won’t be the talk of the town. There is gonna be thousand of Academy members in Las Vegas at that time and everywhere they turn they will undoubtedly hear about BTS and see their “effect” first hand!

BTS really said we’ll if we’re going to have to fly all the way to Vegas to perform at the Grammys then we might as well sell out four 70,000 capacity shows at the same time and I think they’re so hot for that

BTS in Vegas on a Spring Day? Yes please 💜 https://t.co/GbmJeeFb1p