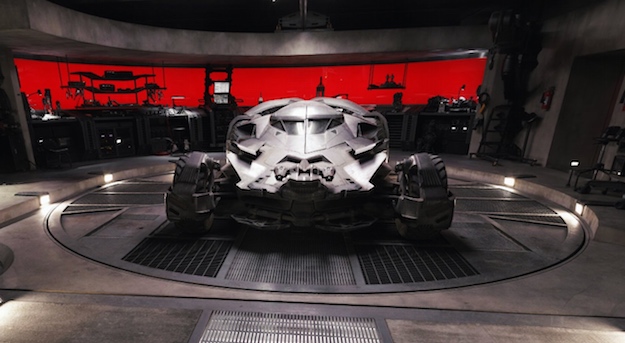 Batman v Superman: Dawn of Justice hasn’t exactly been on the receiving end of glowing reviews. It’s seemingly been panned by critics and currently sports a 30% rating on Rotten Tomatoes. In stark contrast, the whimsical and action-packed Deadpool sports a healthy 84% rating.

Nonetheless, it’s a safe bet that Batman v Superman: Dawn of Justice will do reasonably well at the box office, thanks in no small part to a concerted marketing push from Warner Bros. On that note, Google decided to get in on the cross promotion action via a nice easter egg on Google Maps which lets users take a 360 degree tour of Bruce Wayne’s swanky condo and even the hallowed Batcave.

You can explore the ins and outs of Wayne’s life over here via Google Street View.

Not only can you take a look around the Batcave, you can get up close and personal with the Batmobile and even check out Batman’s work area and his selection of crime fighting tools.

The Dark Knight’s subterranean lair is a multilevel headquarters that has all the gizmos and gadgets he requires to be an effective crime fighter. In addition to the iconic Batmobile and a weapons cache, visitors can get a good look at Batman’s tech lab which houses the Batcomputer and the armored Batsuit that Bruce Wayne wears in Dawn of Justice. The Batcave also drives home the dark tone of the film with a glass-encased Robin suit that’s been tagged by none other than The Joker.

If we take the stairs up, we see that Wayne has quite the command and control system set up.

And for those curious as to just where exactly Bruce Wayne lives, it’s in Orion Charter Township, Michigan.