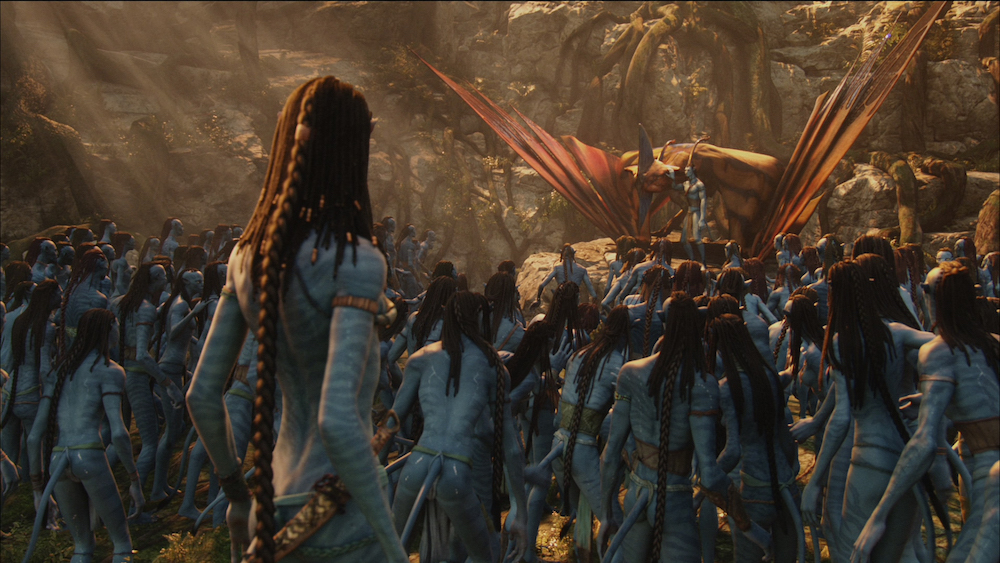 As he took the stage last week at Comic-Con, Marvel Studios president Kevin Feige confirmed what everyone had known was coming, it was just a matter of time — that Avengers: Endgame had finally dethroned James Cameron’s space adventure Avatar as the highest-grossing movie of all time.

Since its initial release, Marvel also brought back the movie for a limited run in theaters with some extra material, in addition to it now being available to own digitally.

Endgame’s total worldwide gross as of July 30, according to Box Office Mojo, is $2.793 billion, just squeaking past Avatar’s total worldwide gross at this point of $2.789 billion. No doubt, that record will be secure for quite some time going forward, and once that record was hit it was certainly nice to see the directors of both films give public statements praising the success of each other’s film.

And then a reporter (h/t Comicbook.com) couldn’t help asking Cliff Curtis about the rivalry during a round of press interviews for this weekend’s release of Fast & Furious Presents: Hobbs & Shaw (in which Curtis plays a brother of The Rock’s character Luke Hobbs). Curtis is also a lead in the handful of forthcoming Avatar sequels, and while he tried to strike a diplomatic note in addressing the Endgame rivalry, his answer basically boiled down to: Just you wait.

“You know, Jim, James Cameron, and Jon Landau, they’re very classy men and they salute the accomplishments of — we got an email — they salute the accomplishments of Marvel,” Curtis said. “Mind you, my perspective is –because I’m an Avatar family — they came into that with 20 movies. And I think, you know, I can’t wait to see what happens.” He goes on to tease great things for the movie’s first, second, third and fourth sequels, promising that he’s absolutely excited for what comes next.

Those long-promised sequels, of course, have to actually get here first, and then … well, we’ll see what happens. As far as Avatar itself, the movie will hit its 10th anniversary this December, as it was originally released back in December of 2009. Regarding Endgame, meanwhile, the Blu-ray version lands in stores on August 13, while the digital version is available to buy now from all the major services.