This mind-blowing ‘Avengers: Endgame’ leak will ruin the film for you even if it’s not real 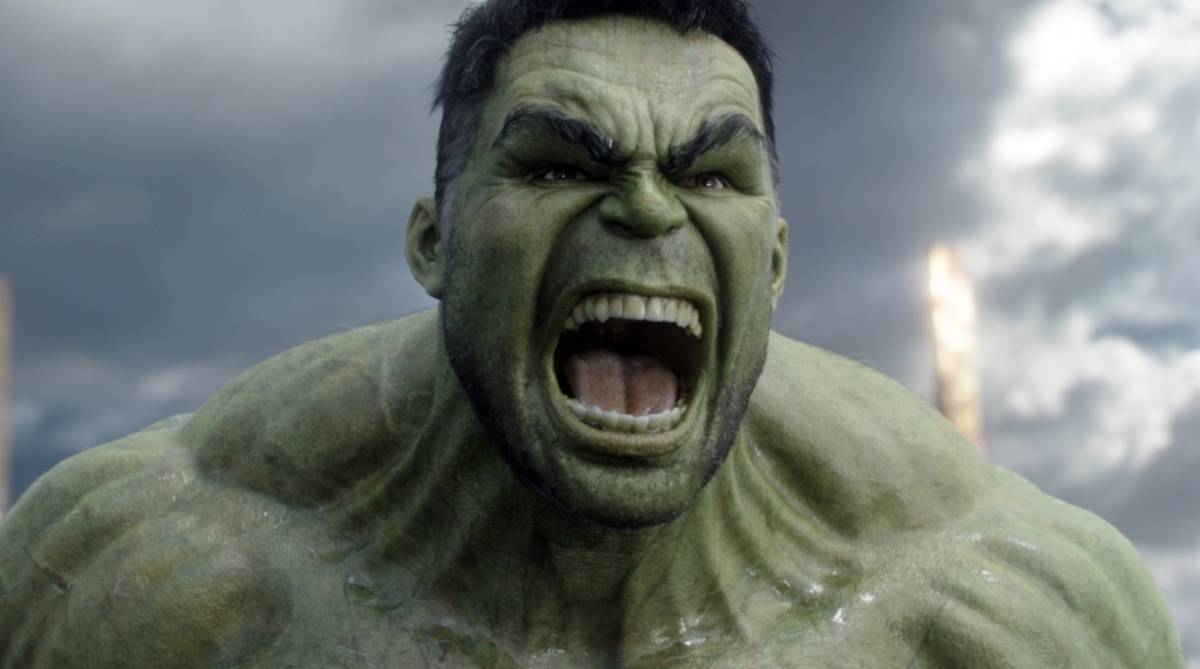 Earlier this week, we witnessed a huge unexpected Avengers: Endgame leak. A video shot on a phone revealed several spoilers from the film, and they were all scenes that Marvel never touched on in its marketing and advertising. At the time, I told you that we were only looking at less than five minutes of footage, so it didn’t really spoil the film or make it any less exciting. After all, we still have almost three hours of Avengers 4 action left to watch. Then we saw someone claim on Reddit that he or she had seen the entire film, though we warned you that nothing could be confirmed at this time.

This brings us to today’s mind-blowing spoiler that follows below. Part of me wishes I had never seen it. Part of me really hopes that it’s fan fiction. But both parts want to see it happen in Avengers 4. I have this feeling that advance knowledge about this particular scene will ruin Endgame, regardless of whether the scene is real or fake. If it wasn’t already crystal clear by now, a massive spoiler is about to follow, so proceed only if you’re comfortable with leaks of this magnitude.

I’ll also remind you about the Russo brothers’ appeal not to spoil Endgame, as a means of giving you one last chance to avoid the following potential spoiler:

From the get-go, I’ll say that I won’t make any connections between this alleged plot point and the leaked footage from earlier this week, which I’ve seen and thoroughly enjoyed. You can draw your own conclusions. That’s because the next scene is so incredibly well thought out that it fits with absolutely any Endgame theory that doesn’t involve this guy dying:

Yes, the spoiler suggests that Steve Rogers will not die, as many of us have been led to believe for so long. Instead, he’ll retire to enjoy life, although he’ll always be available should Nick Fury and the Avengers call him up.

Steve will not retire in the present, however, but in the past. He’ll finally join Peggy, the love of his life, in the past, right where he was supposed to be in the first place. This development supposedly comes toward the end of the film, once the Avengers beat Thanos — the fact that the Avengers will finally win isn’t a spoiler, we’ve always known that will happen, no matter the personal cost.

The person who revealed other details of the plot didn’t initially explain how such an end would be possible for Cap. Even with time travel playing a massive role in undoing the snap, sending Rogers back to the late ‘40s would have huge implications on the current timeline. That was the one plot hole that many people on Reddit seemed to dispute. How can Steve go back to the past and be with Peggy without changing any of the events that need to happen for them to meet Thanos in Infinity War before beating him in Endgame?

The leaker acknowledged the issue and posted an explanation, which is absolutely brilliant:

Alright because this is bothering so many people I’m going to explain the Cap ending. If you have any self-control, I urge you not to read this as it was a pretty special scene.

Cap visits Peggy’s grave and Fury appears behind him, says he was told to give this to Cap when the time is right and that he thinks it’s right.

It’s a letter from Peggy. She apologizes for not being able to tell him before but that the world needed Cap first, but now that he’s saved the world it’s time to come home. She says he knows where to meet her. Cap is kind of confused and Fury says “She always was a mystery when it came to her private life.” Cap understands and tells Fury to call if he’s ever needed. He later says goodbye to Bucky and Sam and jokes that Bucky can’t have his suit because “I don’t think I’m quite done with it yet.”

We saw someone make a similar claim weeks ago, but that person did not reveal as many details about the scene. I said before that knowing this possible ending for Steve Rogers will ruin Endgame for you. What I meant is that if it’s real, this is the kind of scene that you’d want to enjoy while watching the film for the first time. If it’s fake, and Cap actually dies in Endgame, this fan theory will always stay with you and you’ll wish it had really happened.

The scene does hold up with what we’ve seen so far when it comes to Steve’s interactions with Peggy:

There’s no mention of her husband in Captain America: The Winter Soldier and no picture of him. Also, what she says during those scenes makes sense even if he was her husband for many decades before he passed away.

She may have dementia or Alzheimer’s, but Peggy Carter was always a spy. She knows how important it is to keep a secret. And if she was married to Steve, then she’ll know better than to let him in on this secret during their meeting in The Winter Soldier.

The leak also reminds us of a previous fan theory that suggested that Steve will have his dance with Peggy in Endgame, but only after his death. We do know that Hayley Atwell, the actress who plays Peggy, will appear in the film. And we’ve already heard Peggy’s famous quote from The Winter Soldier in one of the Endgame trailer.

That said, we do have questions about this theory or leak. First of all, if Steve can travel through time with such ease, then Marvel just opened an annoying Pandora’s box. If the Avengers have time travel tricks at their disposal, we won’t like it. The only way to reach him, of course, would be to go back in time and grab him. That means many of the surviving Avengers will be able to travel through time when needed.

Also, if this leak is accurate then Steve’s vision from Avengers: Age of Ultron may have shown him actual events from his future. In which case, the same might go for all the other characters that Wanda touched.

Finally, how does one Captain America return to a time where he’s a well-known war hero that the US happens to be mourning, and he isn’t recognized? Also, how does this Endgame finale for Captain America reconcile Peggy’s flirting with other SSR agents during the Peggy Carter series? And how will Steve find what it takes to stop himself from messing with all the nasty business that goes down in the past?

Tweet
The 12 Marvel movies you need to see to make the most of ‘Avengers: Endgame’ next week