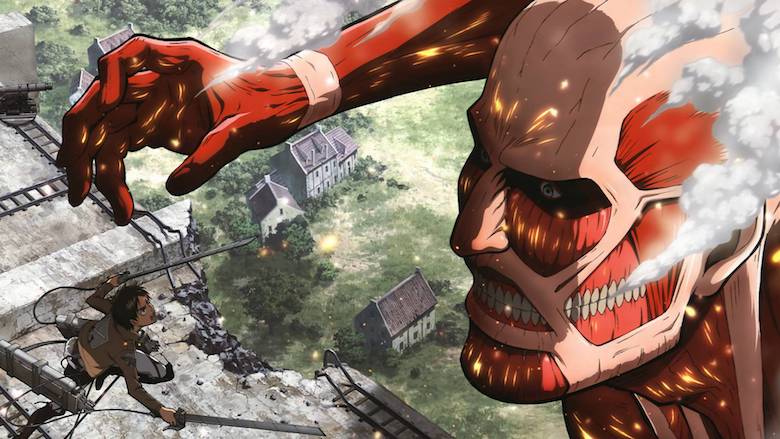 Game of Thrones fans probably think they have it pretty rough, having to wait a few extra months for season 7, but fans of the crossover anime hit Attack on Titan have been waiting since 2013 for new episodes.

Debuting in Japan in 2013, Attack on Titan immediately became one of the most popular shows on the air, and managed to draw even more attention when it arrived in the United States. Now, more than two years after the final episode of season one aired in English, we finally have our first glimpse of season two.

If you haven’t watched the first season yet and plan to do so eventually, avoid this trailer for now, because it’s filled with spoilers. It’s also pretty violent, so maybe don’t watch at work:

For those of you who have never seen Attack on Titan, the show is based on a manga where humans have all gathered inside a walled city which serves as their last line of defense against the titans that roam the planet, devouring any living creature in their path. Throughout the first season, we follow a group of elite soldiers doing what they can to keep the city safe, but the truth about the titans lies somewhere beyond the walls.

When the first season ended, it had all but caught up to the manga, so rather than pull a Game of Thrones and branch off from the original text, the anime decided to take a break until enough had been written that they could craft a second season around the creator’s vision for the story.

Attack on Titan season 2 begins airing in Japan in April 2017.