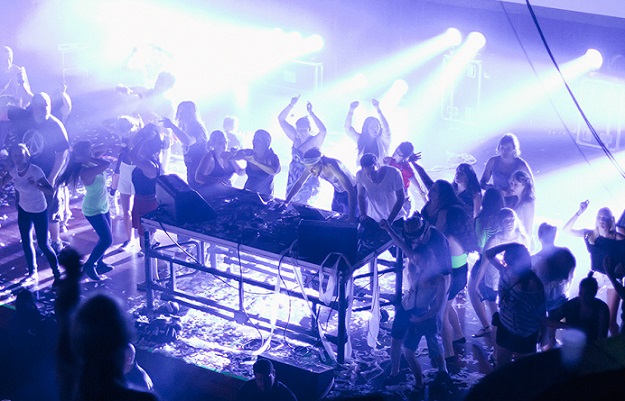 Apple Music just got a lot more interesting. According to a recent report from Billboard, Apple recently inked a deal with Dubset Media Holdings that will allow Apple to put underground songs, DJ mixes, and mashups on it streaming music site. While I still think Spotify, on the whole, is a better product than Apple Music, this news is certainly a compelling point in Apple’s favor.

“Thousands upon thousands [of] cool mash-ups and hour-long mixes have effectively been pulled out of the underground and placed onto the world’s second-largest music subscription service,” the report notes.

Previously, such songs were nowhere to be found on account of thorny copyright issues. If there’s a mashup song comprised of 30 separate songs, for example, figuring out where the royalty payments need to go is beyond complicated. A single track, the report notes, might have as many as “600 different rights holders.

The solution? A technology called MixBank which can specifically identify which songs comprise any given mix. And due to the nature of mixes and mashups, where songs seamlessly blend into each other, the music recognition software analyzes every three-second interval in a song.

Dubset will use a technology called MixBank to analyze a remix or DJ mix file, identify existing recordings within the file, pay the necessary rights holders, and distribute the mix through Apple Music and other streaming services. The process can take about 15 minutes for a 60-minute recording.

Of course, the music business being what it is, rights holders will have granular control over which songs will the light of day on Apple Music. The report indicates that rights holders can not only prevent certain remixed songs from appearing on the service, they can also “create a rule to limit the length of a song used in a remix” and even prevent a song from appearing in a mix with other specified songs.

All of these rules and regulations aside, it’s nice to see mashups and remixes finally getting some love on a streaming music service.