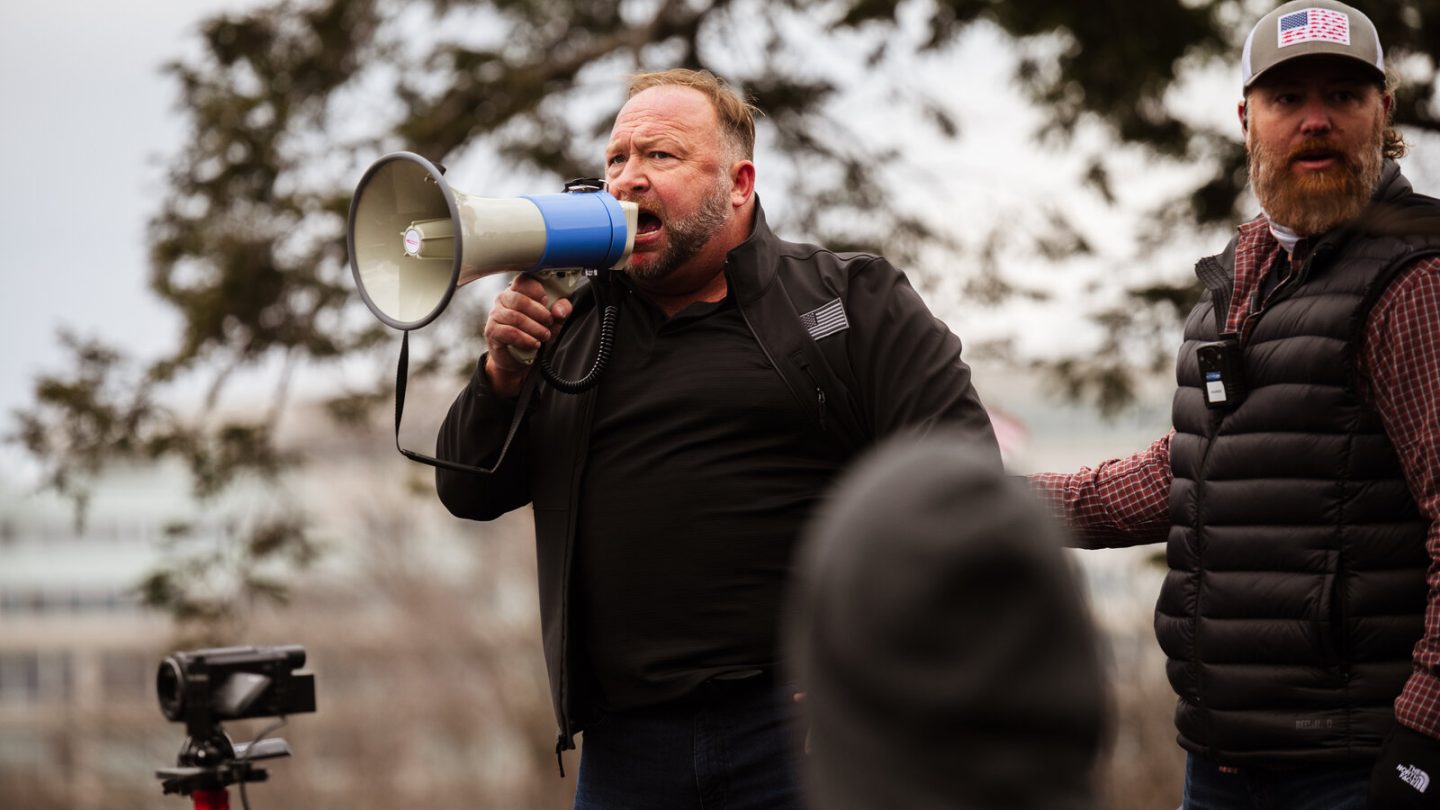 For far-right figures who’ve been de-platformed everywhere else, Apple’s ecosystem is increasingly one of the last places left online where their popularity is nonetheless surging. Case in point: Alex’s War, a film about Alex Jones from documentarian Alex Lee Moyer, which has surged on the iTunes pre-order chart ahead of its release later this month, on July 29.

The film promises an examination of “the rollercoaster career of America’s most infamous, charismatic, and divisive public figure.” Jones, of course, has been de-platformed from just about every major, mainstream internet service. He’s persona non grata among the establishment media. And yet, there’s Alex’s War on the iTunes top pre-orders chart. Listed just behind Top Gun: Maverick, Elvis, and Where the Crawdads Sing.

Making the popularity of Alex’s War all the more extraordinary? It seems to largely be word-of-mouth driving that preorder interest. Moyer, for example, has reportedly said Google wouldn’t let the film’s team buy ads to promote it. Likewise, other major platforms like Facebook and TikTok are clamping down on publicity for the movie, which contains content that Facebook has said contains violations of its community guidelines.

“Who is Alex Jones?” reads the synopsis for Alex’s War on iTunes. “Looking past caricature and propaganda to a searching and human character study, Alex’s War draws on twenty-five years of Infowars archives, unprecedented personal interviews, and months of backstage access, to examine the shattering of our shared national narrative through the rollercoaster career of one of America’s most infamous, charismatic and divisive public figures.”

“Divisive,” indeed. Jones, to say the least, has a long history of making inflammatory statements and spreading conspiracy theories. Among other things, families of the Sandy Hook school shooting victims sued him after he made suggestions that the tragedy was staged. In an April deposition, Jones defiantly cited free speech as a defense.

“If questioning public events and free speech is banned because it might hurt somebody’s feelings, we are not in America anymore,” Jones said, according to The Associated Press. “They can change the channel.

Jones continued: “They can come out and say I’m wrong. They have free speech.”

Along these same lines, former Trump aide Steve Bannon got his own ban from services like Twitter and YouTube. Yet his War Room podcast consistently ranks as one of the top shows on Apple’s podcasts chart. It was a comment during the War Room podcast, in fact, that resulted in the Bannon ban. Back in 2020, Twitter permanently suspended him after a flippant comment about beheading Dr. Anthony Fauci.

As for Jones, Moyer was present at the US Capitol on January 6, 2021, to shoot footage for Alex’s War. She was one of a small handful of documentarians there that day.

In a statement at the time to TechCrunch, Apple said its actions were in response to “hate speech” found in Jones’ content. “We believe in representing a wide range of views, so long as people are respectful to those with differing opinions,” the Apple spokesperson said.