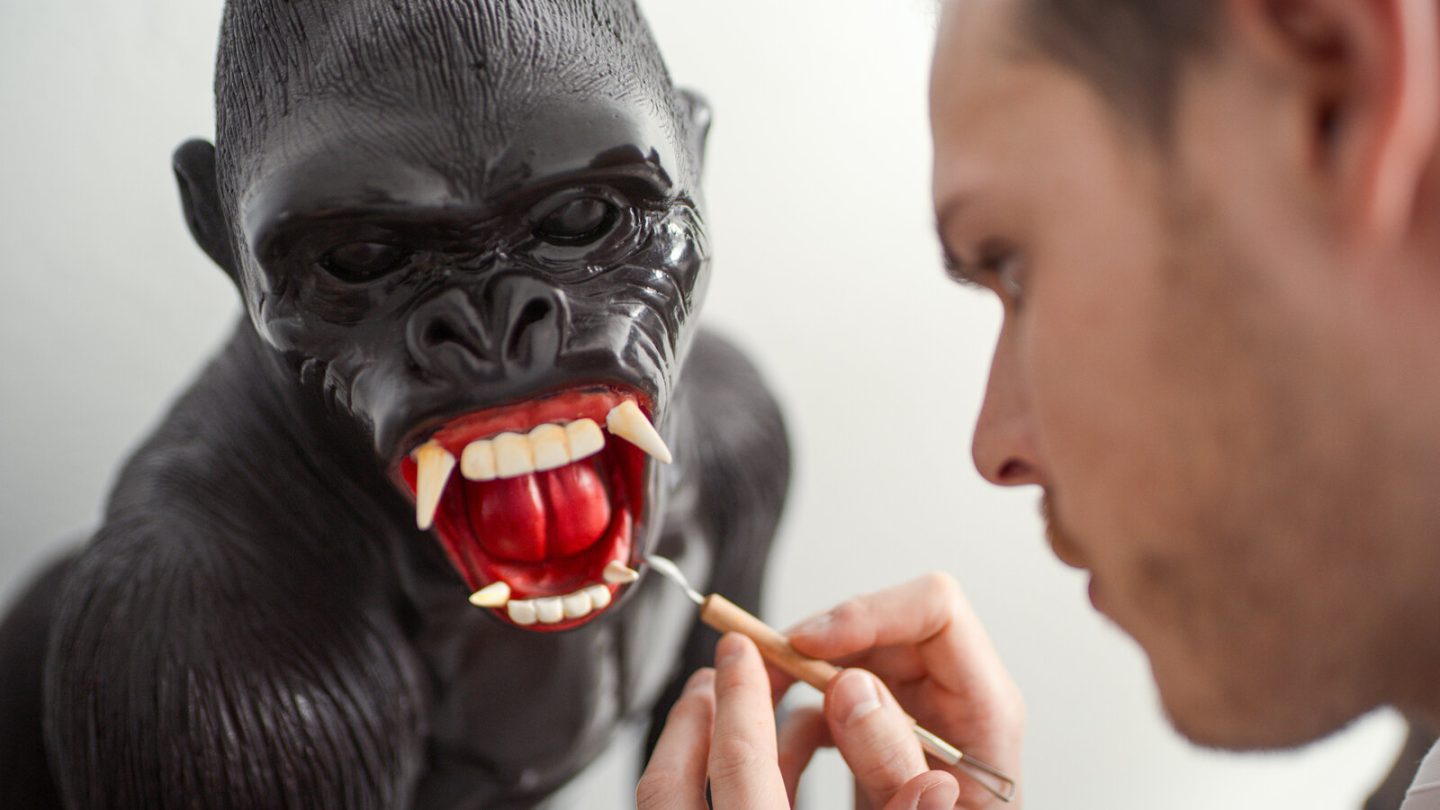 No sooner will this dramatic season of The Great British Baking Show come to an end this week than Netflix will try to tempt our tastebuds again with a new cooking reality show. One that debuts, in fact, the same day that we’ll learn whether Giuseppe, Chigs, or Crystelle takes home the Bake Off top honors — following one of the most shocking eliminations this season.

Jurgen, the soft-spoken and supremely talented baker, left at the end of the semifinals, a twist that few people probably saw coming. We’ll talk about that a little more below. But, for now, it’s worth noting that if these kinds of cooking reality shows are one of your favorite streaming treats? Then you’re in luck. Because on November 26, the 8-episode series School of Chocolate might end up being the perfect dessert. For after you’ve finished the dramatic, season-long meal of Bake Off, that is.

Hello, chocolate lovers. Have we got a cooking school for you!

World-renowned chocolatier Amaury Guichon mentors eight top talents hoping to take their work to the next level. Only one will win a career-changing opportunity. SCHOOL OF CHOCOLATE arrives November 26 on Netflix. pic.twitter.com/E5D7RoTH4Q

Here’s how Netflix describes the new series. “Eight top pastry and chocolate professionals are coming to School of Chocolate to take their skills and careers to the next level. Their teacher is (a) world-renowned chocolatier, Amaury Guichon, known globally for creating mind-blowing chocolate showpieces and unbelievable pastries.

“One lucky student who manages to prove themselves ‘Best in Class’ after eight episodes will win a prize package that includes a career-changing opportunity.”

In the trailer, which you can check out in the tweet above, participants are shown somewhat dumbfounded at the intricate, exquisitely detailed chocolate confections that Guichon is able to create. And, as with Bake Off, it looks like there will be some moments of high drama on this show. Since chocolate seems like it can be temperamental, to say the least, when trying to fashion it into something approaching art.

Given that this series is so focused on one type of sweet, it doesn’t feel like it will command but a fraction of the interest that Bake Off enjoys. Nonetheless, it could end up being a pleasant new title from the same genre to spend some time with.

Speaking of Bake Off, who else’s mouth was hanging open after Jurgen’s surprise elimination during the semifinal episode? In fact, the decision to give him the boot has been called “the greatest injustice in the show’s history.” And it definitely has teed up what’s sure to be a closely watched final episode on Friday for Netflix viewers in the US.

Jurgen Krauss is the baker from Germany who at least took his dismissal from the show in stride. He told the camera during the semifinal that he sort of felt it coming. Nevertheless, he penned a heartfelt letter to fans that was shared on Twitter. “Who wants to fly to the moon,” he wrote, “if you can be on Bake Off?”

“Who wants to fly to the moon if you can be on Bake Off?”
Here’s Jürgen’s wonderful letter to all you #GBBO fans. pic.twitter.com/v37TK5gJzn

Along these same lines, Netflix in recent days unveiled the trailer for a holiday-themed special episode of Bake Off. It premiers in early December.

As for this season’s finale, I’m rooting for Crystelle Pereira, a baker from London. She’s been incrementally swinging for the fences and knocking the judge’s socks off with each of her recent bakes. Here she is, hugging goodbye to Jurgen upon learning that she was not only Star Baker last week. But that she’s also headed to the finale.