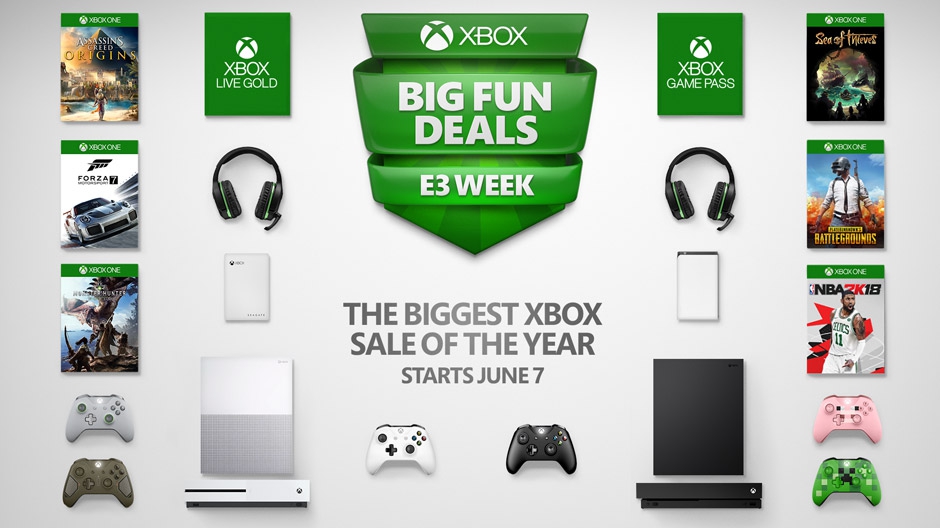 Seven months after its launch, the Xbox One X is finally going on sale for the first time later this week. To celebrate all of the announcements scheduled for E3 2018 this week, Microsoft will hold the Biggest Xbox Sale of the Year starting on Thursday, June 7th. Virtually everything Xbox will be discounted when the sale begins.

The highlight of the sale is the $50 discount on the Xbox One X, bringing its price down to $449.99. Microsoft says the discount will be available at the Microsoft Store and participating retailers from June 10th to June 23rd. Many console makers use E3 as an opportunity to permanently drop the price on a console, so there’s a chance that the discount will be available beyond June 23rd. But if you’re buying one anyway, you might not want to risk it.

The Xbox One X discount is one of many though. Here are some of the other price cuts worth mentioning:

In addition to discounts on newly released titles, gamers will also be able to save on over 300 other Xbox One hits, like Battlefield 1, FIFA 18, NBA 2K18, Assassin’s Creed Origins, Forza Motorsport 7, Destiny 2, and Super Lucky’s Tale. Plus, there will be major discounts on expansions and season passes as well.