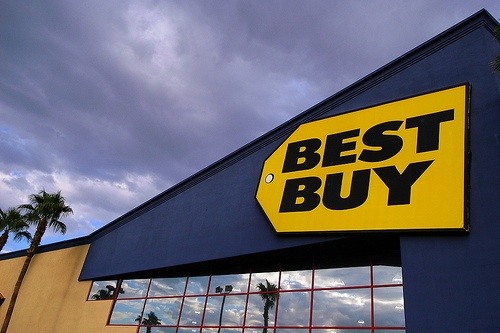 Everyone knows how insane shoppers in the United States get during Black Friday. People fist fight over cheap TVs, steal discounted items from each others’ shopping carts, and even shoot each other over parking spots.  It’s just plain crazy, and since Canada is so close, you’d have to expect at least a little bit of that madness to spill over the northern border, but that’s where you’d be oh so wrong.

CTV Atlantic’s Suzette Belliveau posted up at one of the hottest Black Friday retailers in the world, Best Buy, in order to capture the deal-hunting zombies as they crashed through the door in search of discounted TVs, Bluray players, and all manner of other too-cheap-to-ignore gadgets. MUST SEE: These Black Friday deals on Macs, iPads and Apple Watch are so much better than Apple’s sale

Things looked promising early on, with tons of folks lined up outside. Aching backs, sleep deprivation, and the promise of budget-priced gadget goodies had driven these people from the comfort of their homes, and now they would stop at nothing to secure the sales they craved. Surely the chilly temperatures and long wait for the doors to swing open were making tempers run short, right?

It's not even 6am and these big box stores are already seeing line ups for Black Friday sales in Halifax's Bayers Lake. @CTVAtlantic pic.twitter.com/UItzeVDf2L

Then came time to finally unlock the doors and feed the teeming masses with delicious sale prices and limited time offers. If we’ve learned anything from Best Buy Black Friday sales in the U.S. it’s that things could get messy in a hurry. Prepare yourself for the onslaught!

Oh, wait, this is Canada.