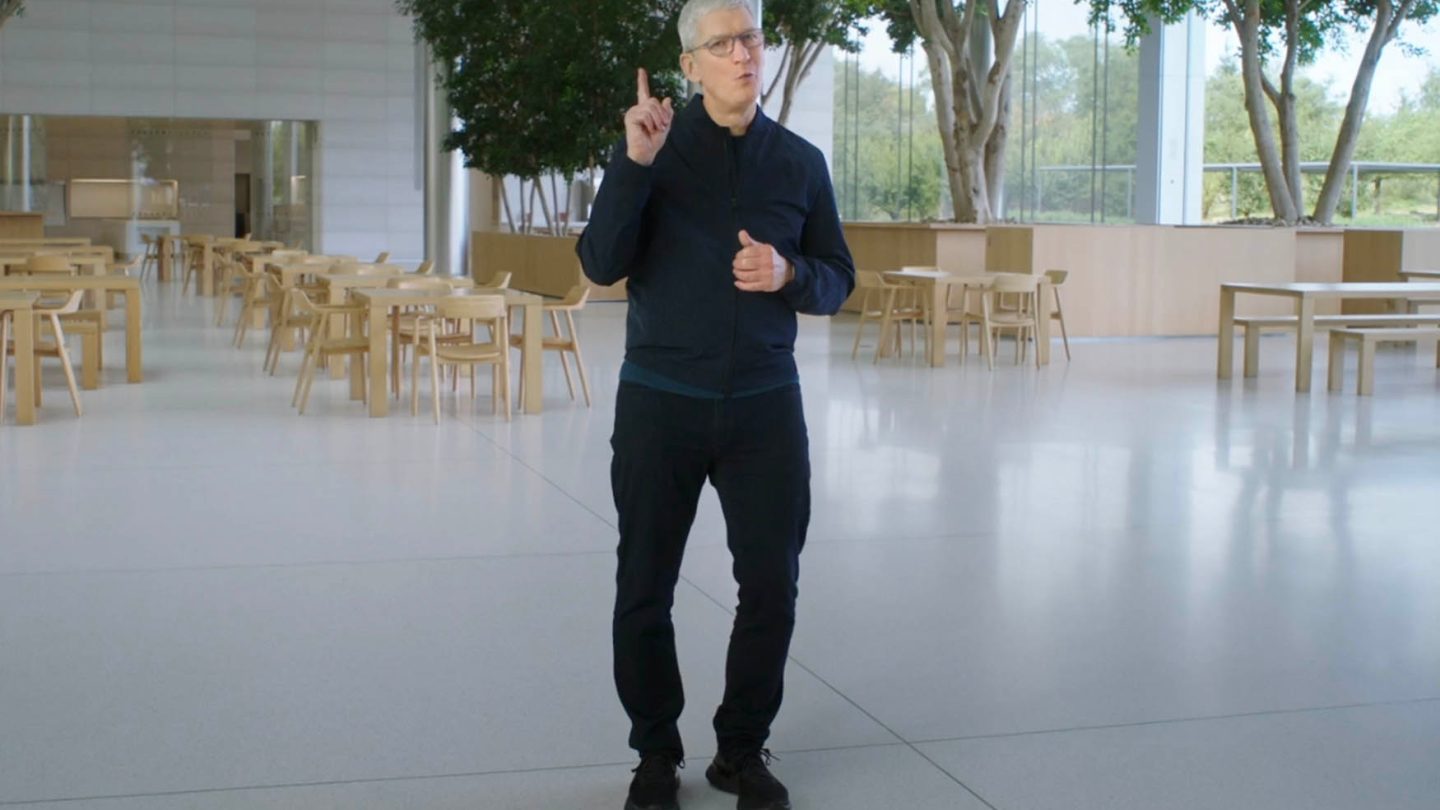 Ahead of the milestone he’ll reach in August — which will mark 10 years since Tim Cook succeeded Steve Jobs as the CEO of Apple, mere weeks before Jobs passed away from pancreatic cancer — a transformation of sorts at the iPhone maker is still underway.

Corporations, of course, exist to pursue commercial imperatives, and the closer we get to Cook’s anniversary, his time at Apple will increasingly be viewed through that lens. On Cook’s watch, Apple became the first company in history to notch a $2 trillion valuation. It’s also teed up new products ranging from a 5G iPhone to Apple Watch, the AirPods Max, Apple is now making TV shows and original movies, it has a video game subscription service, and it’s working on exciting new products like an AR headset and maybe even a car down the line. At the same time, meanwhile, Cook is taking every opportunity he can to define Apple’s place in the world — to try and set it apart as something we often see tech giants aspire to be, a force for good. And maybe even a catalyst for change in the world, when the company is not, you know, busy selling iPhones.

For one example of what this looks like in practice, consider a Wall Street Journal op-ed that Cook penned this week, in which he writes that the coronavirus pandemic has “forced each of us to re-examine and to change how we live, work and relate to one another.” Writes Cook: “When the pandemic recedes, we can’t simply assume that healing follows. It falls on all of us — individuals and communities, companies and governments — to ensure that what’s ahead is not just the end of a disease but a durable and hopeful future for all who sacrificed and endured during this unprecedented time.”

Meantime, Cook on Thursday issued a statement on behalf of the Business Roundtable in support of creating a pathway to US citizenship for “Dreamers.” All of this also calls to mind Apple’s announcement from back in January, the day after Cook said in a TV interview that Apple was unveiling something the next day that would be bigger than any new product. Turns out, it was three (related) things: New products under the banner of Apple’s Racial Equity and Justice Initiative, including the launch of an Apple Developer Academy to teach coding to students in Detroit; making new venture capital funding available for Black and Brown entrepreneurs; and a $25 million gift for the Propel Center, which Apple described as a first-of-its-kind global innovation and learning hub for Historically Black Colleges and Universities.

In a new People magazine interview to mark his 10-year anniversary with Apple, Cook said that “the challenge we all have is to be the best version of ourselves, and to keep pushing the boundaries of what the best version of yourself is. And so that’s what I’ve done.”

Along these same lines, Cook uses his Twitter feed to talk about causes and passions almost as much as he does about new Apple products:

Ten years after the devastating tragedies in Eastern Japan on 3/11, we honor the lives lost. We stand strong with our friends & colleagues in Japan and admire their resilience, courage & strength. 🇯🇵

We all share a responsibility to fight the urgent and ongoing threat of climate change. At Apple, we are investing in solutions and new sources of clean energy, which we hope inspires others to help build a greener world with us. https://t.co/Jp327m1GVv

The horrific violence against the Asian community, as evidenced by Tuesday’s murders in Georgia, calls us all to speak up and take action. We grieve for those lost and stand firmly with our Asian family. We’re supporting groups working against racism & xenophobia.

The American Dream and Promise Act is a promise fulfilled for the over 450 Dreamers at Apple and those across this country. We urge Congress to pass legislation to provide certainty for Dreamers who rightly claim America as their home.

Cook can be a little bit of a tough interview subject, because he’s one of those high-profile people who tends to repeat the same stories and anecdotes, rarely sharing things he might regard as too-personal. In the People interview, he offered a number of memories about his time with Apple, including the fact that he had to cross at picket line to get into the office for his first day at the company.

The protestors were railing against Jobs’ decision at the time to kill Apple’s early PDA, the Newton.

“I was reflecting on (the protest) on the way to elevator to get to my office,” Cook told the magazine. “I was thinking of how I’d been involved in thousands of product announcements and withdrawals and, I have to say, few people cared. And all of a sudden, I was working for this company where people felt so strongly about something that they were out protesting. I knew at that moment life was going to be different.”