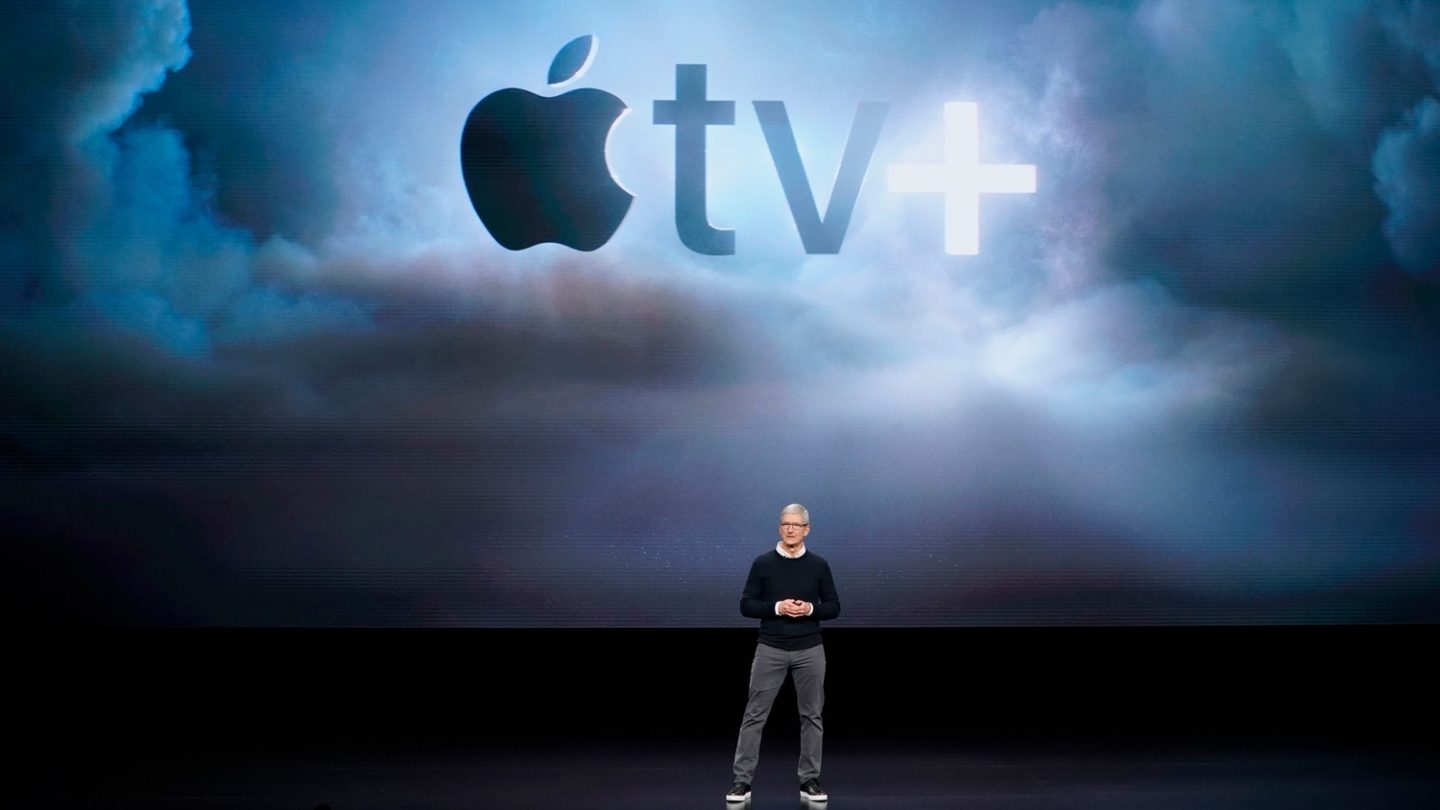 On the same day that Apple decided to release a trailer for what will be one of the higher-profile shows launching soon via its + service (The Morning Show), the price Apple is reportedly weighing for its forthcoming Netflix rival has also been revealed: $9.99 per month.

That’s according to a Bloomberg report published late Monday, which helps fill in some of the remaining gaps in our understanding of the iPhone maker’s streaming TV ambitions. As we said, the company is apparently leaning toward Netflix-style pricing for the service (Netflix’s base plan, for comparison, costs $8.99 per month), though it will have only a tiny fraction of the latter’s library at launch.

Per Bloomberg, + will feature just five shows at launch.

Mitigating that somewhat will be a purported free trial month, which is the same thing you get when you sign up for, say, Apple News+ (the $9.99 monthly price of which kicks in after the free period is over). Some other critical points about + to note are the fact that, while it seems users may have to fork out a Netflix-style monthly price for the service, Apple doesn’t seem to want to follow the rest of the Netflix playbook. Like, at all.

According to a separate report from The Financial Times, Apple has already committed to spending more than $6 billion on content for +, including $300 million on two seasons of the aforementioned The Morning Show. Which, on a single-season basis, works out to more than HBO spent on the final season of Game of Thrones.

As far as how Apple will release shows through +, the library of series would quickly expand from the five at launch over the following months. However, unlike Netflix’s release-it-all-at-once-style of distribution, Apple is also weighing the possibility of offering three episodes of some programs at the start, then rolling the rest out on a weekly basis.

The rumor is that Apple wants to get this up and running ahead of the launch of Disney’s new streamer, Disney+, which is planned for November 12 — and which will cost a few bucks less than Apple’s, at $6.99 per month if you opt for the standalone Disney+. If you want to bundle it, you can sign up for Disney+, Hulu, and + all together for $12.99 per month.

As we’ve tried to make clear on a number of occasions, Apple very clearly doesn’t want to compete toe-to-toe against streaming rivals like Netflix and HBO on a volume basis. A heavily curated inventory of programming is what Apple is going for here, hoping that viewers respond in kind to a comparatively smaller amount of what Apple promises will be high-quality shows and the star power Apple has paid top dollar for (bringing in everyone from Steve Carell to Reese Witherspoon, Jennifer Aniston, Oprah, Jason Mamoa, and Steven Spielberg, to name a few) to go along with them.

Analysts with Wedbush have forecast that + could secure some 100 million paying subscribers over the next five years. It will definitely be interesting to watch how committed Apple is to playing the streaming game, and how strongly the company inserts itself into the hand-to-hand combat of the Streaming Wars.