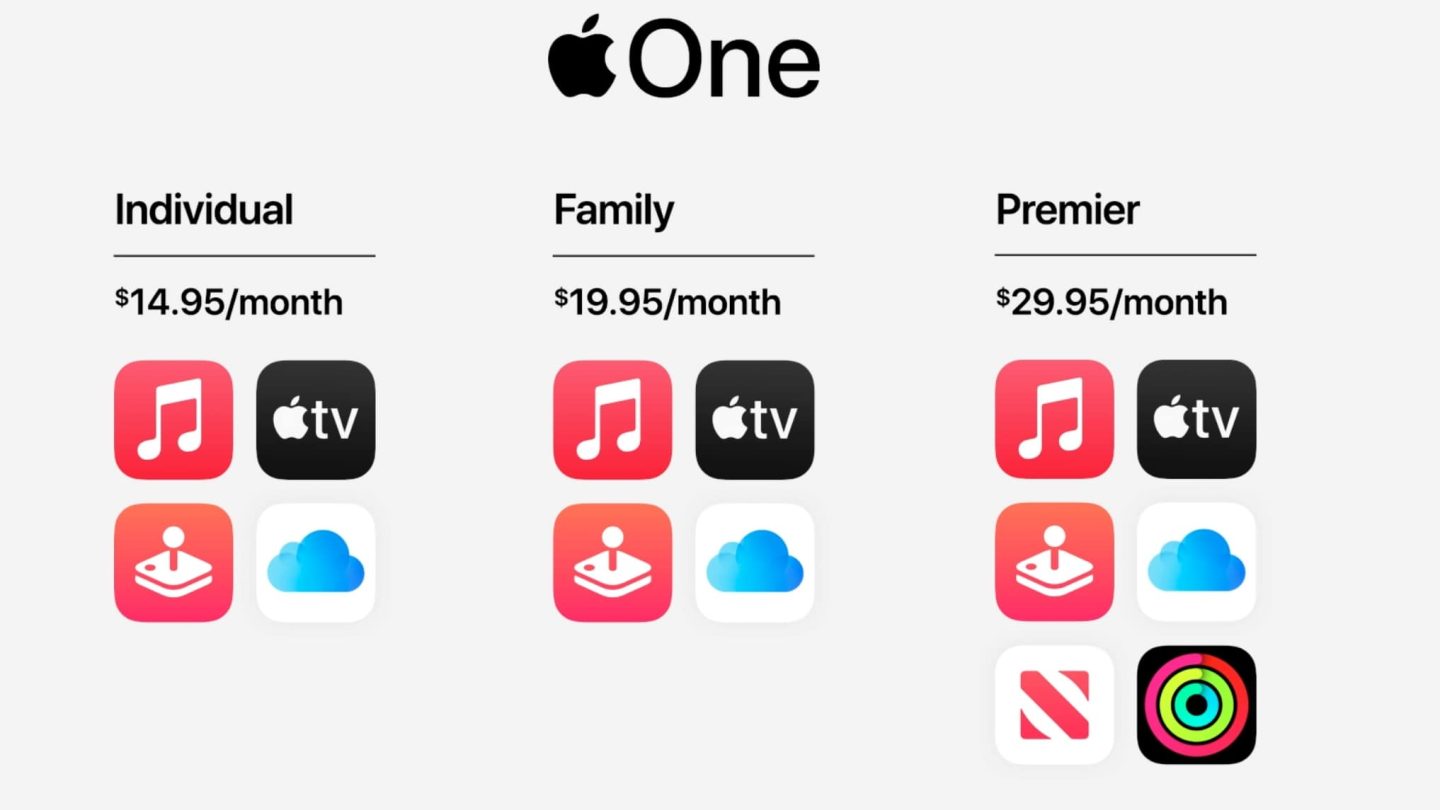 Last month during Apple’s big, annual September showcase event, the company unveiled a new subscription offering — Apple One, which takes the iPhone maker’s existing standalone subscription packages for things like Apple Music and Apple TV+ to the next level. Basically, the company has combined a number of its subscription products into three different bundled tiers, from the lowest price point up to to a high-end tier — and all of these Apple One bundles are now available, starting today.

To sign up, go to “Settings” and tap on your Apple ID, then tap on “Subscriptions.” You should then see Apple One there, and all you have to do next is tap on the Apple One plan that you want. Going forward, when users sign up for individual Apple subscriptions like, say, +, Apple will also start recommending one of the three Apple One tiers that seems best suited to them.

One important note: An all-new Apple offering called Apple Fitness+, which is a new fitness experience powered by Apple Watch, will eventually be part of the high-end Apple One Premier plan once that new workout subscription launches later this year. You can visit apple.com/apple-fitness-plus and click “Notify me” to be notified once Fitness+ is available.

As a reminder, here is a breakdown of what each Apple One bundle consists of, and how much it costs:

Apple One also features a 30-day free trial for any services that customers don’t already have. Users can change or cancel their Apple One plan at any time — and with the Family and Premier plans, up to six family members can access all the included services with their own personal accounts and preferences.