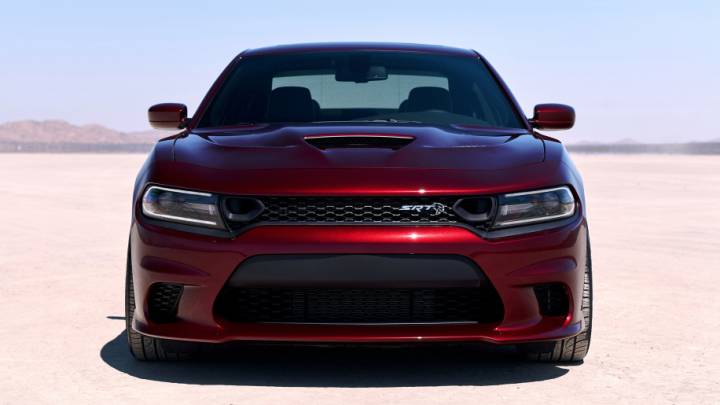 Dodge has unveiled details of a refresh along with some upgrades for its sleek-looking 2019 Charger Hellcat, most of which are under the hood. The changes follow up on some initial teases Dodge gave about the Charger and its sister Challenger model in May.

Those initial details, for example, included an all-new grille with a new air inlet duct beside the headlight. Autoblog has a roundup of some of the other Charger and Challenger specs, like the availability of a satin black hood option and Brass Monkey 20-inch forged wheels. The site goes on to note that “2019 Dodge Chargers will start showing up on dealer lots in the third quarter of this year. If you’re really eager to get one, dealers will be able to start ordering them by the end of June.”

Other reports list additional specs like an after-run chiller, which has the ultimate effect of maximizing horsepower. The 2019 Charger Hellcat also gets electronic line lock for the front brakes and launch assist, which tweaks engine output.

The headlines so far have been generally positive, like this one from Car and Driver: “2019 Dodge Charger Brings Rejiggered Lineup and a Hotter Hellcat”.

The cars look like interesting buys, but all that said, one thing also worth noting is this warning from Detroit Free Press auto critic Mark Phelan: “I wouldn’t advise buying futures in Dodge and Chrysler. Crunch time is coming.”

His reasoning? Partly, it’s Fiat Chrysler CEO Sergio Marchionne’s “obsession” with capital efficiency. The FCA chief executive, according to Phelan, said a few days ago in Italy that 75 percent of the company’s investment over the next five years will be steered to the following: Jeep, Ram, Alfa and Maserati. Leaving 25 percent for other brands. A figure that’s mostly likely “the ceiling for other brands, not the floor.”

“Chrysler and Dodge have shrunk so much that keeping them running is easy and inexpensive by the auto industry’s cash-devouring standards,” the DFP’s critic opines. “Chrysler sells just two vehicles — the 300 sport sedan and Pacifica minivan. Dodge has five — the performance-oriented Charger and Challenger; Journey and Durango SUVs, and Grand Caravan minivan.

“Each Chrysler and Dodge vehicle has a future as long as FCA believes continuing to make them produces more cash than dropping them in favor of something else. The Pacifica, 300, Charger and Challenger are safe for the moment.”