There’s a brief ceasefire in the GameStop (GME) stock war, but that’s only because there’s no stock trading over the weekend. Redditors have flocked to GME and other stocks in recent weeks to battle against hedge funds’ short bets. They’ll probably resume the action as soon as premarket trading starts on Monday morning, with GME having closed at $325 on Friday. But buying can be incredibly tricky, as users have found.

Robinhood, which is probably the world’s most hated trading app after Thursday’s events, still has restrictions in place. Users can only buy a limited number of GME stock with the app. That’s unless they use a brand new trick that lets anyone purchase as much stock as they want, provided they have the funds to cover the trade.

Robinhood crippled trading on Thursday for GME and other stocks that Redditors have been buying in the past few weeks. Purchasing new GameStop shares was impossible on Robinhood and other similar services. However, users could still sell GME. The company responded to the huge backlash online, saying that it needed to halt trading because it needed to abide by certain regulations, without explicitly detailing what transpired. Many accused Robinhood of market manipulation Thursday, but the company was supposedly running out of capital to cover its fees. On Friday, we learned that Robinhood drew $500 million to $600 million in credit from several banks, and this was still not enough. The company appealed to its investors, which handed Robinhood over $1 billion. Robinhood was solvent again and said it would reenable GME trading.

Users were limited to owning five GME shares when trading started on Friday, but that figure dropped to two and then to just one single one. Anyone who already owned GameStop stock would not be able to purchase additional shares. The GME battle involves Redditors willing to purchase stock at any price and Wall Street investors who already have huge short positions that are getting more expensive to maintain as the price goes up. The hedge funds themselves have to purchase more stock to cover their shorts and reduce losses.

The increasingly popular Reddit community at r/WallStreetBets doesn’t seem willing to abandon the fight, and one Reddit user thinks there is a way to buy GME above the limits in Robinhood.

The trick involves purchasing call options instead of buying shares outright. Once those calls are acquired, the user can immediately exercise the right to buy the stock. The resulting price would be near the market price, and anyone could buy GameStop shares as long as they have enough money. This “loophole” works with any other stock, not just GME, with Reddit user adioking offering an example of how things should work:

Exercising calls would result in the purchase of 100 shares per contract, which is why it costs so much. The redditor explained in a comment that anyone looking for more shares than five but fewer than 100 could always sell the difference to reduce the risk.

While it might seem a bit complicated, the secret is out. The Reddit post had nearly 75,000 likes and more than 4,100 comments at the time of this writing, so many people are already aware of the fix to Robinhood’s GME limitation. Time will tell if Robinhood takes additional action to prevent people from using this trading feature.

By Jacob Siegal 41 mins ago 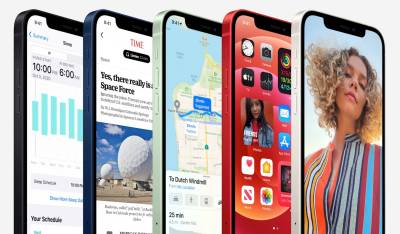 iOS 14.5 has a great new privacy feature for a device Apple hasn’t announced

Robocalls are the worst they’ve been since the pandemic started