After watching the millionth ad play before finally getting to see the movie he’d come to the theater to watch, Stacy Spikes was eventually struck with an idea for a new business.

Spikes is a co-founder and former CEO of MoviePass (we know, we know, but his tenure as chief executive at least pre-dates the company’s wave of troubles), and his new idea is an app called PreShow, a Kickstarter campaign for which has launched today. The basic idea: Watch ads, get rewarded with credit for movie tickets.

This is how the invite-only service is envisioned to work, according to the Kickstarter details. You’d use the app to choose what movie you want to see, then you have to sit through a 15- to 20-minute “pre-show” of branded content that will play on your device. After you finish watching it all, which is sort of the equivalent of sitting through all those ads before the movie starts rolling in a theater, you’ll get credit that can be used to buy a movie ticket.

It sounds simple, but then again, so did MoviePass before — well, if you’re a regular reader of this site, you know the rest. At any rate, there are several important details to be aware of for anyone interested in the PreShow concept, one of which is that it depends on Face ID to log in to the iOS version of the app. That will presumably ensure that it’s really you watching the ads. Also, the app uses facial technology to make sure you’re actually watching the ads and not just starting them and putting the phone down to do something else until they finish. 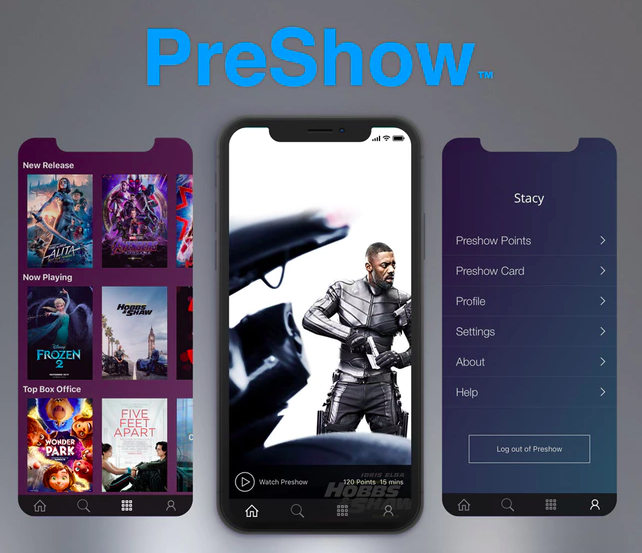 MoviePass, you’ll recall, has invited headaches and confusion as a result of rolling out a wave of different plans, updates, term tweaks and the like. PreShow, at least for now, is adamant that “You can choose any 2D film playing at any theater.” Also, “Saturday nights? Opening weekend? No problem. There are no blackout periods.” The PreShow launch is a closed beta for now, but the link to the Kickstarter has all the details you’ll need if this sounds intriguing enough to take the next step.

“I love attending the cinema,” Spikes said in a statement included with the launch announcement details. “And who doesn’t love ‘free’?  We’ve been working hard developing PreShow. It’s been in stealth mode until now. During this time, we have developed our intellectual property, largely built the technology, canvassed theaters, advertisers, and most important — filmgoers. We’ve tested the platform every step along the way. It’s brought us here … and now, we need your help.”

Tweet
Amazon is bringing video ads to its mobile app