Samsung is going to produce an estimated 300 million smartphones in this year, according to an estimate from market research firm TrendForce. Compared to how large a pile of handsets that represents, the South Korea-based tech giant’s much-hyped experiment with foldable phones is only going to represent a small blip, at least at first. We now know the company is going to start its foldable phone production with at least 1 million units, according to comments from Samsung’s mobile chief DJ Koh as reported by South Korean news agency Yonhap News.

Depending on the market reaction Samsung observes, Koh continued, that number might climb. But he was insistent in his remarks, which were taken from last week’s Samsung developer conference in San Francisco, that, yes, these handsets are going to be extremely niche at the beginning. But the company is absolutely committed to seeing how far it can go here. Samsung, according to Koh, is going to release a new version of the foldable phone every year, the same way it does with its Galaxy flagship devices, and we’ll see the launch of the new foldable phones in the first half of 2019 “no matter what.”

If another Yonhap News report published today is correct, meanwhile, we also know when the phone will launch. According to sources, Samsung will unveil the new device in March. “Industry watchers said Samsung is expected to showcase the upcoming foldable smartphone in the Mobile World Congress in February, ahead of the official launch in the following month,” that report notes, before adding a few other key details. It’s believed the price will be about 2 million won, or roughly $1,770 — which would make the device more expensive than all three of Apple’s newest iPhone variants. Also, according to the Yonhap News report, “Samsung said the upcoming foldable smartphone will fold inward, and will sport a 7.4-inch screen when unfolded and have a 4.6-inch display like a regular smartphone when folded.”

As a further testament to the company’s commitment to this form factor, multiple news outlets are also reporting that Koh met with Google CEO Sundar Pichai two months ago, and both companies have since launched a task force to work on coming up with a software interface for the device. Among the other things we do know is that Samsung wants developers to have optimal app experiences ready to go in time for the launch, as the creation of the task force indicates. However, Samsung appears to be trying to keep expectations to minimum as to whether it expects the device to be a hit product. Per a report from PhoneArena, “Koh predicted that the foldable form factor will not replace the current slab used on the vast majority of smartphones … But the executive said that the work done by his company in developing the foldable phone could lead to future models that will carry a stretchable screen.”

All that said, it’s another reminder that 2019 is shaping up to be a seminal year for Samsung’s mobile business. Samsung’s 10th anniversary Galaxy S10 is coming next year, for one thing, and it will feature lots of exciting technologies like an in-display ultrasonic fingerprint sensor and a brand new camera system, among other highlights. And, of course, we’ll start to get a sense of just how many people will actually want to plunk down cash for a phone that folds, if the device indeed launches in March as rumored.

By Peter Martin 3 hours ago 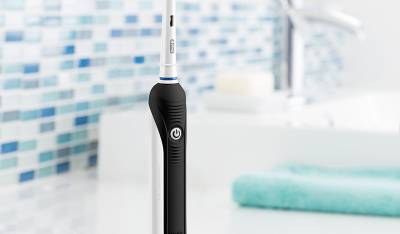 Amazon is blowing out Oral-B electric toothbrushes and Crest 3D Whitestrips, today only

By Peter Martin 4 hours ago