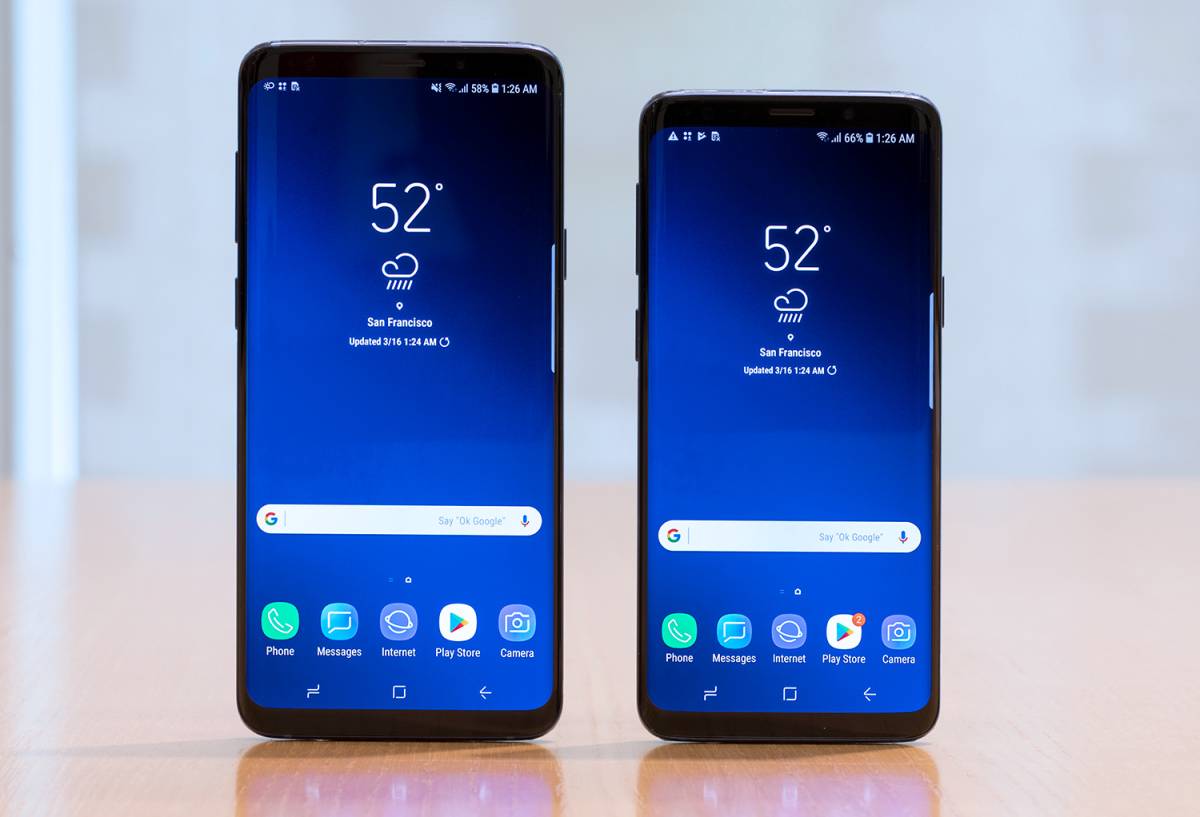 Last year when SquareTrade performed its standard breakability tests following the Galaxy S8 and Galaxy S8+ launch, Samsung fans got some bad news: no phone had ever performed worse in the company’s tests. Samsung’s design featured glass on both the front and back of the phones, and it turned out to be the most fragile construction we had ever seen. That’s exactly why Samsung decided to step things up in 2018 with the Galaxy S9 and Galaxy S9+. In meetings ahead of the phones’ official debut, Samsung representatives stressed that the new Galaxy S9 models featured stronger glass on the front that was 20% thicker than the glass used on the Galaxy S8 last year. What’s more, they said the phones also utilized much stronger 7000 series aluminum than the metal in last year’s flagship phones.

Did those changes pay off? Are the Galaxy S9 and Galaxy S9+ flagship smartphones that were just released this past weekend really less prone to breaking than last year’s Galaxy S phones? SquareTrade put Samsung’s new handsets through the paces in its professional breakability tests, and the results were not good news for Samsung fans.

Did you buy a new Galaxy S9 or Galaxy S9+ over the weekend? Do yourself a favor and buy a protective case. Immediately.

SquareTrade is a third-party gadget warranty provider, so it obviously has a vested interest in showing how fragile popular new smartphones really are. That said, the company’s breakability tests are far more scientific than all the amateur drop tests we see YouTube gadget reviewers post when a new phone launches. While YouTubers typically drop phones by hand in an effort to gab views, SquareTrade takes its time and uses professional equipment to put multiple handsets through its battery of tests. As a result, we can see how durable new smartphones are in a range of different scenarios.

So, how did the Galaxy S9 and Galaxy S9+ fare in SquareTrade’s breakability tests? Not well. Not well at all. 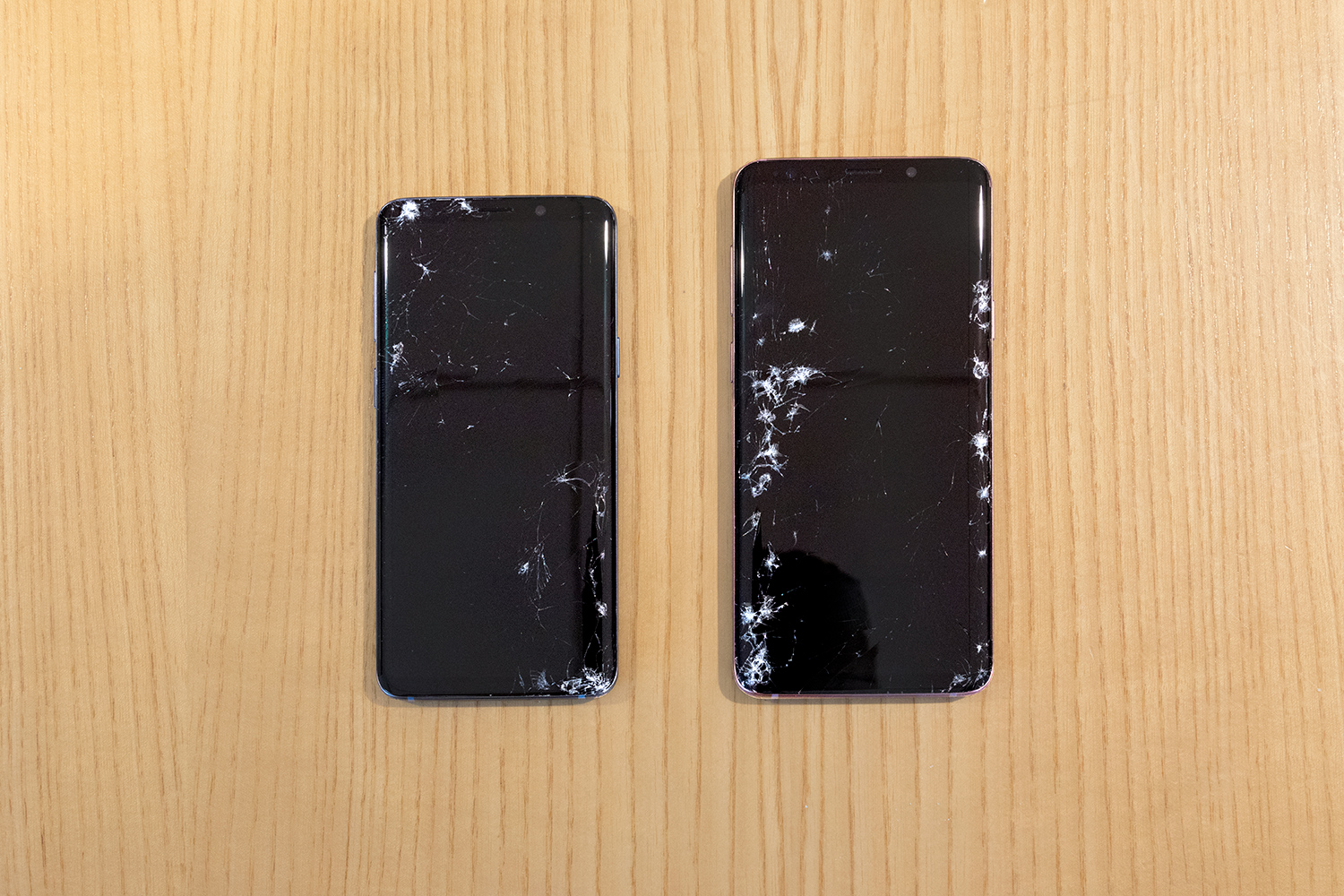 SquareTrade grades phones on a scale of 0 to 100, where 0 is indestructible and 100 is the highest possible risk of breakability. As such, a lower score is better in the company’s tests. Handsets are scored in eight different categories, and then those scores are averaged out to give a final “breakability score.” 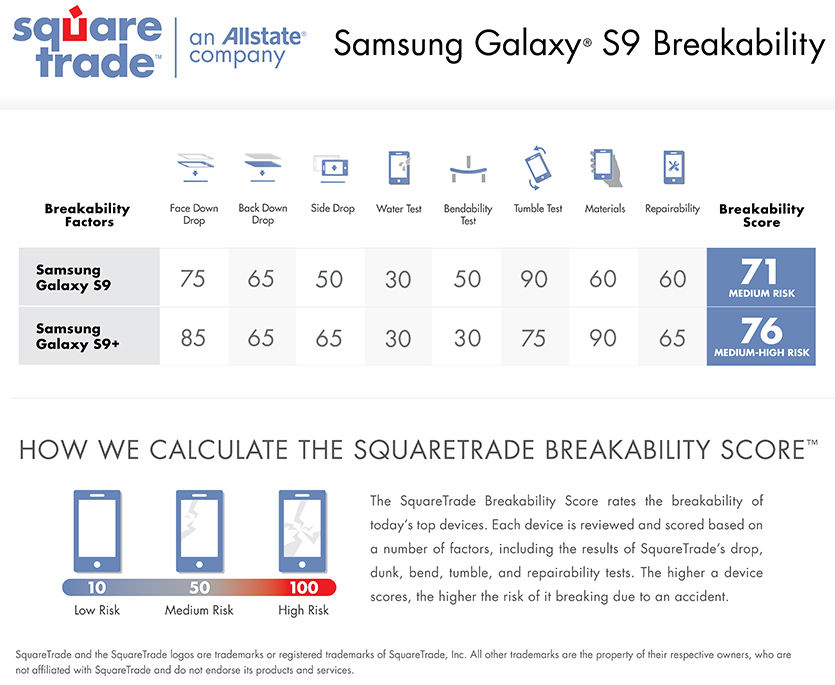 “With the Samsung S9 and S9+, and the iPhone X last year, we’re continuing to see a trend of beautiful all-glass designs that come with a high price tag and high risk of damage from drops and mishaps,” SquareTrade VP Jason Siciliano said. “Our tests and claims data show that even when in cases, they still experience damage. So, while water resistance has improved across the board, all of that glass means that durability has actually gone backward over the past year.”

Here are some of SquareTrade’s key findings, which were shared in a press release: 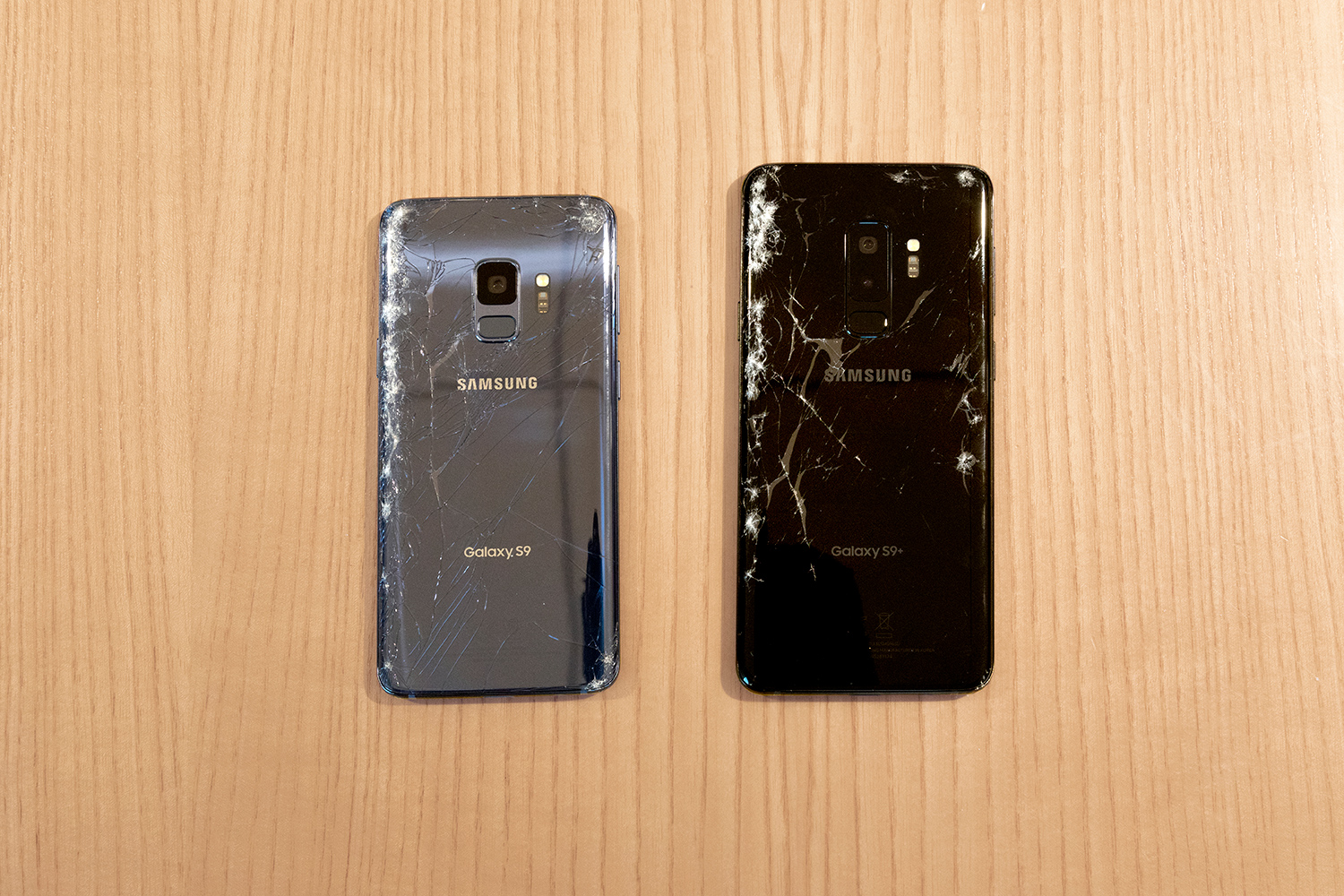 So, what are the key takeaways here? Samsung’s new Galaxy S9 and Galaxy S9+ will almost certainly break if you drop one and it’s not protected by a case. What’s more, a case might not actually save either phone in certain circumstances, which means getting a high-quality case is of the utmost importance. It’s clearly no coincidence that Samsung began offering a same-day Galaxy phone repair service just as the Galaxy S9 and Galaxy S9+ were released.

Below, you’ll find a video from SquareTrade showing Samsung’s Galaxy S9 and S9+ as they go through a variety of breakability tests.