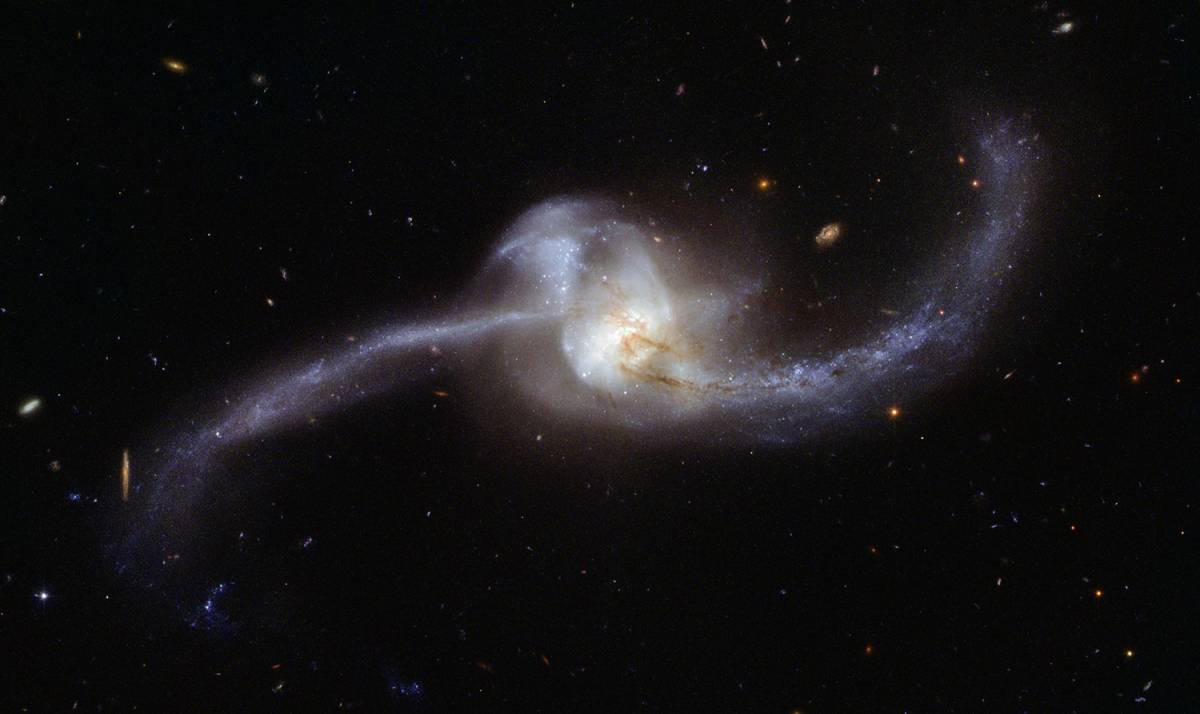 When astronomers at NASA capture images of far-off galaxies, they typically appear only as tiny red dots. These distant celestial bodies are so far away that even the strongest telescopes are usually incapable of distinguishing between the many stars contained within a galaxy. In an exciting turn of events, however, NASA’s Hubble Space Telescope managed to capture a rare up-close view of the farthest and oldest galaxy known to man. In fact, this particular galaxy is so old that it’s nearly as old as the Universe itself.

In a remarkable case of being in the right place at the right time, NASA scientists managed to capture a remarkably detailed shot of a galaxy called SPT0615-JD. The name might not be very catchy, but the significance of this image is huge. The image below shows the oldest galaxy known to man with an amount of detail that should be impossible.

“This Hubble Space Telescope image shows the farthest galaxy yet seen in an image that has been stretched and amplified by a phenomenon called gravitational lensing,” NASA explained in a post on its website.

NASA explains that several early galaxies in this age range have been photographed in the past, they have always appeared merely as small red dots because of their small size and the tremendous distance between these galaxies and Earth. In this case, however, a happy accident allowed NASA’s Hubble Space Telescope to capture a surprising amount of detail. The gravitational field created by a cluster of galaxies called SPT-CL J0615-5746 that sits between us and SPT0615-JD distorted light in such a way that the image above could be captured.

“The gravitational field of a massive foreground galaxy cluster, called SPT-CL J0615-5746, not only amplified the light from the background galaxy but also smeared the image of it into an arc (about 2 arcseconds long),” NASA explained. “Image analysis shows that the galaxy weighs in at no more than 3 billion solar masses (roughly 1/100th the mass of our fully grown Milky Way galaxy). It is less than 2,500 light-years across, half the size of the Small Magellanic Cloud, a satellite galaxy of our Milky Way. The object is considered prototypical of young galaxies that emerged during the epoch shortly after the big bang.”

According to astronomers, the SPT0615-JD galaxy has existed for more than 13 billion years. The Universe itself is believed to be between 13 billion and 14 billion years old, which means SPT0615-JD could be among the first galaxies created by the Big Bang.

Tweet
Holding in a sneeze could land you a week in hospital, doctors say