The ocean is filled with creatures that range from eye-catching and adorable to spine-chillingly deadly, but scientists just discovered a bizarre natural phenomenon that might be even more interesting than the strangest sea monsters. A new research paper reveals the existence of bizarre twin whirlpools capable of transporting vast quantities of water — and any unfortunate marine animals that get caught up in it — hundreds of miles at extreme speeds.

The study, which was published in Geophysical Research letters, describes pairs of long, twisting ocean eddies that have been observed for the very time, and the discovery could change modern understanding of how ocean currents work.

“Ocean eddies almost always head to the west, but by pairing up they can move to the east and travel ten times as fast as a normal eddy, so they carry water in unusual directions across the ocean,” lead author Chris Hughes explains. “My thinking is that these linked, fast-moving eddies could ‘suck-up’ small marine creatures and carry them at high speed and for long distances across the ocean.” 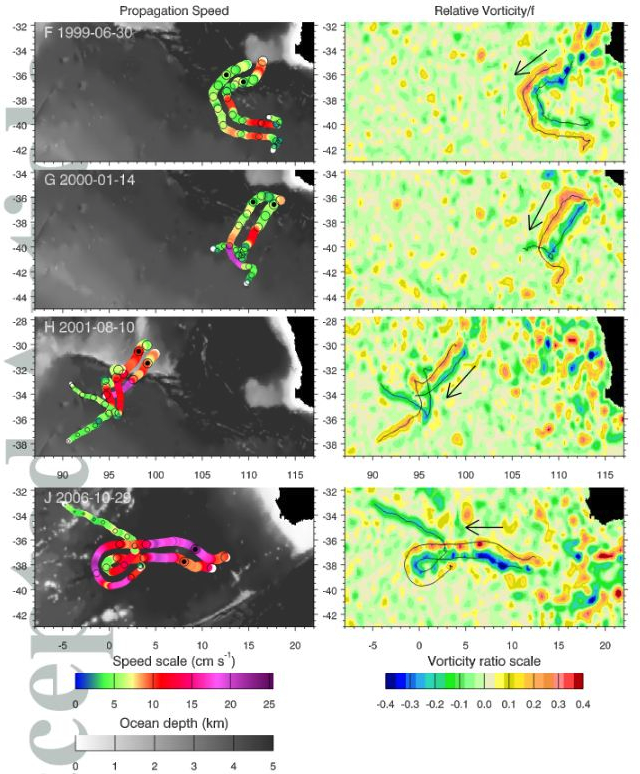 You can think of an ocean eddy as something like an underwater tornado with two ends. The swirling water is sped along the twisting vortex, pushing it from one spot in the ocean to another. They’re a well documented natural phenomenon, and serve to regulate temperatures and transport nutrients over large distances, but fast-moving twin eddies put a new spin on what scientists thought they already knew.

Researchers were able to observe the odd ocean behavior using satellite data to measure the depth at which the eddies took shape as well as the speed of the water within them. The flowing water acts like a two-lane highway, moving in both directions simultaneously.

For any small sea creatures not capable of escaping the vortex, the ride can be a long one. Being swept away to a new area of the ocean might be a boon for some species, but it’s easy to imagine how others may suffer from the trip, especially if they are unable to break free of the current’s grip for a long stretch of time.

Tweet
Newly-discovered asteroid will give Earth a close shave today