Black Friday is a notoriously excellent time to buy TVs. But for anyone anxious to ditch cable and cut the cord once and for all, it’s a golden opportunity to buy one (or five) of a streaming stick to replace your cable box.

This year, the most popular streaming devices, including Google’s Chromecast, Amazon’s Fire Stick, Roku’s Streaming Stick, and the Apple TV are all on big sales.

Do we even have to say it: the best deal on the Fire TV Stick is obviously from Amazon. The stick normally costs $40, but it’s on sale for $25 today. Unlike the Chromecast, Amazon’s streaming dongle comes complete with an Alexa remote to help you cast videos directly to your TV, in addition to the standard smartphone control.

The streaming stick is also on sale at Target and Best Buy for the same price, in case you’re the kind of maniac who actually enjoys shopping on Black Friday.

Google’s popular streaming dongle is on sale everywhere today. The best deal is this $20 off sale at Walmart or Best Buy, which is a significant discount from the regular $35 price. It’s also $25 at Target, in case you happen to already be there.

Roku’s name-brand streaming stick, which normally runs $70, is on sale for $48 today at Amazon. The Roku stick isn’t often discounted, so this is a good deal to jump on.

There are two normal deals on the Apple TV worth talking about a big-box retailers today:

The best deal on Apple’s set-top box, though, comes from AT&T. Sign up (and prepay for) four months of DirecTV Now today, and you’ll get a free 32GB Apple TV. The TV service will cost you $140, which means you’re saving serious money on the Apple TV, as well as essentially getting four months of free TV. A similar deal is also available on the Roku streaming stick. 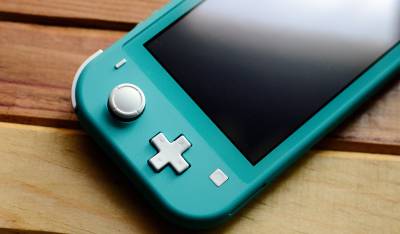