It’s official: Google will unveil the Pixel 2 and Pixel 2 XL on October 4th 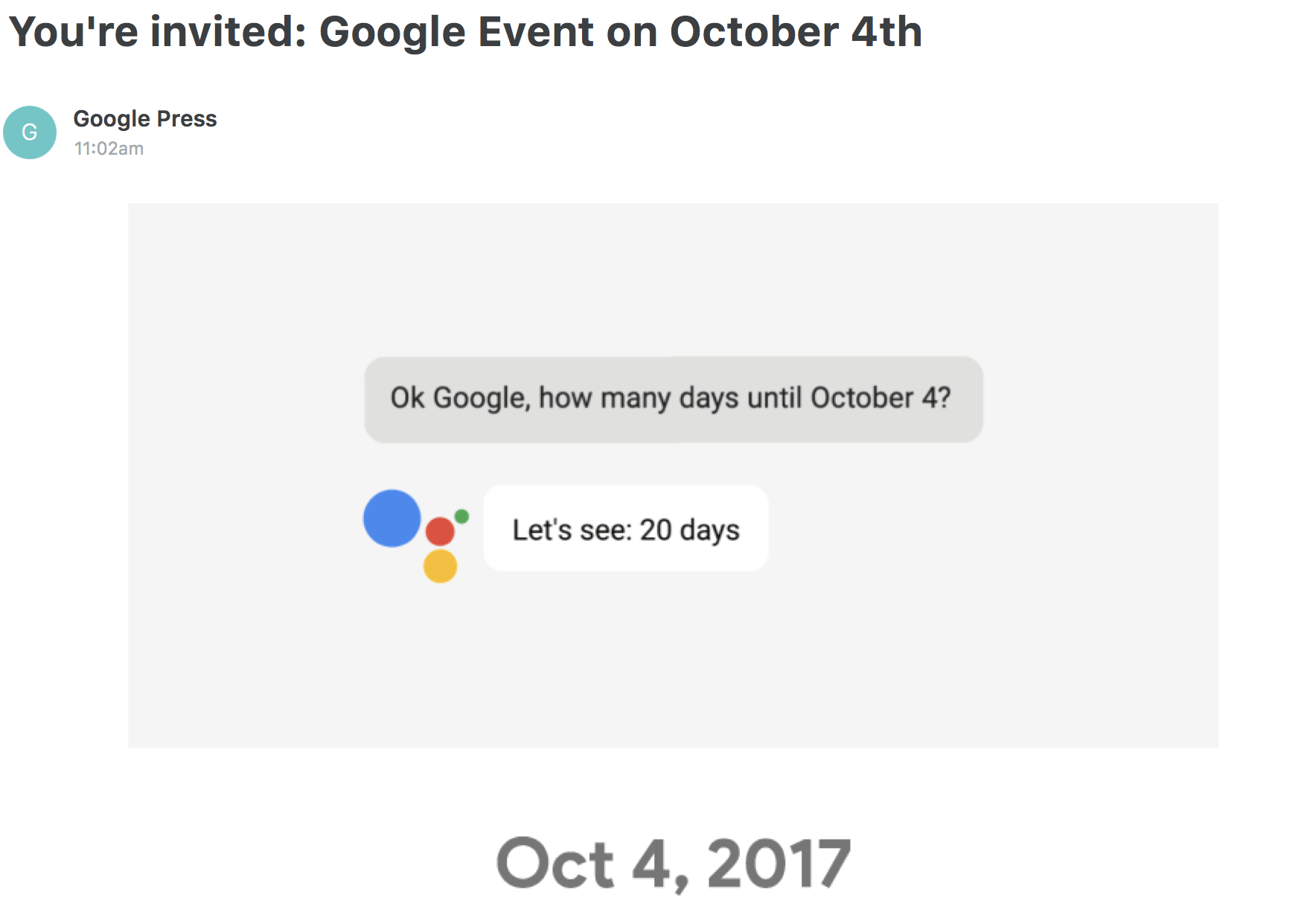