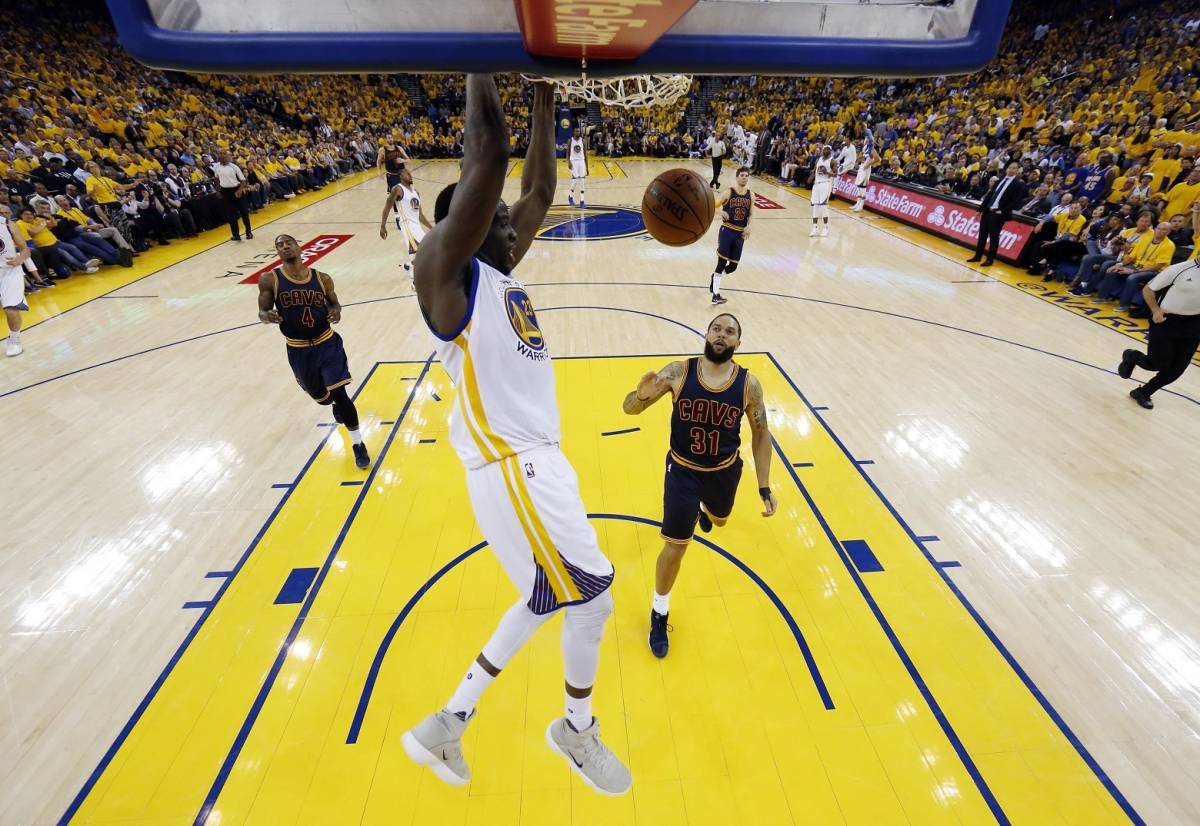 History repeats itself. Once again, the Golden State Warriors and the Cleveland Cavaliers are facing off in the NBA Finals, and once again, the Warriors have taken a 1-0 lead at Oracle Arena in Oakland, California. After beating the Cavs by 15 in Game 1 of last year’s Finals, the Warriors decided to one-up themselves by clobbering Cleveland 113-91 on Thursday. The Warriors outscored the Cavs in all four quarters.

With a crushing defeat behind them, the Cavs will attempt to even the series when the game tips off at 8:00 PM ET on ABC tonight. But in order to do so, they’re going to have to beat one of the hottest teams in postseason history. With their win on Monday, the Warriors became the first ever NBA team to go 13-0 in the playoffs. Not to be outdone, the Cavaliers broke a record of their own… by becoming the first team in NBA Finals history to fail to record a single steal in a game.

If you want to watch the second game of this thrilling rematch, you have a few options. The first is to flip over to ABC on your TV at 8:00 PM ET, where all of the games will be broadcast. You can also watch all of the games live on the ESPN App, but you’ll need a cable login to access the stream.