At this point it’s practically impossible for rival companies to compete with Samsung when it comes to flagship Android phones. For one thing, Samsung’s marketing and advertising budget reaches into the double-digit billions, which is simply impossible for any other Android vendor to match or even approach. On top of that, Samsung happens to be making the best Android-powered smartphones in the world right now. As we explained in detail in our Galaxy Note 7 review, Samsung’s new Note 7 is completely unmatched.

As Samsung’s new Galaxy Note 7 launches in the US and other markets around the world, a new leak just revealed Lenovo’s upcoming next-generation Moto Z smartphone. It certainly won’t come anywhere close to competing with the Galaxy Note 7 where sales are concerned, but eager Android fans should still be excited.

If you haven’t read it already, you should definitely take a moment to read our full Moto Z Droid and Moto Z Force Droid review. Lenovo didn’t do itself any favors by agreeing to make these phones Verizon exclusives in the US at launch. But if you spend even a little bit of time with either of these phones you’ll see just how far Moto flagship handsets have come. These devices are gorgeous, insanely powerful (the highest AnTuTu scores we’ve ever seen), and the modular system Lenovo built is outstanding.

Now, we’ve gotten a glimpse at the next Moto Z phone Lenovo plans to launch.

Twitter leaker The Malignant has posted photos from an unnamed source that appear to show the much-rumored Moto Z Play. According to recent leaks, the Moto Z Play will feature a 5.5-inch AMOLED display with 1080p resolution, a Snapdragon 625 processor, either 2GB or 3GB of RAM depending on the version, a 16-megapixel camera, the new Moto Mod modular system, and Android 6.0.1 Marshmallow with an upgrade to Nougat already in the works. Oh, and it’ll also have a standard 3.5mm audio jack according to rumors — neither the Moto Z or Moto Z Force have a dedicated headphone port.

The phone is essentially expected to be a lower-cost version of the Moto Z, which might even start at around $300 unlocked. The leaked photos can be seen below. 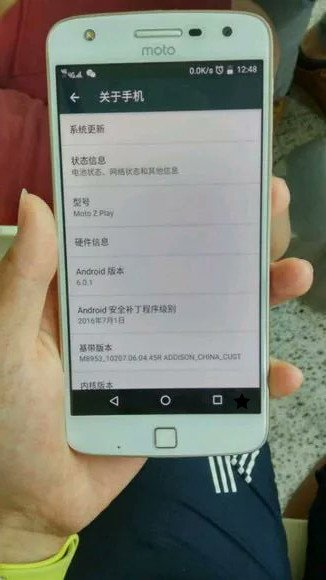 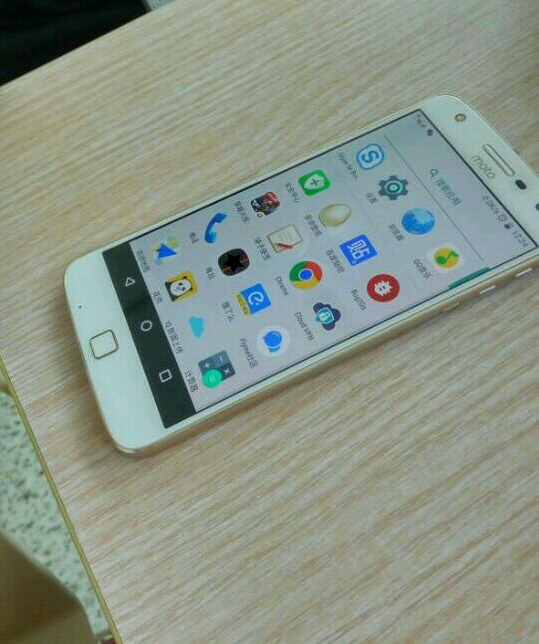 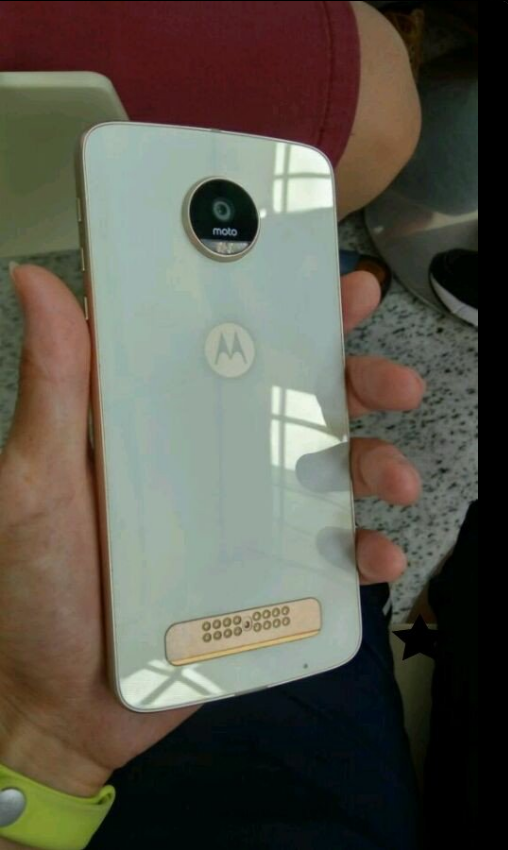