Extensify lets you install tweaks on your iPhone without a jailbreak 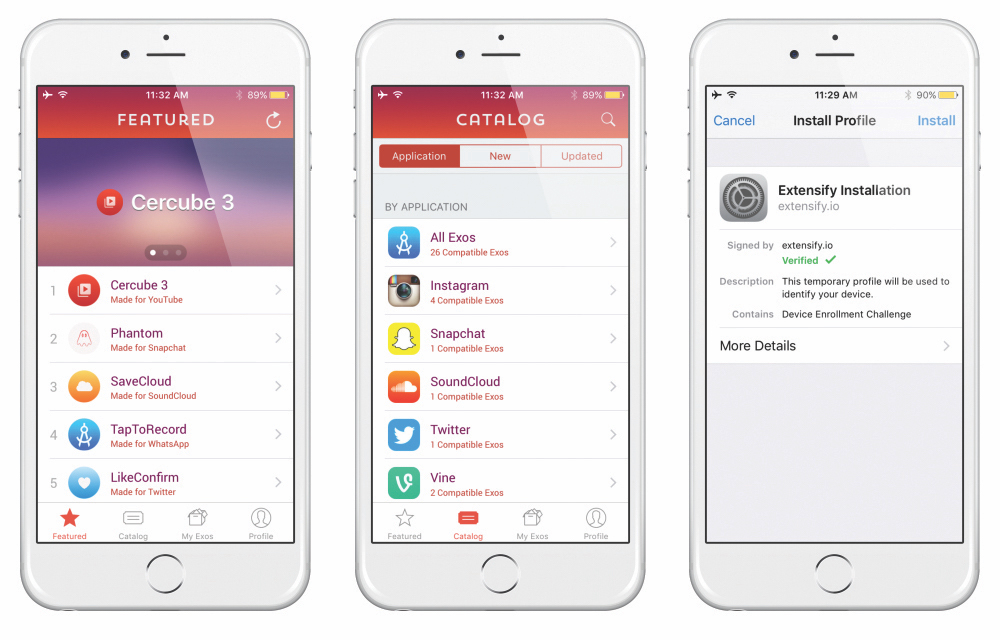 One of the many benefits of jailbreaking an iPhone is the ability to install various tweaks, customizing the smartphone experience far beyond what Apple typically allows. Of course, jailbreaking isn’t for everyone, but just because you’d rather not take the risk of jailbreaking doesn’t mean you have to avoid tweaks entirely.

UP NEXT: Galaxy S7 and LG G5 look great, but Apple will still make all the money

Starting this week, soft launch applications are now open for Extensify — an app that can “extend the possibilities of your iOS device” by allowing you to tweak third-party apps without a jailbreak.

Extensify is basically a storefront for tweaks, but unlike Cydia (the primary jailbreak app), Extensify doesn’t tweak apps that are already on your phone. Instead, the app gives you the option to install tweaked versions of the apps, called Exos, which have a small “+” sign next to them.

So, for example, you can install a modified version of YouTube which will appear on the Home screen as YouTube+. This also means you can have both a tweaked and standard version of an app installed at the same time.

The app is available for any iOS device running iOS 8 or above. You’ll have to apply for a promo code at https://extensify.io/softlaunch/ while the app is still in its soft launch stage, but we’ll keep an eye out for the official launch.

Here’s a short preview of the app from 9to5Mac: