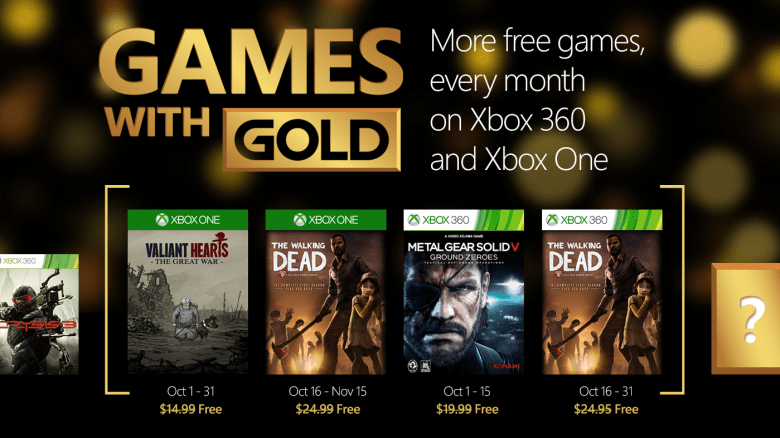 There are already more new games on the market than any of us know what to do with, but that hasn’t stopped Microsoft from moving forward with yet another month of free Games with Gold.

On Thursday, Microsoft announced the Games with Gold selection for October, which includes the complete first season of the critically acclaimed The Walking Dead adventure game on both Xbox One and Xbox 360. Xbox Live Gold subscribers will also be able to pick up Valiant Hearts: The Great War for free on Xbox One and Metal Gear Solid V: Ground Zeroes on Xbox 360.

See all three games in action below:

There you have it: Games with Gold for the month of October. Remember, you still have about a week left to download September’s games, so if you haven’t jumped on the Xbox Games Store yet, be sure to do so soon.