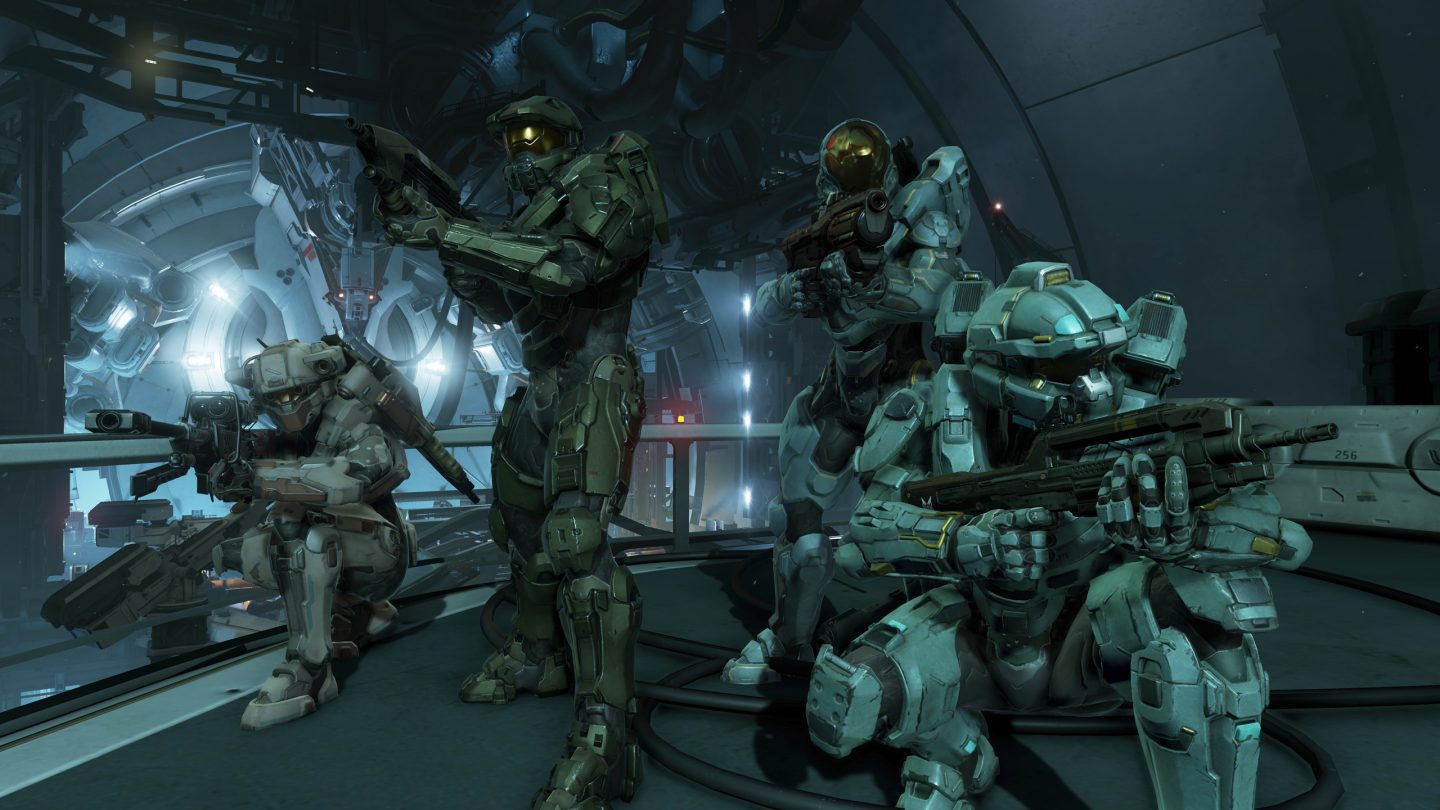 After spending several hours with the Arena multiplayer beta at the beginning of the year and going hands-on with the new Warzone mode at E3, Halo 5: Guardians has quickly become one of my most anticipated games of 2015.

Earlier this month, I had a chance to play through two missions of the campaign for the very first time, giving me a chance to see the final (and possibly most vital) piece of the Halo 5 puzzle. So how does single-player hold up?

DON’T MISS: See all the colossal changes coming to the Xbox One dashboard this fall

If you haven’t read or seen anything about Halo 5 up until this point, I’ll try to catch you up as quickly as I possibly can (but this opening cinematic should help, too).

The campaign will swap between two different perspectives, much like the campaign of Halo 2. One half will follow Master Chief, who has gone AWOL with a group of Spartans known as Blue Team. These Spartans have appeared in the expanded universe of Halo, but never in the games themselves.

The other half of the campaign focuses on Fireteam Osiris, a group of manhunters led by Agent Jameson Locke, tasked with hunting down Chief and the other renegade Spartans.

The Blue Team mission began in a large open space inside of an enormous Covenant ship. Admittedly, I’m a little rusty on my Halo lore, but I wouldn’t want to spoil anything related to the story anyway, so I’ll try to avoid anything that could be considered a spoiler. Instead, I want to focus on the gameplay and the interactions between the characters.

One of the things that I think Halo fans were most concerned about after playing the multiplayer beta earlier this year was how much 343 Industries was going to mess with the formula for Halo 5. Although there are some important distinctions, most of which I’ll highlight below, this is definitely, without a doubt, unabashedly Halo.

The weight of the weaponry, the strength of the Elites, the terrifying sensation when you misjudge the toss of a sticky grenade and it lands under your feet — it’s still Halo. And as far as I could tell, everything that’s changed has changed for the better.

One thing that I loved about the original Halo was the genuine sense of dread in some of the later levels of the campaign. Master Chief occasionally had company on his quest, but there were long stretches where nothing stood between John-117 and the Flood but his trusty shotgun.

In subsequent games, that sense of dread began to melt into boredom, at least for me. The Halo games are traditionally a lonely affair unless you have friends who want to stomp through the campaign with you, but in Halo 5, you’re never alone. I’m certain that there will be players who prefer seeing Chief take on the universe by himself, but the addition of a team (for both Chief and Locke) breathes new life into the story and the moment-to-moment action.

Fighting my way through the Covenant with three companions by my side changed the way I approached every fight. I knew that if I was felled, I wouldn’t always have to wait through a loading screen — one of the members of Blue Team would come and revive me instead. I could also distract an especially tough enemy by directing my teammates to focus their fire on it while I picked off the Jackals and Grunts that were pestering us from down the hall.

About halfway through the mission, we found ourselves outside of the facility being pinned down by Banshee fire. After a few moments of cowering in fear, I managed to find a Banshee of my own and took flight. Suddenly, my teammates were in the air alongside me, taking out enemy Banshees while I blew up the mission targets.

As epic as these dogfights have been in previous games, having three other Spartans flying alongside you will make the battle feel even more alive. But near the end of the fight, as I was coming around a sharp corner, I somehow collided with another member of Blue Team, causing my ship to explode and eject me on to the edge of a nearby structure.

I’m not saying it was his fault, but I’m certainly not taking the blame.

After one more major firefight, it was time to move on to Fireteam Osiris. The first thing that I noticed was that Agent Locke had his own heads-up display, completely separate from Chief’s. Having come from different Spartan programs, it makes sense that the HUD would have evolved, but it was still a nice touch and one that helped me distinguish between perspectives.

Each team also has a discrete dynamic (and it certainly doesn’t hurt that Nathan Fillion lends his voice to the Fireteam’s Buck). Where the Blue Team is relatively self-serious, Fireteam Osiris sounded almost overconfident — assured that they’d track down the most famous Spartan in history and bring him to justice.

The Fireteam Osiris mission took place outdoors, which gave me more room to improvise in battles. Although there are a few minor cosmetic differences, the gameplay wasn’t noticeable different. After all, these are still Spartans, and they move around the battlefield in basically the same way as the Blue Team.

The mission itself was where 343 Industries had a chance to flip the script, leading Locke and crew through a gorgeous landscape filled with enemies, all while searching for clues of Blue Team’s location and avoiding a giant Kraken (seen below).

Considering how large the level was, vehicles played an important part in the journey from one end to the other, both for Fireteam Osiris and for their opponents. I began to feel a bit overconfident myself after spending a few minutes mowing down enemies in a Ghost, but just as I was beginning to relax, a Wraith’s plasma cannon nearly blasted me out of existence.

The whole mission culminates in an invasion of the Kraken that’s been slowly trailing the team from the moment they arrive. After hopping in the ultra-maneuverable Phaetons, we took out as much weaponry as we could from the exterior of the Kraken before boarding, shooting the reactor and escaping before the whole thing exploded behind us.

I’m not sure whether or not Halo 5’s campaign is going to make me invested in the story once again after years of indifference, but I can say with certainty that I’m more intrigued about Master Chief’s journey, and the journey of those surrounding him, than I have been since Halo: Combat Evolved.