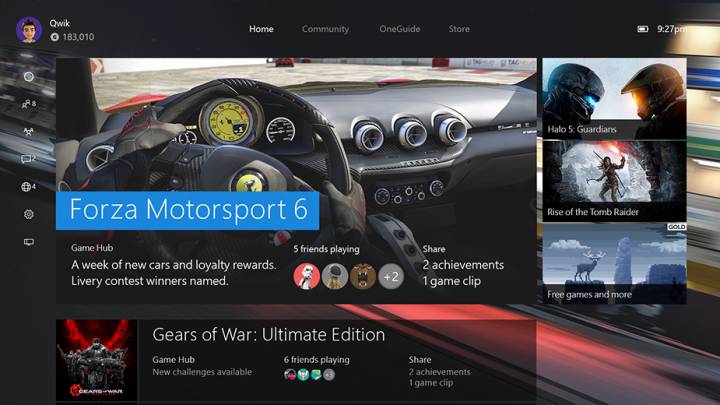 Microsoft has been promoting the New Xbox One Experience for months now, but this weekend, preview program members are finally going to get a chance to take the updated software for a spin.

In a post on the Xbox Wire, Larry “Major Nelson” Hyrb announced that the NXOE (I know, doesn’t exact roll off the tongue) is being distributed to some preview members this weekend. After this initial rollout, Microsoft is planning to continually update the preview in the coming weeks until the public release in November.

The Xbox One has improved dramatically since launch, but the team knew that the interface needed work. With the fall update, Microsoft is hoping to get everyone to the content they’re looking for faster than ever. The Home screen, the Guide, the Store, the OneGuide — they’ve all been overhauled.

We listed our favorite upcoming features in the New Xbox One Experience in an earlier post, but if you want to actually see the update in action, you’ll have to watch the video preview below: